Hawaii Still Backs Paris Climate Accord Even If US Doesn’t

This year, when protests erupted in October in Santiago, Chile, and the annual global climate change summit known as COP25 was canceled, a hush fell over the COP world. Were the climate talks dead?

But then Spain and Chile partnered to move the negotiations, the side events, and all the activities of 25,000-plus attendees to Madrid. While the talks were not quite dead, they definitely developed a limp.

This was the 25th UN Climate Change Conference. Countries have been meeting for the past 24 years to tackle global warming under the UN’s Framework Convention on Climate Change.

Why was this an important year, and what does Article 6 mean? Do we even need COPs anymore?

While delegates scratched their heads about these questions, perhaps most important for us was the question of what does a small state like Hawaii have to do with all of this?

This was an important year because it would have closed out the rulebook for the Paris Agreement, and outlined the rules of the game that all countries agreed to cut emissions and keep warming to well below 2 degrees. Once Article 6, the main sticking point of the agreement as to how carbon credits would be traded and counted, was hashed out, countries could begin implementing their voluntary pledges.

Well, all countries except one — ours. Next year, the U.S., at the federal level, will be out of the global negotiations. So, that’s where Hawaii comes in, along with other sub-national entities in the United States. Hawaii sent two state officials as part of a larger delegation of states and other subnational and non-state actors — or, all entities other than countries that play in this field.

As an aside, while most climate action actually takes place at this local, non-country level, talks by sub-nationals have the minimizing name of “side events” — we are working to change that. The states’ delegations included officials from California, Washington, Massachusetts, Maryland, Minnesota, Hawaii and Tennessee.

All except Tennessee are part of a 25-governor U.S. Climate Alliance of states that is working to uphold and go beyond the U.S.’ pledges under the Paris Agreement.

Together, these states make up 55% of the country’s population and a massive collective economy of almost $12 trillion — the third largest in the world if it were a country, after the U.S. and China.

In short, at the state level, the majority of the U.S. is still in the Paris Agreement and what it stands for.

In addition to closing out the rulebook, Chile proclaimed this a “blue COP” to put a spotlight on the oceans and the cryosphere — the free and frozen waters that make up more than 75% of the planet’s surface.

“In this blue COP, Hawaii’s voice also echoes the voices of all islands facing the unprecedented and existential effects of climate change,” said Scott Glenn, CEO of the State Energy Office, who was in Madrid.

Hawaii brought attention to the fact that the biggest global sink for carbon dioxide and heat is now in deep trouble, and that Hawaii is feeling the effects of this trouble.

I delivered DLNR’s message: this is different; in some places, up to 80 percent of coral was lost in the 2015 event. In 2019, Hawaii faced its biggest coral bleaching event yet — the third in the past six years — where once these were almost nonexistent.

So, while the feds failed to come through at COP25, Hawaii continues to build on climate action. The upcoming statewide conference will highlight what we are doing to adapt to the impacts of this troubled ocean and cryosphere.

On Jan. 13 and 14, 2020 we aim to put communication at the center of our research, implementation and engagement. We will bring together our local experts, activists, scientists, and artists, with filmmakers, journalists, writers and policymakers from other states. As we unfurl the components of a Climate Ready Hawaii, we need everyone to know what’s happening, and to engage in action that will make our oceans whole, decarbonize our economy, and develop a vision for the future.

Whether you think the COPs and the UN serve a useful role depends on whether you believe in global cooperation. Countries worked to eliminate small pox, limit nuclear proliferation, and end two world wars. Can we work together to tackle the issue of our time in the Anthropocene?

For our Island Earth, we need solutions that will make us more resilient. And where better to find such solutions than Hawaii.

Editor’s Note: On Jan. 13-14, Hawaii will hold the second annual climate change conference (climate.hawaii.gov/conference) to discuss how the state is making Hawaii climate ready. The public is encouraged to attend and bring digital devices to take advantage of interactive participation. 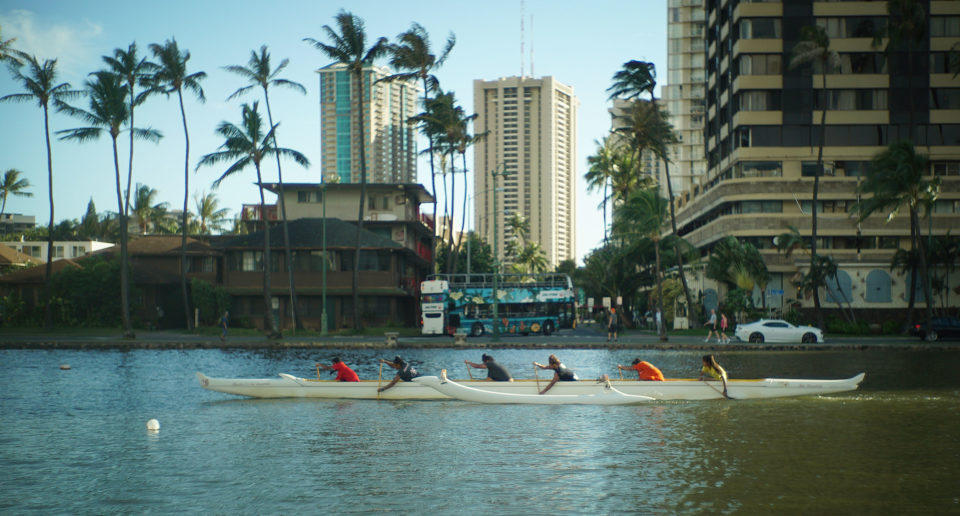