Neal Milner: We'll Get By With A Little Help From Our Friends

Neal Milner: We'll Get By With A Little Help From Our Friends

Forget government action, local action by local people is what will make the biggest difference in getting through the pandemic. 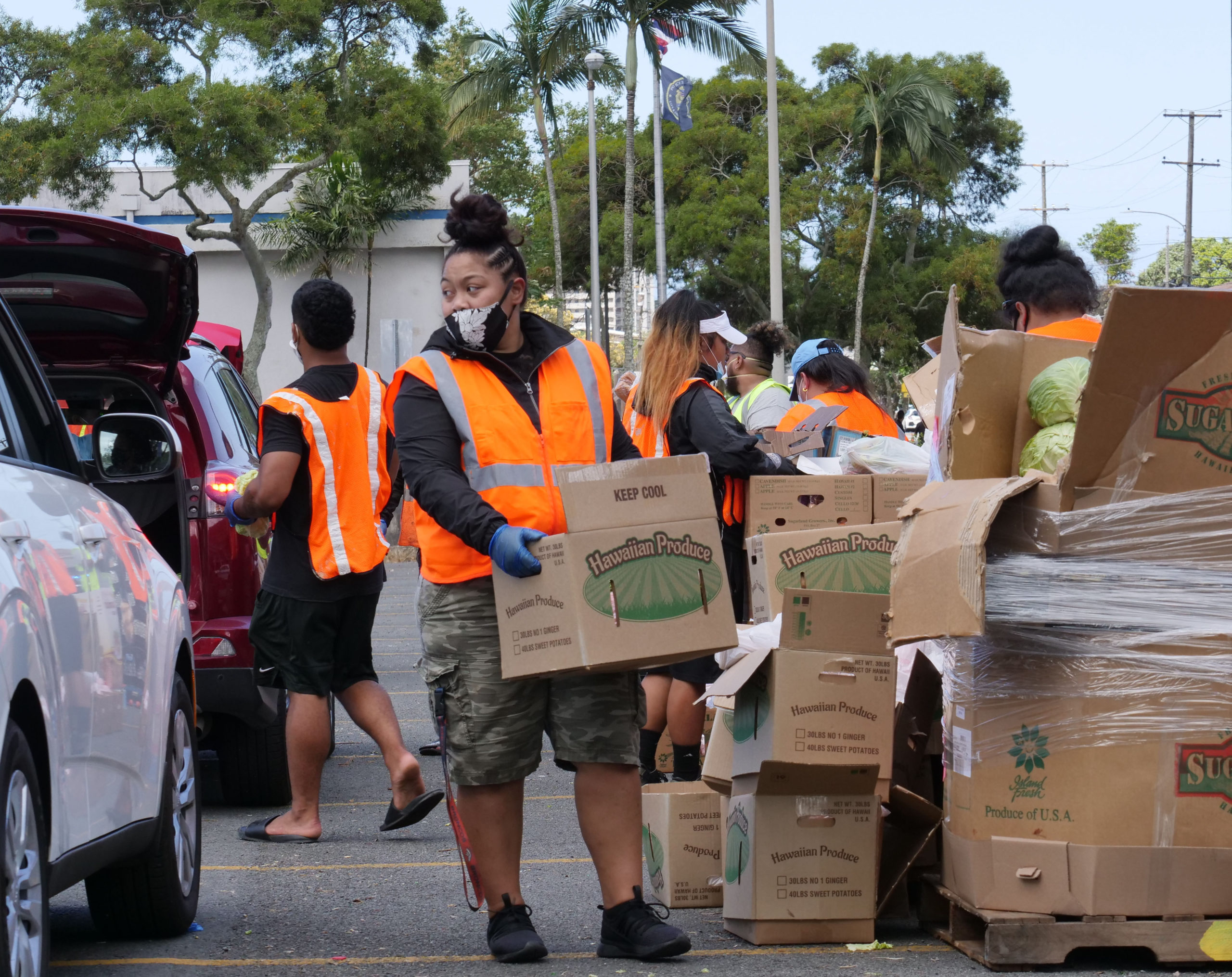 “Transformation” is now a pandemic-response buzzword, as in Hawaii needs a transformation of its economy or we need to transform tourism by making it more sustainable.

It is about visions, “fresh” ideas, policy-speak, all connoting big institutions, big concepts and big optimism.

In reality, transformation is a gaudy Mom-Pop-Apple Pie term glossing over what Hawaii is going to be like over the next few years.

The problem is that transformation-talk sweats the big stuff when in fact for the everyday person trying to survive in Hawaii it will be about sweating the small stuff, like “Where do I get food?” and “What happens if I lose my apartment?”

One bright spot during the pandemic has been the actions of average citizens to help their neighbors.

In fact, despite all this big picture blather, it has really been the state’s average citizens who have done amazing things during the pandemic, relying on friends, neighbors and informal social networks to pull people through the crisis.

They sweated the small stuff in ways that under the right circumstances could be a model for Hawaii’s future.

Two terms describe these heartwarming, powerful responses: social infrastructure and localism, but that is getting ahead of ourselves.

The News Is Not Good

The good news — the only good news — is the state’s coronavirus rate, the lowest in the nation.

Everything else is bad news. Hawaii is the most economically fragile state in the country, according to the Hawaii Appleseed Center For Law & Economic Justice. (Disclosure: I sit on the foundation board but had no role in this study.)

Six in 10 of this state’s households have at least one person who has lost income since mid-March. That is the highest in the nation.

Already a third of people here have either missed a rent or mortgage payment or don’t know how they will make the next one. That’s the fifth highest in the country.

We will see a lot more disconsolate, disoriented and displaced people coming down the pike, and for a few years at least.

The most up-to-date economic indicators show that three years from now, the state’s economy will have recovered only two-thirds of what it has lost in barely a month.

Let’s focus on those three years.

Where will help come from during that period?

Overall, the coronavirus pandemic has demonstrated the failures and limits of government.

It’s not just Donald Trump with his coronavirus fantasies, unwillingness to act as a unifier or his phony-federalism dump of all responsibilities on the states.

The problem is systemic from top to bottom, including the Centers for Disease Control and Prevention and the Food and Drug Administration.

And Congress as a savior? Over the next three years, the best we can hope is that Congress allocates enough to get people through this mess in a humane, just way.

If your reaction to that is “that’ll be the day,” you’re not alone. In fact you are like most of America.

Few Americans trust government, and that trust has been spiraling downward for a number of years. According to a 2019 poll, only 17% say that the federal government does the right thing all or most of the time.

Trust in Hawaii’s government is even lower.

The Problems Have Been Around A Long Time

There is little reason to be optimistic about Hawaii’s government response because economic problems exacerbated by the pandemic are longstanding, structural and quite possibly intractable.

Low wages, the lack of affordable housing, homelessness and a one-dimensional economy have plagued Hawaii for a long time. So has the fact that about half of Hawaii is one paycheck away from having no money to fall back on.

And, of course, so have the political leaders’ claims that they will fix all this.

These are structural problems that government has not been successful mitigating under normal times. All of a sudden we are going to make sweeter lemonade because the lemons are more sour than ever?

And the public is going to turn around and trust in our politicians’ ability to do this?

So the next three years are likely to rely on the same sorts of things that people here rely on all the time: friends, families, networks of non-government people figuring out how to help people in need.

It is the difference between a guy in a $150 aloha shirt and casually elegant pants lecturing about “sustainable tourism” and a Local 5 hotel custodian trying to figure out how to make up for her lost wages and how to pay off her sudden debts.

So now let’s look at the upside, the way strong social infrastructure and localism have gotten so many people through the epidemic.

Social infrastructure is a set of physical places and organizations that shape the way we interact, like neighborhood libraries, parks, street corners, neighborhood groups and schools.

They make the idea of community into a lived experience, a place where folks gather and become familiar with one another.

Places with strong social infrastructure do much better in disasters because people watch out for and check in on one another. It saves lives.

When the pandemic hit here, people quickly formed food distribution systems, some very elaborate. They checked on and shopped for their elderly neighbors. A group formed to follow up on whether visitors were obeying quarantine. And those substitute graduation ceremonies were about more than just sentiment.

It is a form of localism. Localism has a pedigree. It is a national movement with many supporters of all political stripes. David Brooks calls it “a revolution.”

Localism is about putting focus on friends and neighbors dealing with the concrete issues immediately around you. Neighborhood problems, small solutions.

You do what you can with what you have — with a little help from your friends.

Instead of thinking of solving “the homeless problem,” you can try to find a place to live for your now broke and unemployed friend or neighbor.

The fundamental question driving localism is this: How can we do this without having to get government involved because (a) they have no resources to give us and (b) bureaucratic rules interfere with getting the job done?

If politicians are involved at all, they tend to be at the local level.

Hey, I am as interested in transformation talk as the next person. I was an academic. Big ideas were the azuki beans on my shave ice.

But remember this: It’s a long and winding road from ideas to implementation.

People in Hawaii have already turned away from government. Few of us vote. We don’t trust politicians.

Social infrastructure and localism are kernels of optimism because they highlight the power and capacity of civic life.

Considering the limits of government and peoples’ increasing distrust, that approach is the best we can do.

It is a way of doing something in a political world that is dreadfully noisy and essentially moribund. 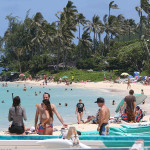 Hawaii Should Not Rush To Fully Reopen Tourism

The Honolulu "localism" developed and nurtured the 44th American President of the United States of America.  That "localism" on Beretania Street and Manoa Valley(UH-Manoa, Punahou School) was non African American.  The national "localism" of NYC produced POTUS #45. I pray for Minneapolis. Is normalcy predicated on "localism?"  Bumbye, I go plant more avos and bananas.....

Milner is correct.  It's relationships with other people that are more important than the relationship with government that will get us through.

Please check your facts before quoting or writing opinions. Donald Trump or any President can not legally tell governors what to do.  This is a medical issue and legally is under the jurisdiction of the governors.