Where in the World Do We Send Our Recycling? - Honolulu Civil Beat

California received the largest amount of recyclables from Hawaii in 2019, according to public records obtained by Honolulu Civil Beat.

“I don’t know if what I recycle … is ending up in Malaysia or something where it’s being burned and making people sick,” she said. “I just want to make sure what we’re doing is pono.”

At the time the Hawaii Department of Health, who oversees recycling, told Civil Beat the end destination of recyclables was “confidential business information.”

“DOH verifies that the materials go to appropriate end-users, but we do not maintain a database with this information,” wrote a DOH spokeswoman in an email. Recycling centers submit the destination of recyclable aluminum, bi-metal, glass and plastic to DOH on paper forms.

But after working with the Civil Beat Law Center and DOH, “Are We Doomed?” received destination information for Hawaii’s recyclables in 2019.

The latest episode digs into the data and explains what it means for Hawaii residents looking to be environmentally friendly with their waste.

“What surprised me most about the data was the fact that almost everything collected is exported out of state,” said DOH’s Solid Waste Coordinator Michael Burke via email. “I always assumed that more was kept locally than the numbers bear out.”

Hawaii doesn’t have a traditional recycling plant in the state, so the vast majority of the 56 million pounds of aluminum, bi-metal, glass and plastic collected by the state’s Hi-5 program last year had to be transported off-island.

Much of that was sent to California. Hawaii receives a lot of shipments from California, but doesn’t produce a lot of goods that need to travel to the mainland, so recycling companies can take advantage of those empty container ships.

Plastic bottles travel up a conveyor belt to be crushed at a processing center on Oahu.

But it’s not likely that much of Hawaii’s aluminum, bi-metal, glass and plastic is actually recycled in California, said recycling expert Roland Geyer, because the state doesn’t have many recycling plants.

Instead, Geyer, a professor of industrial ecology and pollution prevention at UC Santa Barbara, said the recyclables likely come into California at the port of Long Beach or Los Angeles and then travel elsewhere in the country or world.

The DOH only collects information about the first transport of recyclables from the Hi-5 program, not the final destination.

For plastics that could mean transport to states in the southern U.S. to be shredded into polyester fiber, while aluminum might be sent to the southwest or northeast. But 10 million pounds of Hawaii’s recyclables were sent outside the country last year.

But the amount of plastic sent to China dropped dramatically as China began restricting imports of recyclables.

“Most likely … it could be a reporting error because all export data is currently submitted to us by hard copy and transposed into our system database individually by hand,” he said via email. “Alternatively, the export could have been managed by a third party broker located in China and the end user location was never updated when we received the final shipping reports.”

Or he said the shipment could have been part of an earlier contract signed before China’s import ban took effect.

To fill the hole left by Chinese companies, recycling centers in Hawaii started selling their plastic to companies in India, Indonesia and Malaysia.

The recycling process often isn’t as environmentally friendly as many hope — it’s one of the reasons why China is pivoting away from the industry — and environmental groups are raising concerns about the impact American recyclables will have on communities in Southeast Asia.

Like plastic, most of Hawaii’s aluminum was sent to California. But Geyer said it’s noteworthy that almost 400,000 pounds of aluminum was sold to companies in Saudi Arabia last year.

He expects Saudi Arabia, and other countries on the Arabian Peninsula trying to diversify their economies, will become major players in the global recycling market.

“They have… their energy use, essentially, for free so they can start up energy intensive industries,” he said.

Before traveling across an ocean, aluminum cans are crushed into “bales” that can weigh between 700 and 900 pounds.

In 2019 Hawaii sold 97,000 pounds of bi-metal to companies in California for recycling.

The large majority of recyclable glass — 28 million pounds — was also sent to California, although a smaller amount of glass was sent to South Korea every month until August.

Why Don’t We Recycle On-Island?

Recycling is a business, and collection companies on-island choose where to send the state’s recycling based on economic factors like shipping costs, contracts and how much the buyer is willing to pay.

“I would encourage everyone to really rethink the economic thinking there,” countered Geyer.

Virgin materials are often cheaper to use than recycled materials, especially plastic because the price and demand for oil are low, so Geyer said if communities want to recycle they’ll probably have to subsidize the process.

“A recycling facility, yes, is a business to some extent but I think it also would be something that just provides a really important and valuable environmental service to a state or to a community,” he said.

“Are We Doomed? And Other Burning Environmental Questions” is funded in part by grants from the Environmental Funders Group of the Hawaii Community Foundation and the Frost Family Foundation.

Want to hear more? Check out Civil Beat's other podcasts.

Are We Doomed?! And Other Burning Environmental Questions

What the heck is reef-safe sunscreen? Where does all the trash go? Why is it so hot? Join Civil Beat as we tackle your questions about Hawaii's environment. Smart. Irreverent. Never boring. This is not your grandma's science podcast.

Offshore is a new immersive storytelling podcast about a Hawaii most tourists never see.

Studies have shown that when local journalism disappears, government financing costs go up, fewer people run for public office, elected officials become less responsive to their constituents, and voter turnout decreases. Our small nonprofit newsroom works hard every day to present local news in a deep and transparent way, without fear or favor. We also rely on donations from readers like you to keep us afloat. The more support we receive; the stronger, more sustainable our journalism becomes; the more accountable we are to you. Please consider supporting our Honolulu Civil Beat with a tax-deductible gift.

You can subscribe to Civil Beat's podcasts on Apple Podcasts, Spotify, SoundCloud and your favorite podcast app.

Is The Pandemic Creating More Litter?

Is There Environmental Racism In Hawaii?

Can Aquarium Fishing Be Sustainable? 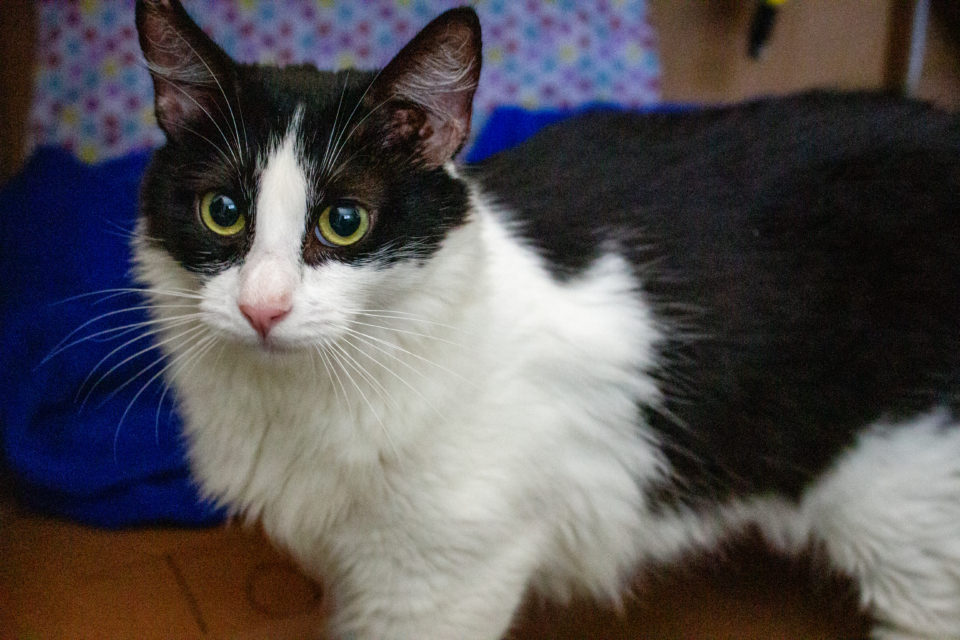 Are Cats Bad For Hawaii’s Environment?