Chad Blair: Stressed About The Election? Pot Might Help

Legislation to allow more states to permit medical or recreational marijuana is on a number of ballots. 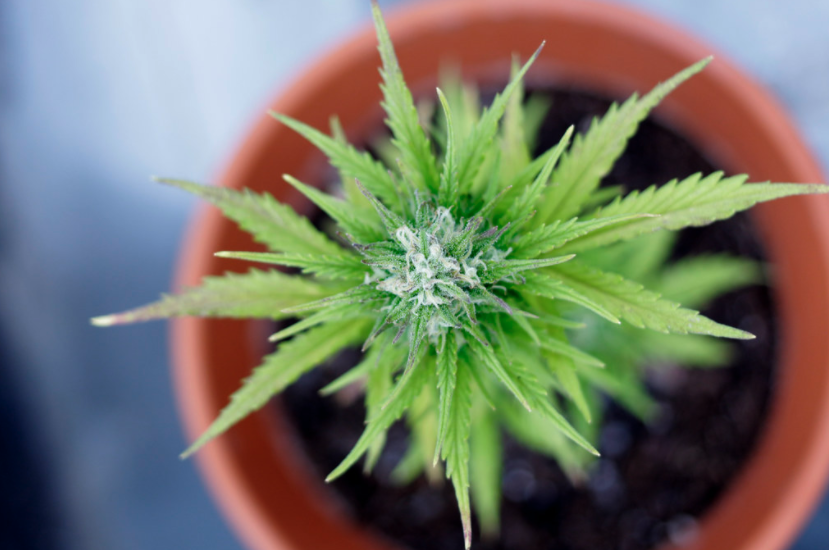 Anxiety. Depression. Insomnia. I will cop to experiencing a little of all three these days, especially anxiety.

To state the obvious, it’s been a hell of a year. And now we are in the final hours of a bizarro presidential election, which many expect will be tied up in legal challenges for some time to come.

In a number of U.S. cities workers are boarding up businesses in anticipation of possible outbreaks of violence. Backers of President Trump have been halting traffic and chasing down a Biden-Harris bus. Non-scalable fencing was temporarily installed around the White House perimeter on Monday. And, while “Trump Anxiety Disorder” is not clinically a real thing, therapists say it is nonetheless on the rise since the last election.

Even in Hawaii, Trump caravans have been spotted around the state for weeks now. A friend Facebook Messengered me over the weekend with this message: “Today, Halloween 2020, my hand was smacked by a biker as I flipped off Trumpers across the street. Are they being flown in? I thought we were a blue state but it’s getting scary.”

To be fair, about 40% of the country appears to love this president, and about 30% of Hawaii. The same news article that reported on Trump Anxiety Disorder also said that “Trump and his supporters, for their part, have their own term for a malady they see as afflicting only reactionary, anti-Trump progressives: ‘Trump Derangement Syndrome.’”

But I bet a fair number of Trumpers are nervous about the outcome of the election, too.

Which brings me to marijuana.

The Honolulu Star-Advertiser reported last month that there are efforts to add anxiety, depression and insomnia to the list of debilitating conditions that qualify Hawaii patients for medical cannabis.

“If approved by the Department of Health director, the trio of conditions would be the first added to the list since 2017 and would make Hawaii one of only a handful of states to accept anxiety as a qualifying condition,” the newspaper said.

We will know shortly whether the DOH will go for the idea, but I have my doubts. The S-A said that only four states allow medical cannabis for anxiety or anxiety disorders, and none allow it for depression or insomnia. While very serious afflictions, they don’t seem quite on par with what the state currently includes as a qualifying debilitating medical condition — cancer, glaucoma, lupus, epilepsy, rheumatoid arthritis, HIV, AIDS, PTSD and MS.

But if the DOH does allow it, it’s a good bet that the number of patients registered with the Hawaii Medical Cannabis Registry will skyrocket from the current 29,000 or so. It will also illustrate again the gradually vanishing line between medical cannabis and recreational pot.

As of June 2019, 14 states (including Hawaii) and territories have approved adult-use cannabis, according to the National Conference of State Legislatures, while 33 states, D.C., Guam, Puerto Rico and the U.S. Virgin Islands “have approved comprehensive, publicly available medical marijuana/cannabis programs.”

“If all these measures are approved, the United States would go from having 11 states in which marijuana is legal to 15,” Vox says. “Counting by population, that would mean more than a third of Americans would live in a state with legalized marijuana, up from more than a quarter today.”

The times they are a’ changing, and fast.

It was just eight years ago that Colorado and Washington state legalized pakalolo for personal use and sales. I still recall how astonished I was during a visit to Colorado Springs a few years back when an old friend produced a bong and proceeded to share it with his grown daughter and her boyfriend as if sipping a digestif. Talk about a Rocky Mountain high.

The times they are a-changing’, and fast.

One other big pot-related issue is also on the ballot Tuesday, one that could upend national laws.

In September, the U.S. House was expected to vote to decriminalize marijuana, but the vote was postponed in large part because of continuing debate over another coronavirus relief package. The House is certain to stay in the hands of Democrats, however, while it is possible as of this writing that the Senate and White House will fall to the same party.

If that happens, the Marijuana Opportunity Reinvestment and Expungement Act of 2019 — as it is called — may be given new life. The MORE Act, among other things, would remove marijuana from the list of scheduled substances under the Controlled Substances Act and eliminate criminal penalties for manufacturing, distributing or possessing marijuana.

“Millions of Americans have fallen victim to the failed War on Drugs, tearing families apart, disproportionately harming minority communities, and overcrowding an already strained prison system,” Gabbard said in a press release last year announcing the bill. “Marijuana use is a personal choice and should not be a criminal act.”

I agree. Should it help people relax a little, cheer up and sleep soundly, all the more power to the MORE Act.

Win or lose, this country is in need of some serous healing — with or without masks. 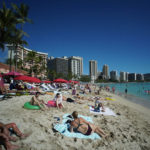 Eric Stinton: How Do We Transform Hawaii's Complicated Relationship With Tourists?

"If the realities of differences of opinion drive you to drugs then you are not capable of surviving the simplest of things, daily life."Yep, couldn't quote it all @anopenmind - but great commentary.Here are a few things I've learned about Oregon. The political dominance of the highly populated, far-left urban areas centered around Portland and Eugene is real.  The more rural moderate/conservative folks do not have enough population to make a large enough impact.  TV ads for the pro drugs and 'social welfare' measures were crafted to appeal to the hypersensitized emotions of the already left-leaning.  The few counter arguments available to review were buried deep in the voter pamphlets for those who wanted to make the effort to understand both sides.  I don't think Hawaii will follow a path that is any different.  I was looking at the vote count and the blue skew is still worse than Oregon's.  And it won't get any better what with the wealthy leftist newcomers able to afford 'living Hawaii' replacing middle/working class kamaaina.

Why are not the politicians of this state pushing to make it recreational for all? It's ridiculous that you can still get a ticket for recreational use. Of course you don't allow it to be sold to children or around schools, but you can tax it greatly & grow it here easily.Seems to me to be a win-win for everyone. I do hope that they passed this upcoming bill, because the majority of Americans support it.

Not for me! Can barely handle life sober -- don't even wanna try while high.