Danny De Gracia: Rail Is A Hot Mess And Everyone Knows It - Honolulu Civil Beat

Danny De Gracia: Rail Is A Hot Mess And Everyone Knows It

The project began on the ballot. Maybe it should go back before voters to decide its future. 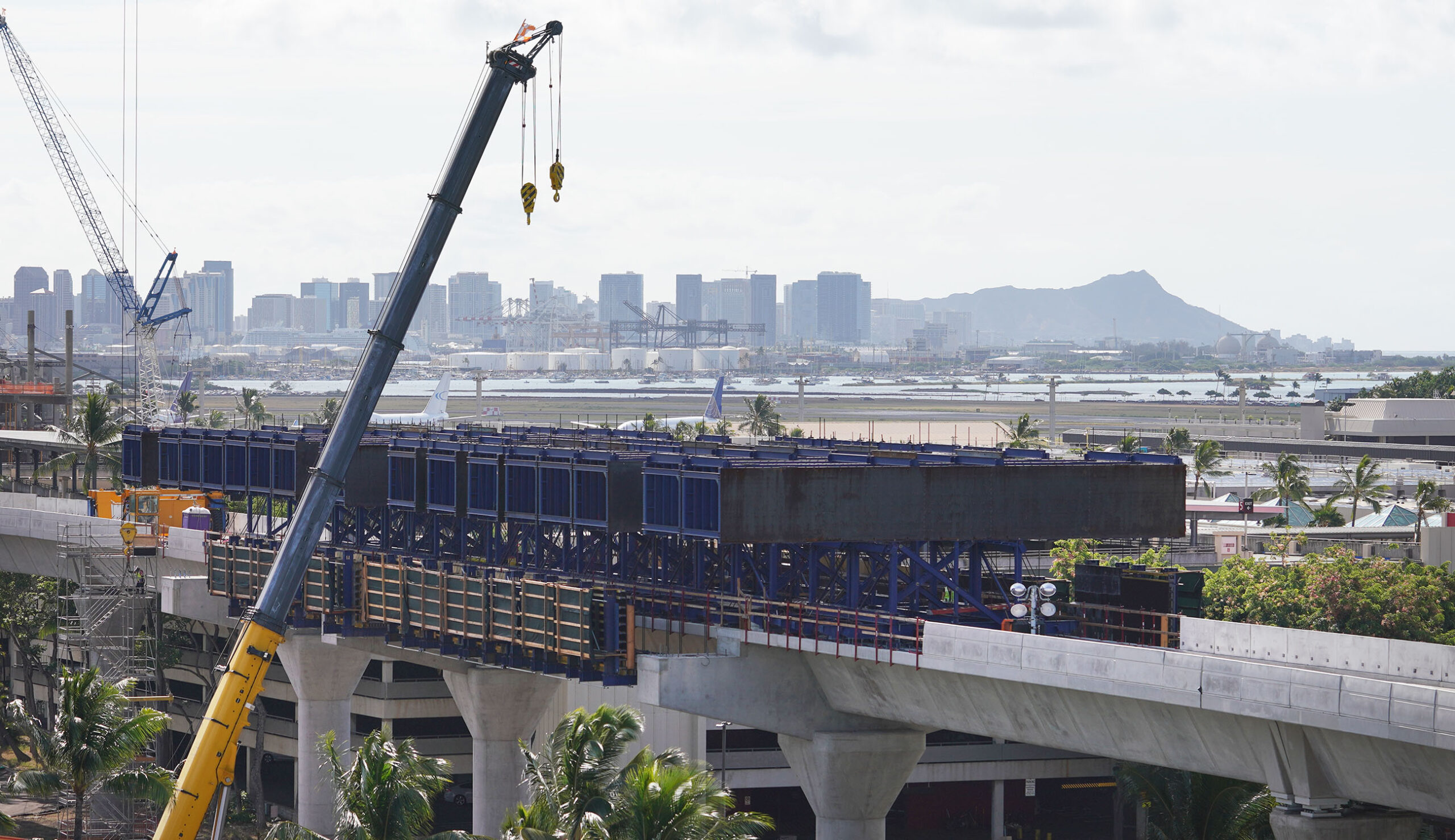 Former Secretary of Defense Donald Rumsfeld once said that in Washington, “If you can’t solve a problem, just make it bigger.” This is precisely the situation we find ourselves in with Honolulu rail, where every single mayor or city council member faced with this quagmire has simply succumbed to surrendering more time and more taxpayer money in the hopes of fixing it.

Predictably, more than a few eyebrows were raised last week by residents when it was suggested that completion of the rail might take as long as 13 more years and now cost a whopping $11 billion.

Back in the halcyon days of the late 2000s, you’d have thought from the endless stump speeches, well-curated PowerPoint presentations and glowing technical research papers pushed by rail proponents that this thing would pay for itself and be a done deal in a short time.

In September, rail construction was going strong in the Middle Street/Keehi area.

Now, nearly a decade later, we find ourselves in a new Honolulu where most of the ardent water-carrying career politicians for rail have either retired, been defeated in multiple elections, or simply lost their voices to champion rail as ferociously as they did before.

Of course, we are “smarter” now than we were a decade ago; we now no longer consider it a conspiracy theory to say that the project was over-promised, and under-delivered from the very beginning. Voters who once reliably knee-jerk voted for pro-rail candidates are now unresponsive to millions of dollars worth of union and special interest messaging in elections, and are picking political newcomers over establishment insiders.

Rail is a hot mess. The voters know it. The city and state know it. But in spite of this, no matter how much candidates promise to build rail better, the rail has shown itself to be a cancer on the face of Oahu that is draining the lifeblood of local taxpayers.

Like so many other things in this state, we go on doing the things we know we shouldn’t keep doing because there is a kind of emotional sweat investment where we say to ourselves, “We’ve come so far on rail, how can we possibly quit now?”

The last thing any local politician wants on their watch is for Honolulu rail to end up like the Ryugyong Hotel in North Korea, a massive edifice left incomplete simply because money and political willpower to finish it dried up. When money, prestige, and power are all on the line, politicians often default to their classic pattern of fixing problems by making them bigger.

Don’t get me wrong, I’m very impressed with the new mayor-elect and the new city council that will be taking the helm. I know they are all very eager to do something about rail, but there is only so much one can do with things as they are now. It’s time for us to ask this question: Maybe the mistake we’re making is leaving the decision of rail’s future to our elected officials?

Rail Is Too Important To Be Left To Elected Leaders

If there is anyone who should shoulder the risk and responsibility for the next steps on Honolulu rail, it should be the voters. This entire crisis began with a ballot question pitched to voters; perhaps it should likewise end (or continue) with another question placed before voters. The incoming Honolulu City Council should make it a priority to get a ballot initiative that asks voters an in-their-face, to-the-point question: “Should the city cancel Honolulu rail?”

Perhaps voters should have to decide the future of the beleaguered Honolulu rail project.

This is something that both anti-rail and pro-rail supporters should embrace. Yes would mean yes, no would mean no. With this type of question, Honolulu residents would either carry the blame for committing their pocketbooks to more rail costs, or get the glory for sparing themselves more pain with a decision their leaders are too chicken to make.

In the final analysis, voters are the ones who empower demons or unleash better angels in a democracy, and with all due respect, Honolulu voters need to be forced to make the call on rail’s future.

It’s too convenient to blame special interest groups, secret cabals in government, unions, and “pilau politicians” for the mess our city is in. I say let’s revisit the entire project with a plebiscite that forces Honolulu voters to be responsible for their own outcomes.

So much has changed since this project began. We need to know where the public stands on this, and we need the legitimacy of a new vote on rail to have the mandate to move forward. 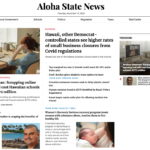 As sensical as a vote would be, this idea is about 4 years too late.  If we would have had this option on the ballot, when the then mayor was to be elected in 2016, it may have made sense.  However, after PRP and the unions paid to get Caldwell elected again, and he falsely promised to build rail better, on time and on budget, whatever that meant, we lost the opportunity.  What is obvious to even rail supporters (not sure who that is now aside from union leaders), is that rail is a failure, not that the purpose was to really work as a mode of transportation, it conceived as another bloated government works project that would enrich those involved.  What needs to happen in my mind is for government to admit its mistake and come to the table with a way to salvage something from rail given the funds it has in hand.  Whether that means ending at Middle St. or Chinatown, the end must be final.  No further, no more funding, no more BS.  No thoughts of Ala Moana or UH, no more rail ever!  This transportation means is centuries old and will be decades before the first car runs, meaning it is already obsolete.

Just hit me....the solution is to vote out all the democrats who did this to us.  No other way out!

So if you cancel it, what then?  We have to stare at it for the rest of our lives?