TheBus Should Be Free

Eliminating bus fare would protect the health of riders and operators, lower Honolulu’s sky-high cost of living and promote a greener future. 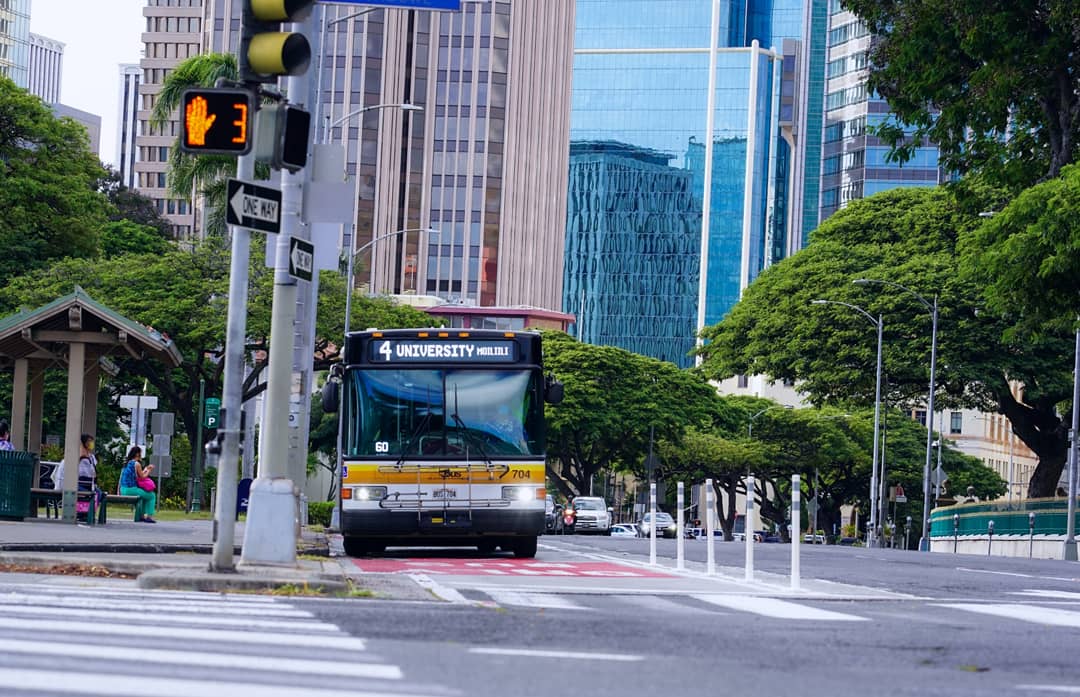 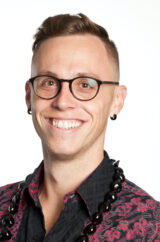 Wyatt Gordon is an environmental advocate and journalist with a master’s in urban and regional planning from the University of Hawaii at Manoa. He currently covers transportation, land use and housing for the Virginia Mercury.

TheBus may be the only public transit system in the United States to be recognized twice by the American Public Transportation Association as the nation’s “Best Transit System,” but one thing could still be done to revolutionize transit on Oahu: Make TheBus free.

What was once considered a crazy idea has moved into the mainstream over the last couple years as places from Kansas City to the country of Luxembourg have all gone fare free, so why not Honolulu too?

Introducing zero fare transit would actually bring Hawaii in line with most transit providers on the mainland.

As the novel coronavirus brought an end to normal life, transit agencies across the country began halting fare collection in order to better protect the health of riders and bus operators alike. By foregoing fares, transit providers reduced possible transmission via surfaces like money and farecards.

The move also allowed agencies to switch to backdoor boarding, rope off the front of vehicles and put as much distance as possible between drivers and riders.

For Oahu Transit Services — the company that runs TheBus on behalf of the City & County’s Department of Transportation Services — the price tag may have seemed prohibitive.

Fareboxes bring in about a quarter of TheBus’ budget, according to the department’s latest figures.

In a more normal era, replacing $68 million in revenue would be no easy feat; however, at a time when Hawaii has received $10.3 billion in federal assistance, such a sum sounds like a pittance to shore up the safety of riders and operators and maintain transit as a mobility lifeline.

Since the start of the pandemic, at least 21 bus operators on Oahu have contracted COVID-19. One driver, MacArthur (Art) Nieto, passed away due to the virus.

The vast majority of those cases have been traced back to friends and family members who passed along the virus, but in three cases no personal link to the transmission of the virus was found. As a result, those three operators have filed workers’ compensation claims, suspecting exposure on the job.

While no outbreaks in the world have been linked solely to public transportation, it’s easy to understand bus operators’ concern when masks, face shields and sometimes even shower curtains represent their best protection from potentially infectious passengers.

If ever there was an extreme circumstance to merit TheBus experimenting with zero fare service, a once-in-a-century deadly pandemic that has claimed over 300,000 American lives is the occasion.

Beyond the health and workplace safety benefits of zero fare transit, making TheBus free would be akin to a magic bullet for both Oahu’s burdensome cost of living and the accelerating climate crisis.

On average, the annual cost of car ownership per vehicle in Hawaii is a whopping $14,516.10. The typical household in the islands owns two cars, bringing the average family’s spending on transportation to over $29,000 a year. The cost of an annual bus pass, on the other hand, comes in at just $770.

Switching away from cars and toward free public transportation would not change Hawaii’s stagnant wages — the main reason locals have been leaving the islands lately — but the meager 0.5% wage growth over the last decade wouldn’t sting so badly if folks could save so much money on transportation.

Even for those who already take transit to get around, the savings would be significant.

Over three-quarters of current riders of TheBus are low-income. Nearly 90% of frequent transit users earn below Oahu’s average median income — now at $85,857 a year.

Anti-poverty advocates have recently argued there are few things better to help Hawaii‘s economy than putting money directly into the hands of the poor. Making TheBus free may be one of the best ways to do that.

The final reason for TheBus to try going fare free is the climate.

Transportation accounts for 46.11% of the state’s overall carbon emissions and contributes 860 tons of sulfur oxides, 1,500 tons of particulate matter and 233,000 tons of carbon monoxide to the islands’ air pollution.

With vehicle miles traveled expected to rise by an additional 16.6% over the next two and a half decades, the problem is only going to get worse.

That is unless we can convince more folks to take TheBus. Boosting public transportation is one of the best ways to reduce vehicle miles traveled and carbon pollution in one fell swoop.

With just 6.4% of residents commuting via TheBus pre-pandemic, increasing travel on transit appears to be among the lowest-hanging fruit to reduce Hawaii’s carbon footprint.

Unfortunately, even before COVID-19, bus ridership was trending in the wrong direction. Over the last decade TheBus has lost 15 million annual bus rides.

Honolulu’s new bus-only lanes will certainly help speed up travel and lure back riders but introducing zero fare transit could be just what TheBus needs to draw back riders in droves, especially with a tsunami of car repossessions on the horizon in 2021.

Instead, this May they actually authorized a fare increase despite warnings from Wes Frysztacki — then the DTS director — that “for every 10% increase in fare, TheBus generally sees a 3% decline in ridership.”

Ditching fareboxes, however, could stop the bleeding and actually usher in a new golden era of public transportation on Oahu.

Studies show that going zero fare typically increases a system’s ridership by 25% to 50%. If local leaders want to protect the health of bus riders and operators, lower the sky-high cost of living and invest in a greener future, they know what to do: Make TheBus free. 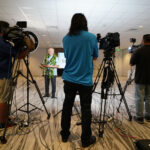 Wyatt Gordon is an environmental advocate and journalist with a master’s in urban and regional planning from the University of Hawaii at Manoa. He currently covers transportation, land use and housing for the Virginia Mercury.

The Bus fares are very cheap in comparison to what the actual costs to run it are.  Somewhere in the area of less than 1/3 is covered by the fare box.  The rest is tax monies.I value it how it was, how it is.  I use it regularly.  Making it free would only relegate it to disrepair and rationing of services.  Just leave it alone.

Free bus travel causes emissions comparable to those of car travel, favors national and international businesses ahead of local businesses, and helps to lock in future emissions. Transit lanes are a better idea.A bus causes 4 to 5 times the emissions of a car, per kilometre. Buses carry many passengers in prime directions during peak hours, but fewer passengers in other directions and at other times. Canberra's buses carry an average of 8.3 people, compared with 1.46 people per car.Transit lanes (open to buses and to cars that carry passengers) are a more effective way to reduce emissions than bus-only lanes, which are often under-utilized.Free bus travel encourages people to bypass local businesses, in favor of national and international businesses that prefer to locate in CBDs.Free bus travel encourages people to live beyond cycling distance of where they work, study and shop. That locks them into a lifestyle that is dependent on car and bus travel.

HART could have paid for The Bus rides for all of us the rest of our lives. And probably our food bill as well. Instead it goes to contractors and business entities. What is the status of the accounting investigation?