Neal Milner: Resist The Temptation To Write Off Your Political Opposites 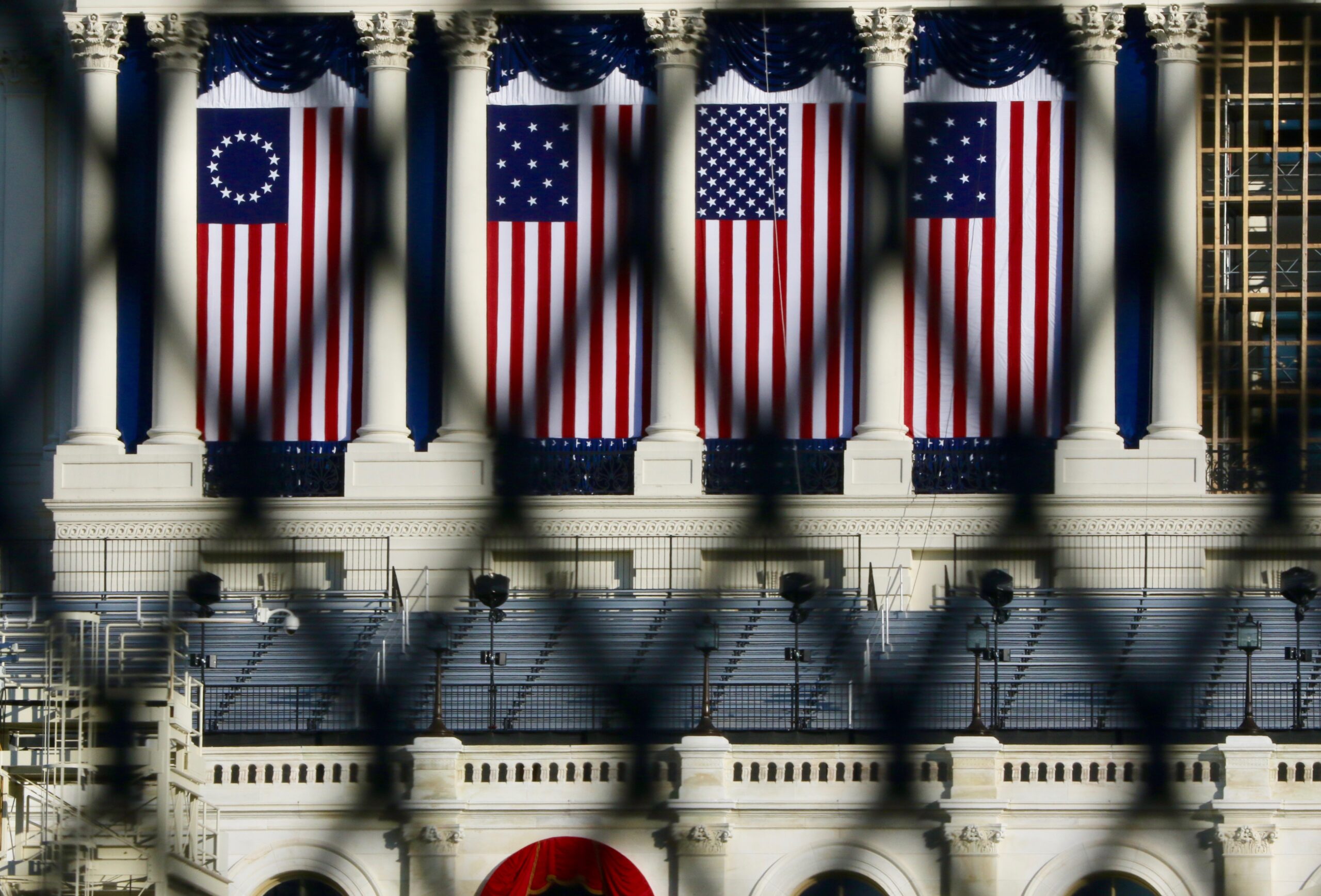 Whenever I write a Civil Beat column about race, I take a lot of heat from my critics. It’s pretty nasty.

Of course, that is just part of the deal. But it has led me to thinking about a broader question.

Is it even possible to engage meaningfully with someone who has a completely different sense of political reality from yours?

Responses to that question fall into two opposite patterns: distancing and engagement.

Distancing comes up all the time now because threats are so close to the surface. It’s about not engaging.

“I don’t want to have anything to do with them.”

“They’re crazy — lunatics coming out of the woodwork.”

“I’m not going to waste my time on them.”

“They need to be stopped.”

It’s easy and proper to think this way regarding Proud Boys, right-wing, gun-toting militias, QAnon and even the large number of conservative Christians who took part in the attack on the Capitol.

It’s easy to dismiss the mob that attacked the Capitol, but most cases of political disagreement are not so black-and-white.

But in other situations, where people who are an intimate part of our lives suddenly seem to go off the deep end politically, separation is not such an easy answer.

Like if your parents have become believers in QAnon.

In that case separation is as hard as it is emotionally cruel. It is likely to make things even worse because the believer just digs in more firmly, which brings us to the opposite strategy.

Engagement, when you can’t let go.

Calling your QAnon follower mother a crazy lunatic who’s come out of the woodwork has tragic personal costs.

Here is how adult children whose parents have completely changed their world view and become QAnon true believers put it:

“You know, you think family would come first, but I think [for my father] QAnon comes first.”

“I will probably just continue to have conversations and try to steer away from politics and, like, hope to God it doesn’t get crazier, I guess.”

Separation in these cases is heartrending because reconciliation is the heart of the matter. Experts on family relationships advise these children not to mock their parents and not to even argue with them.

Most of all, look for those common bonds that held your family together. Tell family stories about old times, the once-upon-a-times when you were a real family.

Sound advice in theory, but can you imagine how wrenching this is to do?  How long it might take? How uncertain its success is?

Now back to my relationship with critics who have a very different sense of reality from mine. It falls into the vast gray area between those two extreme poles of separation and engagement.

When I write that white identity has become a fundamental driver in American politics, critics respond by saying that it is simply not true; I am propagating a harmful myth; I am fanning the fires by explaining things in terms of race; there are much more accurate explanations; I fail to acknowledge that America is a melting pot; and that I am demeaning white people.

Obviously, my readers are not like family. I am an outsider. There is no personal intimacy involved.

My objective is to be provocative — putting it out there.  “On the one hand … but on the other hand” is a recipe for dullness.

I do engage with my readers, but in a stilted, non-intimate way. The readers’ comments section helps a little, but those are pretty fleeting engagements.

But distancing from my critics does not work so easily for me. How can I work in this complicated space between complete separation and easy engagement?

During the past four years a lot of people have been asking this question in one form or another.

The question is not going away. It better not. The pull between separation and engagement may be hard, but it’s healthy.

So, let’s imagine a gathering where my critics and I would try to establish some engagement.

I would begin by assuring them that the purpose of the meeting was not to change their minds or to argue, but to talk in an open way about their political concerns.

“I hope we can agree that this gathering — and the ones I hope that will follow — is about mutual learning.”

Each of us would begin by describing the basic stuff about our everyday lives.

Then we would focus on race, particularly my views and their criticisms. This would not be a debate. All of us, including me, could ask for clarity or elaboration. No arguments yet.

I am pretty sure that their comments would be along the lines I described above. I don’t want to put any more words in their mouths. Here is what mine would be:

“There are two very important things I need you to understand about my writing. The first is that you may find what I am saying to be bad news and contrary to your basic beliefs, but I am not making it up.

“I am reporting on research that I believe does a convincing job of identifying what white political identity is and how much that identity affects one’s political beliefs.

“Some of you told me that there are other more powerful factors than race. All I can say is this: The careful research I discussed shows that white political identity is the most important single factor. It’s foundational.

“Please don’t wish that away by simply asserting that other things are more important.

“You obviously don’t like my conclusions. If you look at the writings about white identity and reject the accuracy of the findings, fine. We can discuss it.

“But if you just reject it out of hand because the conclusions are, say, threatening or offensive, well, that’s human nature, but it’s not fair. And, of course, it is self-deceptive.

“You want me to be more understanding of your lives and beliefs. I will work as hard as I can to do that.

“My basic beliefs are likely to stay the same. So are yours. But my goal is to figure out methods of presenting my arguments in ways that are more relevant to your lives.

“We can talk about that at the next meeting. Now, let’s go eat.”

Yeah, I know. That’s just a small effort in a pandemic, insurrectionist world. But our lives are mostly collections of small encounters in small places.

Forgetting how to do this is not as obviously destructive as an armed insurrection at the Capitol or at the Inauguration. But it’s destruction just the same. 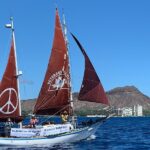 The Treaty To Ban The Bomb Takes Effect

Lizards taking to forms of humans, drinking the blood of babies, Trumpism, Stop the Steal, insurrection, are all forms of dysfunctional thought processes.  Neither you or I can change such radical beliefs.  There must be a "significant emotional event" in their lives to alter their destructive behavior.  This change must come within, not from outside sourcesâno matter how good the intentions are.  Until that happens we are just spinning our wheels.  My advice:  do all you can to help, but know that there are things and situations that you just canât fix.

Modern continental approaches to conflict resolution have clearly broken down. We need to actively promote HoÊ»oponopono which has a proven track record for centuries.

What we've witnessed over the last 4 years is the increasing role our "media" plays in shaping, and in some cases creating, "news". When we witnessed effigies of Obama being lynched and burned, the media rightfully condemned it. When we witnessed similar effigies of Trump being decapitated, entertainers suggesting the White House should be bombed, and theatrical performances which included Trump being assassinated, there was no condemnation from the majority of our media. It inspired others to increase the level of vitriol directed towards the president. And I'm not implying that Trump wasn't complicit through his rhetoric either. It's the lack of consistent standards simply because the target of scorn is someone you ideologically don't agree with. We've also seen the increase of emotional argument without definition: comparing Trump to Hitler, border facilities to concentration camps, labeling Trump voters as nazis and racists. It's as if the best way to categorize those you don't agree with is to use the worst possible analogy, which in turn evokes an emotional response. Now we see people advocating for "re-educating"/"re-programming" Trump supporters. Please define "supporter".