Eric Stinton: There Is No Right Way To Grade Students In A Pandemic - Honolulu Civil Beat

Eric Stinton: There Is No Right Way To Grade Students In A Pandemic

Some teachers are wondering if schools should even be giving grades at all this year. 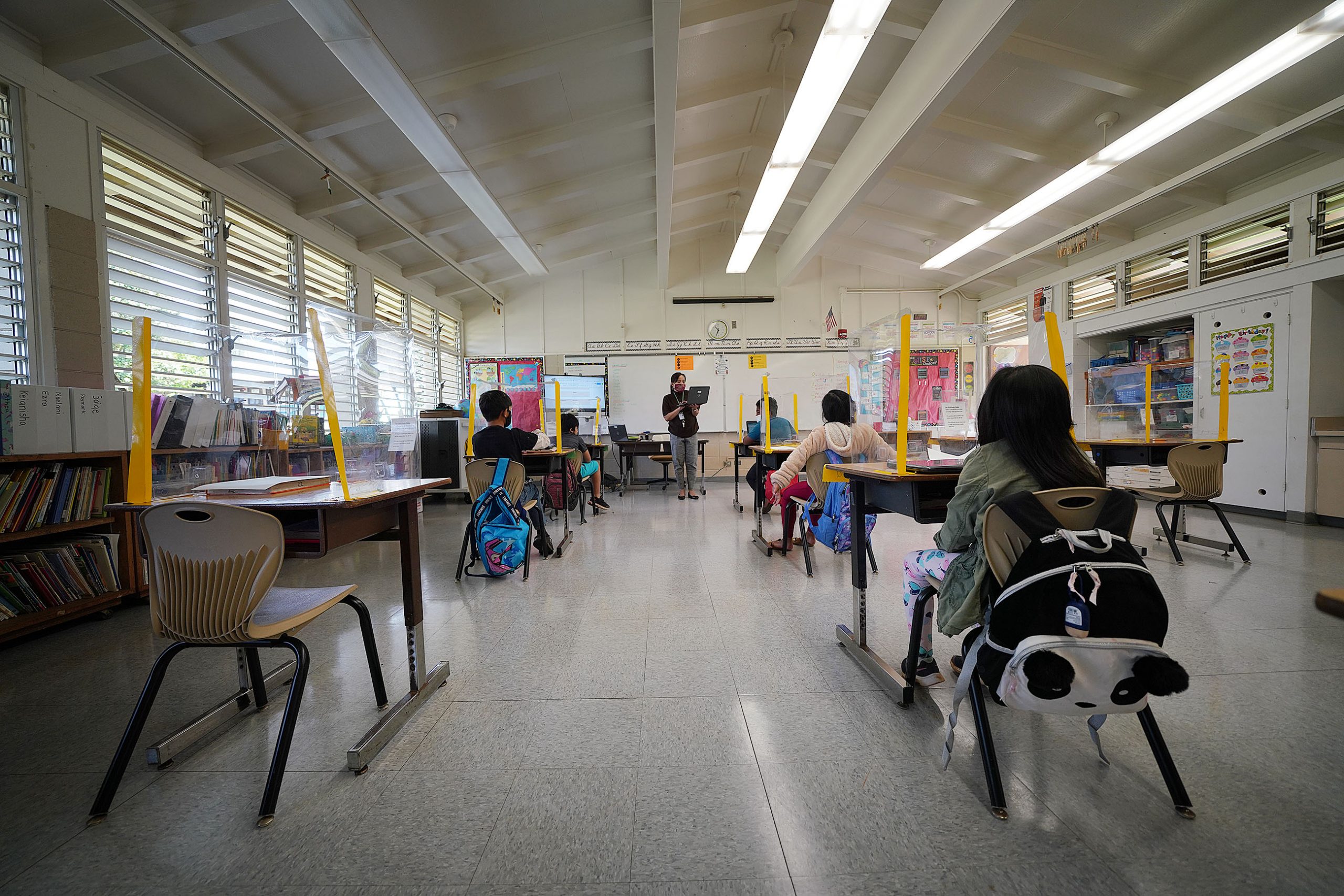 By now, students and their parents should have received their final report cards from last year. As always, they will be received with either dread or delight, regret or relief.

A lot of conflicted feelings also went into the input of those grades. Grading is always fraught, but this year it was especially so. The relevant questions were no longer just what and how to grade, but if we should grade at all. Algebraic equations are hard enough to learn in normal times, let alone when you’re at home with spotty internet connection and your neighbor’s lawnmower going off.

Every teacher I know adjusted their normal grading habits in one way or another. A friend at another school gave slightly increased scores for work turned in on time, instead of reducing grades for late work.

The pandemic was as good a time as any to reframe rewards and punishments.

The two primary changes my team and I made were a) allowing students to re-do all of their work as many times as they needed, and b) allowing students to turn in their work until the end of the quarter — sometimes after — without penalty. We also offered daily study halls, both virtual and in-person. If work is supposed to ensure that learning takes place, then the rationale was to give students as many opportunities to learn as possible.

I still think these were appropriate things to do given the circumstances, but at the same time, some problems emerged. Students quickly learned that they could blow off their work until the last week or two, and then catch up in the last week by going to study hall every day.

This also meant a lot of students simply didn’t show up to their online classes. They knew where to find their work and how to get a hold of their teachers, and many were able to do just enough to pass without having to come to class very often, if at all.

If you think that schoolwork exists solely to learn academic skills and concepts, then this is no big deal. But if you believe that school work should do more than that — that it should also teach life skills like time management and responsibility — then this picture is cause for alarm. Was I enabling students to take advantage of the situation? Was I doing more harm than good?

I don’t think there’s a clear answer to those questions. Yes, some students absolutely abused our leniency, but a lot of other students genuinely benefited from it. Without question some students both developed and entrenched bad habits, but other students also needed the training wheels to help them stabilize into a better student. I tend to think that’s the most important part of middle school anyway: learning how to be a student.

Besides, what was the alternative? Being stricter, harsher, less understanding of the morass that I was also trying to get through? Sometimes that very well could have been the “right” thing to do, but one of the wisest pieces of teacher advice I’ve received is that it is often better to be effective than right.

Here’s what I mean. Let’s say a student skipped all of her classes, online and in-person, for half the quarter, and even when she was in class she wasn’t really present. She would have definitely failed if I wasn’t hounding her and her mom to come to study hall, and in the last two weeks she brought her grade up to a D, which is enough to pass.

But what is more effective? Allowing her to fail and crushing whatever little motivation and confidence she has? Holding her back a year and greatly increasing her risk of dropping out of school later? To me, enabling bad habits that keep a kid in school is preferable to pushing them on a path that motivates them to ditch school. That’s part of the challenge of teaching: you try to impact as many kids as possible in the most positive ways possible, but sometimes you have to settle for damage mitigation and hope that next year’s teachers can be more successful.

This Wasn’t A Normal Year

There is another, perhaps more important aspect of this year’s grading dilemma, one that overlaps with the idea of a “learning gap,” a term that has become taboo in some circles of education. Students objectively had less and less quality instructional time than in a “normal,” pre-pandemic year. Then again, there’s not much to be gained from comparing what really happened to an alternate reality that only exists in our imagination. This wasn’t a normal year, and we shouldn’t pretend that it was.

I tend to take the gray road: it is both true that the average student learned less than they would have in a regular year, and it is also perfectly fine given the circumstances. A learning gap exists — at least for some students — and it’s also not worth losing sleep over. Students weren’t just trying to learn, they were trying to get by and deal with all of this like the rest of us. Everyone did what they could.

This wasn’t a normal year, and we shouldn’t pretend that it was.

And that’s really the point: who didn’t experience some sort of “learning gap” equivalent in their lives this past year? I think of all the small tasks I avoided for days that only took a few minutes to complete; the boilerplate apologies for late text message and email responses; the weekly failures I inflicted upon myself for no real reason other than the amorphous, pandemic-induced inability to deal.

I count myself extremely lucky and grateful that my peers and superiors took a grace-first approach this year. I can’t think of a single good argument against passing that same compassion along to my students.

One of the great mistakes we make as adults is forgetting that children possess the same interior complexity that we do. We worry about every little thing becoming fortified as permanent parts of their character, forgetting that we’ve changed who we are and what we believe innumerable times in our lives.

I’m still a little torn about this past year, but it’s important to acknowledge that this wasn’t a normal year and that I shouldn’t beat myself up for whatever gap there may be between my actual performance and how I would have performed in a normal year.

We should all grade ourselves on a curve that tilts in the direction of compassion and empathy, and extend the same grace we had for our students to ourselves. All of us — students, teachers, parents, and everyone else — did what we could in tremendously trying circumstances. That’s plenty to be proud of. 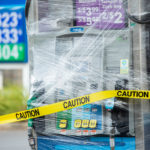 Danny De Gracia: Want To Cut The Price Of Gas? Work From Home

There are two kinds of grades: the high-stakes kind and the diagnostic kind. In the interest of fairness, it would indeed be just to suspend high-stakes grading for the duration of the pandemic. In particular, the kids who compete for admissions or scholarships in 2021 or 2022 should be able to use the school report based on the first three quarters of 2019-2020 instead of the latest one. However, suspending the grades of the diagnostic kind would be highly detrimental to our kids' education as we would lose the ability to track their progress and to take appropriate and timely remedial action.

I appreciate the candor of Mr. Stinton in this article. My kids did well academically this year, but it is because I was able to monitor and encourage them most days. I helped them develop routines, so that when I had to work during school hours, they knew what was expected of them. There are a lot of families who were not able to provide the support at home that was necessary during distance teaching. That is sad and it isnât the kidsâ fault. I am glad my children received the grades they earned; however, I agree that grace should be offered to those students, parents and teachers who struggled. The students and parents didnât know how to learn at home any more than the teachers knew how to teach from a distance. The main difference being that the teachers are college-educated, credentialed adults who received training and could collaborate on methods, while the students are children with varying home environments from which to learn.I am so glad for all of Hawaiiâs children that school is back in person next year!