Fred Dodge Made A Difference In Leeward Oahu

His children continue his work and love of aina, peace and justice. 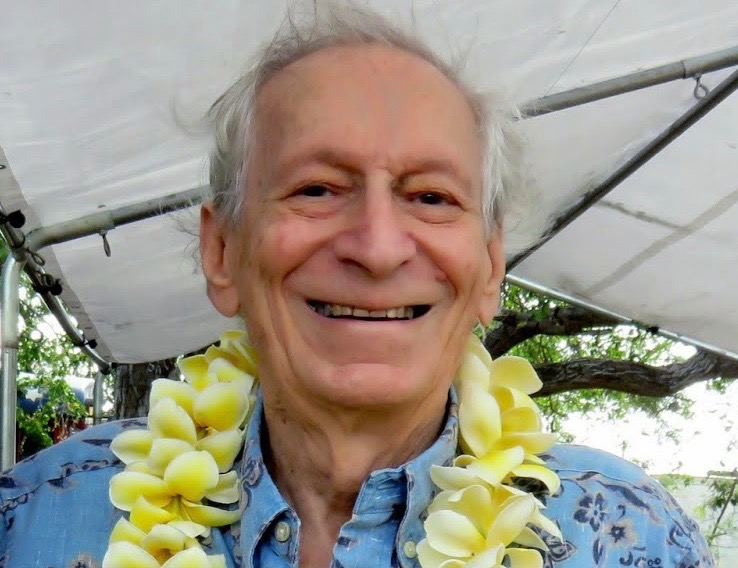 Alyce Dodge is one of Fred Dodge's children.

Physician and activist Fred Dodge, who was well known in the Leeward community, died on April 3 after a long decline. He was 90.

Frederick Arthur Dodge was born in 1931 in Trenton, New Jersey. He was the first one in his family born in the United States. His parents and three older siblings were immigrants from Europe.

Growing up during the Great Depression, Fred often wore shoes that were too small, resulting in foot problems throughout his life. Not many people knew this; he was not a complainer.  Fred was a person who lived his beliefs, and who learned and grew throughout his life. He went from being a smoker to a marathoner, from a bow-tie-wearing conservative in the Army to a great peace activist who got arrested for his beliefs.

Some things that were consistent through his life were a love of old time jazz music, the habit of picking up litter on his daily walks and at the beach, and going on long hikes.

In 1963, Fred completed his residency at St. Francis Hospital and opened his private practice in Aiea. Being a family doctor back then meant office hours, hospital rounds, house calls and occasional middle-of-the-night deliveries of babies.

Although he and his wife, Aiko “Sparrow” Dodge, had four young children and a new practice, Fred didn’t turn anyone away for lack of funds and sometimes got paid in homemade quilts or food.

In 1975, Fred became the first medical director of the Waianae Coast Comprehensive Health Center. Under Fred’s direction, the WCCHC gained a helicopter pad and emergency room, which saved many lives.

He recruited staff including doctors and specialists, nurses, care managers and outreach workers. He brought in University of Hawaii medical school students for family practice training.

The WCCHC’s mission was to provide quality health care to all, even the uninsured and those with low income and complex health conditions. Fred encouraged and educated the staff to know the mission of the health center and to deliver it.

Later, Fred walked back down the carrier ladder to become that special family doctor for so many generations of families on the Leeward coast. In 2014, WCCHC dedicated a courtyard in honor of Dr. Fred Dodge and his friend and colleague, Dr. Terry Claggett.

Fred maintained a tireless advocacy for peace and justice. His activism started in the 1960s, with the support of his wife, Sparrow. He was arrested for protesting the Vietnam War and again during the eviction at Hale Mohalu, a home for people with Hansen’s disease.

He served on the boards of Hoaaina o Makaha and Opelu Project/Kaala Farms. Fred was recognized for his efforts with the 2003 Hawaii Peacemaker Award presented by Church of the Crossroads.

In 1992, Fred, with Sister Anna McAnany, held the first Christmas Vigil nonviolent protest in front of the Makua Military Reservation gates. He was keeping a promise to Ivanhoe Naiwi to work for the return of Makua Valley.

Over the years he organized access to Makua Valley, offered education, and advocated for the end of bombing and live fire training in that beautiful, sacred place.

Recently, Fred watched U.S. Representative Kai Kahele introduce a bill to Congress for the return of Makua Valley to the state of Hawaii.

Fred, his second wife Karen Young, and her two daughters also supported many good causes and welcomed many people to their home on the Leeward Coast. Karen took care of Fred in his years of decline.

Fred was predeceased by his first wife. His survivors include his second wife, 14 grandchildren, 14 great grandchildren and six adult children: Vince, Francesca, Charley, Alyce, Maile and Summer, who with their children continue the work and love of aina, peace and justice. 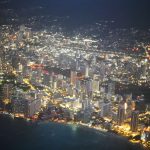 Alyce Dodge is one of Fred Dodge's children.

Fred Dodge was and ever will be a person of strong integrity, determination and a powerful sense of justice for all. He was my doctor , my friend and an inspiration. Fred never gave up, he never said never, he had a vision for Makua that WILL come to pass. He could help cure illness in the body of people and the body of society. Mahalo Fred , for being with us. We are so grateful for all those you guided, cured, taught and loved. May your beautiful soul be at peace and may we remember to be kind to one another and have the courage to stand for what is right. Aloha dear friend

Excellent post to a true humanitarian, a heart of gold, that influenced and saved many lives in Hawaii. His legacy continues. Much aloha.

At a time when my motivation was flagging as an almost newly minted medical school graduate, Fred Dodge gave me the critical encouragement I needed to keep going. I will never forget his kindness and patience and sage advice when I was at a difficult crossroads in life. His dedication to rural and culturally sensitive care, while speaking out locally as an advocate for social and environmental justice was inspirational. Thank you for sharing this colorful and moving tribute to your dad. Much aloha to you and your ohana.