Living Hawaii: Going Mobile — Could Life on the Road Help Reduce the Price of Paradise?

Living Hawaii: The Little Solution to the Big Housing Crisis

Living Hawaii: Where the Rent Is Too Damn High

Living Hawaii: You Might Be Surprised at Who Else Is Snagged by High Costs

Living Hawaii: One Big Reason We Spend So Much?

Hawaii High School Confidential: Where All Politics Is Truly Local

Lava Less Than a Half-Mile From Pahoa (Photos)

Living Hawaii: Where Are You, Trader Joe’s?

Living Hawaii: Is the Price of Paradise Getting You Down?

Living Hawaii: How Much Money Do You Need to Be Happy in the Islands?

Does Hawaii Soak the Poor and Middle Classes?

Eric Pape: Hawaii Politicians and Their Signs of Hypocrisy

Honolulu Ranked the Most Expensive City in the Country

Will the FCC Split Up Hawaii’s TV News Market? 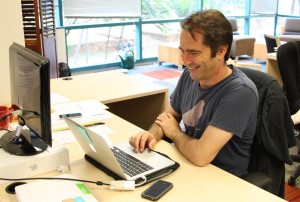