He also reported for the Hawaii Tribune-Herald in Hilo, the Honolulu bureau of the Associated Press, Sun Press weekly newspapers in Kaneohe, and the Tucson Citizen.

He also worked as an executive assistant and executive director for Hawaii County Mayor Billy Kenoi, and is a former U.S. Army sergeant and infantry fire team leader.

He and his wife Mahealani live in Hilo and have six children, five of them grown. They have been state-licensed foster parents since 2009.

Hawaii Gov. David Ige: There’s No Money To ‘Sustain Government As It Existed’

Has Saguaro Prison Failed To Protect Hawaii Inmates From COVID-19?

15 States Have Now Legalized Recreational Cannabis. What About Hawaii?

Ige Planning To Defer $1.85B In Health Fund Payments, Furloughs Still On The Table

Hawaii Legislature: GOP Loses A House Seat, Stays Even In The Senate

COVID-19 Cases Among Hawaii Inmates In Arizona Now At 378

Courts And Prosecutors Are Keeping Jail Populations Lower During Pandemic

Hawaii Has Spent Only A Small Fraction Of CARES Act Money

Hilo Veterans Home Deaths: War Veteran And Storyteller Melvin Tomita Was A Fighter To The End

Can Hawaii ‘Reset’ With New Public Safety And Health Directors?

DOH Official: Some Inmates Who Were Released Caused ‘Spillover’ Infections

At Oahu Jail, Healthy Inmates Are Being Housed With COVID-19 Cases

Hawaii Has Huge Stake In Negotiations Over Federal COVID-19 Aid 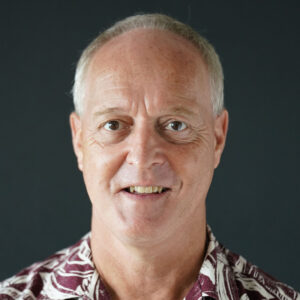