How Can Hawaii Get Students Interested In Local STEM Jobs? Start Them Early

Hawaii Will Lift Restrictions For Vaccinated US Travelers On July 8

This North Shore Community Has Had Enough Of Towering Wind Turbines

Power Struggle: A Major Source Of Air Pollution On Oahu Is Also Keeping The Lights On

$9 For A Loaf Of Bread? Here’s Why It’s So Expensive To Eat At Home These Days

Hawaii Has A Lot Of Unemployed People. But Companies Still Can’t Find Help

Tourists Are Returning To Hawaii, So Why Aren’t Tourism Jobs?

Hawaiian Electric Says It Might Pull The Plug On Giant Battery

Kamehameha Schools Is Struggling To Replace An Outgoing Trustee

‘What About Us?’: Retailers Struggle To Find Their Way Through The Pandemic

Wedding Planners Could Get Federal Help During Pandemic

A Hawaii ‘Vaccine Passport’ Could Open Door To Weddings, Concerts And More Tourism

‘Fake Farms’ Are Squeezing Out Serious Agriculture Potential In Hawaii

Is The End In Sight? And How Will We Know It?

The Construction Industry Is Still Going Strong In Hawaii. It May Get Even Stronger

House Leader Lays Out Proposals For Accountability, Land And Tourism 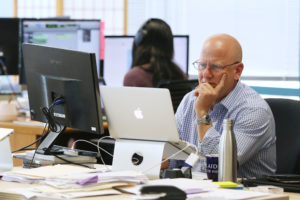