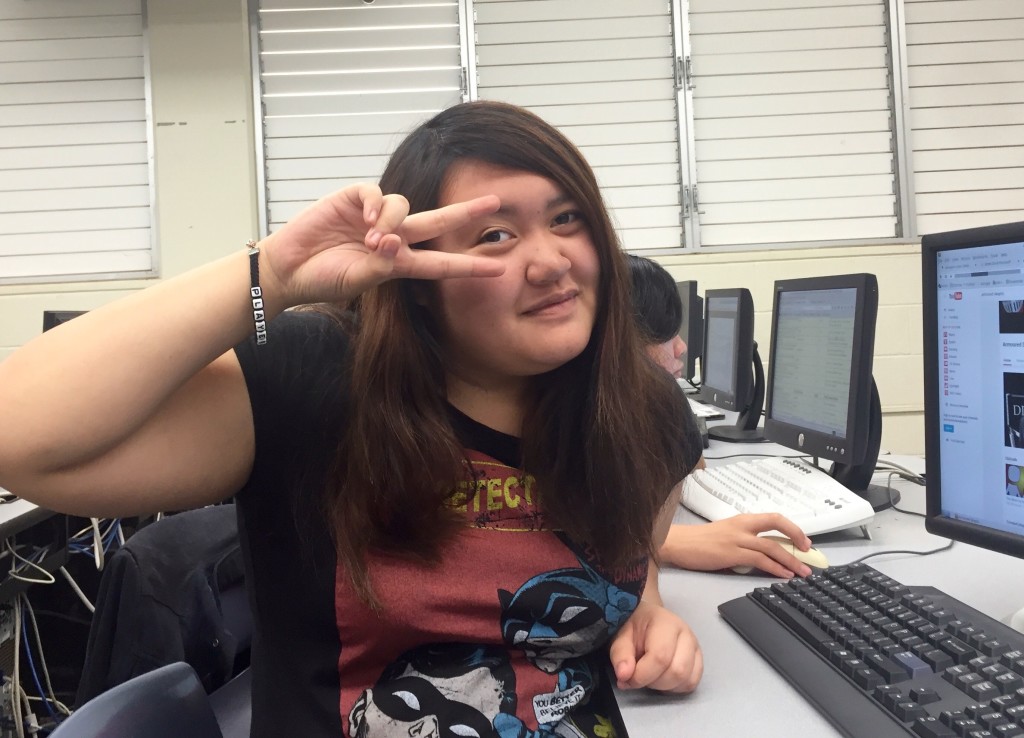 I have always been told — whether by a relative or in some kid’s horribly misspelled Instagram caption — to stay true to my roots.

I have also had it drilled into my mind that nothing should come between my bloodline and me.

But what if I do not feel like I fit into my predestined culture?

The concept of culture, for me, has always been a constant fight between what I want to be and the mold I was placed into at birth.

It is like a patchwork quilt where half the material is hand-beaten kapa (traditional Hawaiian cloth) and the other half was bought from Walmart. You can tell something is not right with this design. For one, their colors clash boldly.

I know I broke my mother’s heart when I, as a child, looked her dead in the eyes and announced I did not want to speak Hawaiian anymore.

So where does this leave me? Well, for the past 15 years, I have been trying to wear this quilt like a t-shirt, trying so hard to fit in and hoping no one notices, but I feel as though everybody does.

Who I am comes through in the way I talk, how I act, my sense of humor, my attitude, my ideas, my religious beliefs and the food I eat. The main cultures I identify with are polar opposites and it is much harder to live in the balance than you might think.

I was born into a world of Hawaiian activists and cultural practitioners. They stuck as many poi-stained words as they could into my name, and reminded me daily about how sacred those words were.

When I was old enough to talk, they sent me off to an immersion preschool, where I learned the Hawaiian alphabet before the English one. And after that came Kamehameha Schools, where I not only learned more Hawaiian but also about Christianity and their God almighty. I grew up on a farm surrounded by kalo (taro) and Hawaiian culture and values.

I know I broke my mother’s heart when I, as a child, looked her dead in the eyes and announced I did not want to speak Hawaiian anymore.

Breaking my parents’ hearts became an accidental trend for me. No matter how hard I tried, I could not speak the broken English they did. I could not surf or dive like my dad grew up doing; I am afraid of deep water. I could not dance hula because I am probably the most uncoordinated human being on Earth.

So, I guess I will continue to wear this quilt stitched partly from the pieces of my culture the best that I can. I may look ridiculous, but that is totally fine with me.

I could not quickly come to terms with the idea of being different. I tried so hard to do each of these things, but eventually I had to face the truth: I don’t feel like I am a part of the culture I was born into; I identify with cultures I have chosen. I belong with the gamers, the Internet community, the emos, the atheists, the TV series marathoners and the fan-girls.

I am a girl who likes gaming and yelling at noobs. For the uninitiated, they are highly inexperienced players and anyone under the age of 12 who deserve such a title. I like memes and telling people off in the YouTube comment section. I like the sound of guitars and alternative rock, and obsessing with other fan girls over which guy is the hottest in the “holy emo trinity.”

I have a different view on religion than my parents and friends. I also find happiness in watching the fictional lives of Daryl Dixon and Walter White flash across my laptop screen. I love 박지민 (Park Jimin) and scream whenever a K-pop boy group lifts their shirts a little.

I can still see and feel the effects growing up in the environment I grew up in, though. Hawaiian culture left its mark on me, as much as I hate to admit it. I over analyze things and observe too much. My parents used to scold me, saying, “nana me kou maka, ho’olohe me kou pepeiao” which translates as “look with your eyes, listen with your ears,” but it pretty much just means “be observant.”

The difference between my parents and me is amazing. But I have learned over time that I cannot and will not allow myself to try to be so fully dedicated to a culture, from an ethnicity I never really chose to be a part of. I believe that I have the right to choose my cultures and where I fit in this world, and not let some predetermined factor engulf my personality.

If I want to scream along with lyrics, make memes, watch people on TV or the computer make meth and slay “walkers,” and sing in a language that I have no relation to, then, gosh darn it, I will.

My cultures, and the one I have strayed from — even if there is a lot of behavioral residue that stuck to me — define me and make me the person I am today.

So, I guess I will continue to wear this quilt stitched partly from the pieces of my culture as best I can. I may look ridiculous, but that is totally fine with me.