‘So, How Long Have You Lived In Hawaii?’ - Honolulu Civil Beat 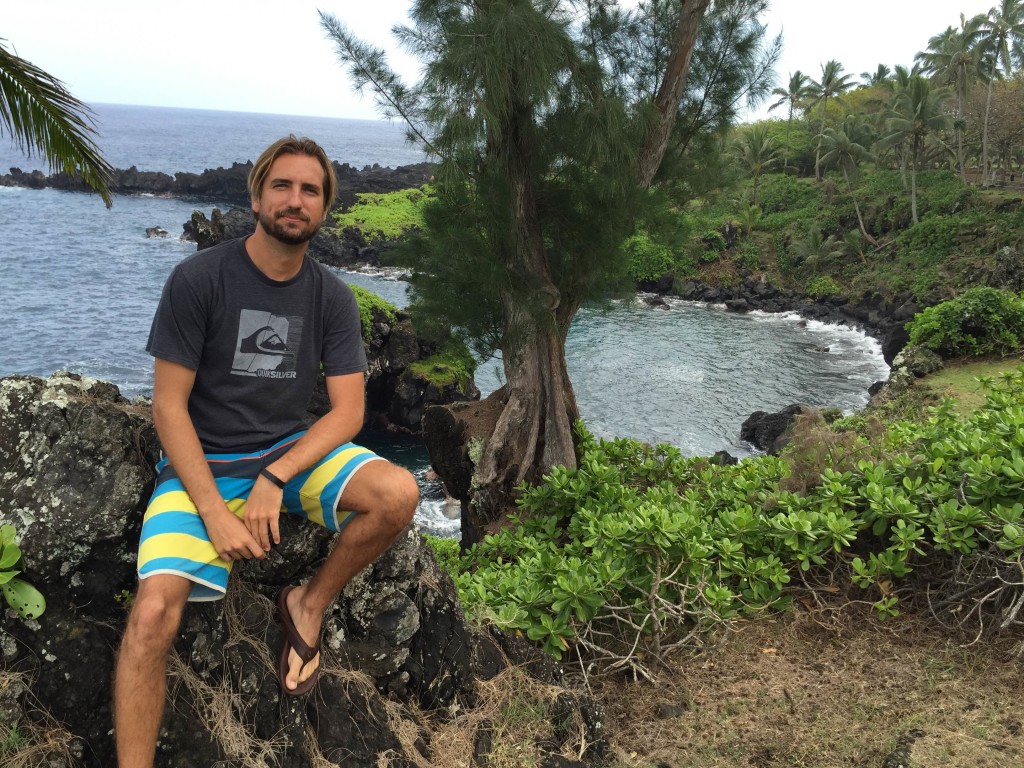 After living in Hawaii for a while you find yourself asking — and being asked — this question often: “How long have you lived here?”

I’ve lived in Hawaii for roughly seven years. That’s long enough that J.O.J. (just-off-the-jet) newcomers look up to me as a knowledgeable local, but short enough that veterans still question my longevity. You could say I’m at the seven-year-itch.

When I try to explain that the priorities in my life are changing, I’m asked by some locals, “But you’re staying here, right?”

For too long I’ve felt like the dude, playing the dude, disguised as another dude. I don’t like pretending to be something I’m not, and it feels like I’ve been doing that for seven years.

These questions seem meaningless, but they’re actually a gauge of your longevity and commitment to the islands.

You see, Hawaii has an extremely high turnover rate. The islands are like a recycling center for haoles. Because, unless you’re filthy rich or born and raised here, life is a struggle in the islands. No matter how you justify it, it’s really expensive and far from — well, everything and everybody.

There are generally two types of transplants within my 25-to-35 age group that arrive in Hawaii — those seeking adventure, and those seeking escape. God knows it’s not for career opportunities.

I’m in the adventure category. I came to Hawaii because I love surfing, and I wanted to explore the world beyond the swamps where I was born and raised. Personally, I wasn’t meant to be in Hawaii forever. Deep down, I’ve always felt that, but I wish I had known it about myself sooner.

On the other hand, there are the “escapees.” Like the Lost Boys of Neverland, they are the lost souls of Hawaii. They’re escaping cold weather, a mundane job, a relationship, their family, the law, the past, the future or even themselves.

They usually arrive with the intention of hiding, or re-inventing themselves as “Hawaiians.” There’s nothing wrong with escape, but I think this category has more of a tendency to burn bridges and torch the ships on their journey to paradise.

Despite the attention received when flashing my Hawaii license while traveling, I was never comfortable being referred to as Hawaiian. I’m not Hawaiian. I’ve always been a Floridian living in Hawaii. While I completely respect the Hawaiian culture, and it bears many similarities to mine, it’s not mine. For too long I’ve felt like the dude, playing the dude, disguised as another dude. I don’t like pretending to be something I’m not, and it feels like I’ve been doing that for seven years.

I often refer to Hawaii as Neverland. It’s a magical, stunningly beautiful place, but it makes you forget … about planning for the future.

I created a good life in Hawaii. As good as can be created here. I built a successful online business on Maui from nothing, independent of the local economy, with my business partner and best friend since high school. I own a beautiful house in Lahaina with nearly an acre of land. It’s a few minutes from my favorite surf spots and has epic views of the sunset over Lanai. I set my own schedule and make a good living. I live the dream.

Despite overcoming nearly every obstacle Hawaii has thrown my way, the distance and cost of living has taken its toll. My girlfriend and family are in Florida.

The Sunshine State is 15 hours of travel from Maui. A lot can happen in 15 hours — like being told your grandma only has days to live, and she dies while you are trying to make it back. That’s happened to me twice.

Food, gas, bills, real estate, taxes… everything — it’s infinitely more expensive in Hawaii. That’s life here. We call it the paradise tax. Sure, you can “make it work,” but lately I found myself asking if it’s worth it.

There comes a point at which living in Hawaii no longer makes sense. In the past, the pride of parading around in the islands blinded me to the struggles and the distance.

Past articles I’ve written have been attempts to reason with myself and justify living here long-term. I thought people who left the islands couldn’t hack it, but most of them were just making a wise decision for their future.

Then one day you realize the rest of the world has been progressing while you are living in an isolated, perpetual fantasy world. I’m sure that sounds perfect to some, but I’m 33 and there’s still a lot left for me to explore and accomplish.

I love Hawaii, the land, the ocean and the friends I’ve made. I’ll miss it, but I love and miss everywhere that I’ve lived. I left Florida for Oahu; Oahu for Maui; Maui for San Diego, and I reluctantly left San Diego for Maui again. Now, I’m leaving Maui for Sarasota, and it feels really good. Maybe I’ll be back, someday.

I’ve moved, traveled and made enough mistakes to realize it’s not about the place you live, but the people you’re with.

Hawaii has been an exploration for me, filled with good and bad experiences that I’ve grown from. It served its purpose in my life. Now, I’m ready for the next chapter and new adventures.

In Florida, my lifestyle and the weather are roughly the same — the waves are a little smaller, and the humidity is a bit higher. I’ve fallen in love, reconnected with old friends, made new friends, spent time with family on a whim, and I’ve even managed to catch some really good waves. I’m saving more moola for the future. Travel is much easier. I’m still living the dream.

Most importantly, I’m much closer to the people I love. My homeland is calling me back, and I’m listening… to that ol’ Seminole wind.

How local are you? If you have a story about diversity, race, ethnicity and/or what local identity means to you in the islands, click on the red pencil button to share it through Connections, or drop a note to epape@civilbeat.com.