Think of Hawaii as a Racial Volcano - Honolulu Civil Beat 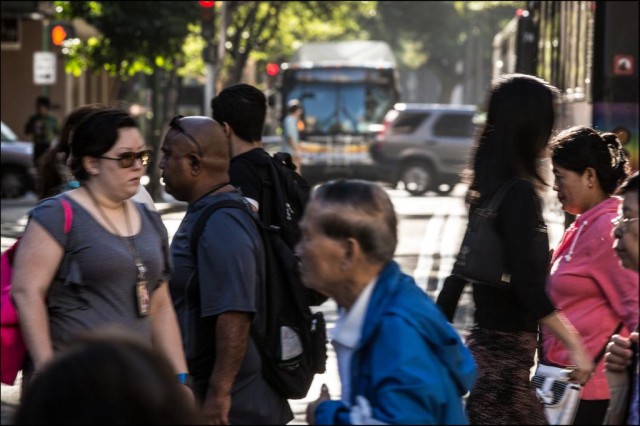 Hawaii is widely regarded as a “racial paradise,” a multicultural place where “everyone is a minority.”

Based on population statistics, Hawaii is primarily a “paradise” for Asian and Pacific Islanders, so where do blacks, Latinos, and whites belong?

And what about Kanaka Maoli, Hawaii’s native people — especially when there is an active and thriving movement for Native Hawaiian sovereignty and self-governance?

Is the “racial paradise” ideal simply a rhetorical strategy that disguises unequal access to wealth, resources, and power?

Instead of seeing Hawaii as a “melting pot” or “mixed plate,” it may be more instructive to see Hawaii as a racial volcano.

In Hawaii, whites, along with local Japanese and Chinese, are dominant.

Though whiteness is not the socio-cultural norm in the same way it is on the continent — it’s often marked or called out by locals — whites collectively wield significant political and economic power.

They are the biggest population group in the islands, especially when the larger racial categories, like “Asian,” are disaggregated.

To understand the effects of this dominance, we must unmask the islands’ history of colonization, U.S. occupation, and Native subordination.

The widespread celebration of “racial paradise” can lead to a “racial vog” (or volcanic smog) that blankets the islands, where some residents have an allergic reaction to talking about both contemporary racism and colonialism.

This resistance perpetuates a violence against Native Hawaiians, because it forces them to disappear; they’re incorporated as just another racial minority group, not recognized as people who have a different historical relationship to the land and to the state.

Instead of seeing Hawaii as a “melting pot” or “mixed plate,” it may be more instructive to see Hawaii as a racial volcano.

In this metaphor, magma represents indigenous identity — a coursing undercurrent that seeps through societal rifts and fractures.

It’s subterranean, but resists erasure. So if we are going to talk about race in Hawaii, the conversation needs to include discussions about indigeneity.

Here is the link to other stories from What it Means to Be American.

If you have a story about diversity, race, ethnicity and/or what local identity means to you in the islands, feel free to share it by clicking on the red pencil button to share it through our “Who’s More Local” Connections thread, or drop a note to epape@civilbeat.com.