What Does It Mean To Be Chicana in Hawaii? - Honolulu Civil Beat 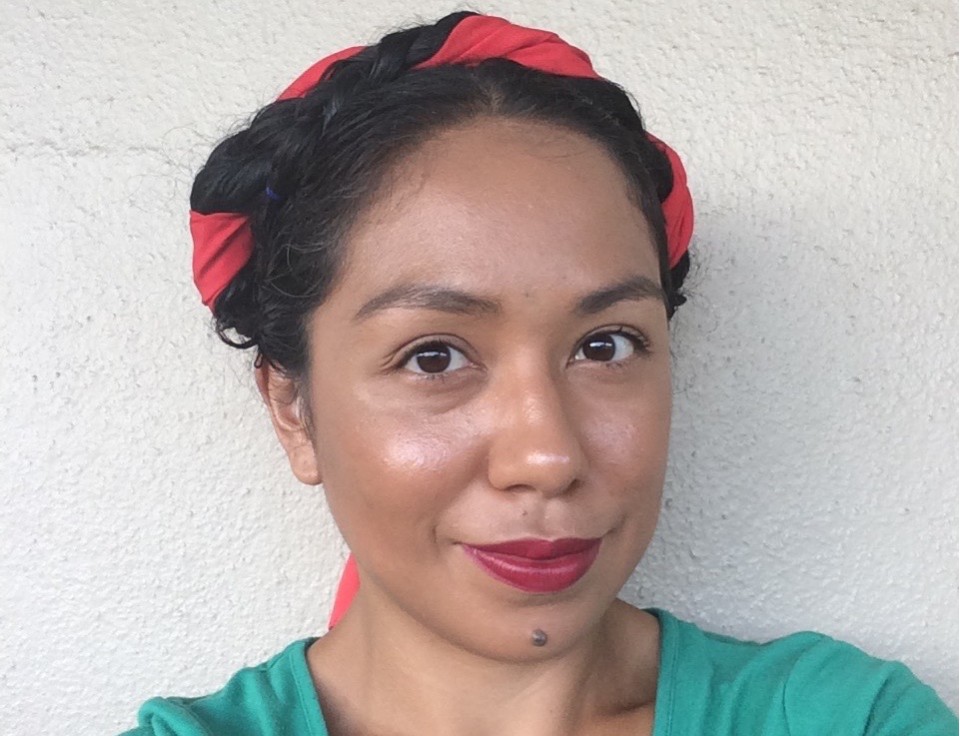 The man sitting behind me at the restaurant last month was speaking Spanish.

So was the park worker the other day, which was a surprise.

There was the couple wearing “Great Aloha Run” shirts, discussing the rain: Parece que va a llover. Their accents were wonderfully soft, elongated, melodic and tripping. Dominican, I think, like my friend Carolina’s.

When I lived in Los Angeles, Spanish was a given. It was everywhere — on buses, at the bank, on signs and on my car radio. I lacked fluency when I moved there, but it was omnipresent, which helped.

Now even though Hawaii has a Latino population of nearly 10 percent — which is a huge increase from before — hearing Spanish remains a rare treat that immediately makes my ears perk up. I remember each time, like a small gem, and I hold it close as a reminder of home.

I love living in Hawaii. I really do. Part of it is that people see me and know I’m part Filipina, which almost never happened before. It sparks an exciting rush in my head: “Yes! You see this part of me! You get me!”

Like a lot of mixed people, I have a hard time trying to navigate between two cultures. I love living here and being seen as Filipina, but now I miss part of my Latina culture. I miss speaking Spanish with people. I miss hearing mariachi music on the radio when I scroll through the channels.

It took a 3,000-mile journey, but I found a place where I can walk nearly anywhere and feel like, at least at a glance, I belong.

I spent all of the Disney film McFarland U.S.A, which is based on the true and very improbable story of a small-town high school team in California winning a high-profile cross-country race, crying. Actually, I wasn’t crying, I was sobbing. From the quinceañera (coming-of-age celebration) scene on, I was a mess. The hand-painted signs selling aguas de fruta and the casual mix of Spanglish made my heart ache for something that I still don’t know how to fill.

Spanish is not my first language, and I would barely qualify it as my second. Like many kids, I didn’t really start to learn it until I was in school. Both my parents speak Spanish, often with each other, but rarely “en casa.” It’s not the language they shared when they fell in love. Spanish was relegated to familiar sounds heard among family members or on my mom’s telenovelas, a comforting melody of syllables I didn’t fully comprehend.

It wasn’t until college, when I was constantly scolded for being “sin lengua,” without a tongue, that I learned to speak Spanish with any fluency. I was shamed into it, but in the positive way that Latin cultures do so well: guilt is part of a beautiful emotional tapestry that is not mean, while reminding us of obligations to our ancestry that we shouldn’t forget.

At some point, when I didn’t expect it, Los Angeles’s Latino culture became part of my understanding of “home.” CASA0101, a primarily Latino theater, was the only one to employ me. It surrounded me with beautiful Latino voices and stories I wasn’t sure I deserved. After all, who was I, with my inability to trill my r’s and my lack of cultural knowledge? Where did this interloper fit?

Still, whenever I was able to speak enough Spanish to say that my grandmother comes from Mexico City and my grandfather is from central Mexico — “mi abuela es del D.F. y mi abuelo es de Guanajuato y Zacatecas, pero mi familia es de Pico Rivera” — I was met with nothing but warmth as people helped me to learn more about my roots.

So, I spent a few summers heading down the road to Boyle Heights in East L.A., grabbing a burrito at Al & Beas, and learning how to be part of something without being looked at as an “outsider.”

Despite my lack of roots there, I felt a shift from being “one of them” — an outsider — to being a part of a group with deep roots. It was a heady, life-altering thing that caused me to question the meaning of my own identity as an American.

The connection grew. I started teaching and Spanish became my lifeboat. My students were gracious enough to become cultural teachers to me, someone who admitted needing help.

They taught me about quinceñeras, and invited me to theirs, and into their houses where their families called out, “Profesora !” They followed by bringing me a plate of food and shellfish.

I became accustomed to tacos al pastor, horchata, and the string of pupusería restaurants in my neighborhood. I took it for granted that I could find tamales sold on the corner every morning, and be awakened by a woman on my street selling them at dawn.

She was there every Saturday, yelling with a sense of tired, joyful urgency. It was like a breakfast-and-supper song: “Tamales, tamales ! Tamales de POL-lo, tamales de QUE-so, tamales tamales !” My housemates hated her, and I wasn’t always a fan, but now, in Hawaii, I miss her voice.

I miss her singing, her call, and her food that makes us special. I miss the small, daily reminders I am not just American — even if the United States is a place I feel lucky to call home — but that there is another language, culture and history waiting there for me whenever I want.

But in another way, I am a minority again. Half of my culture is completely visible here, but another half feels like it has been lost.

In moving to Hawaii, I now walk a weird line. I’m an outsider, but not really. My dark skin and mixed roots make it easy for people to assume I’m from here. It took a 3,000-mile journey, but I found a place where I can walk nearly anywhere and feel like, at least at a glance, I belong.

But in another way, I am a minority again. Half of my culture is completely visible here, but another half feels like it has been lost. I search for that half, seeing her curly hair, the poetic words she knows, and the palate of memories that include my mom’s mole and my grandmother’s noodles.

I know my mother is in me, forever entwined with an Asian culture that is just as beloved, just as precious. But I worry that, being here, the blossoming of one half of me is threatening to overtake less cultivated roots on the other side. I fear that if I am far from the consistent reminders of one culture for long enough, it will slip away into silence.

Is there a place where both of my cultures can live and thrive side by side? Is there ever a stable, fertile ground to place both feet firmly and grow roots, instead of the balancing act I live each day? Is there some way, some place where I can feel whole?

I don’t have the answers. I wonder if anyone does.