What I've Learned About 'Being Local' - Honolulu Civil Beat 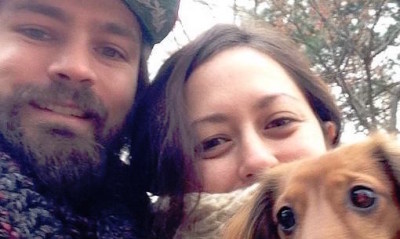 Before I left home last year to move to Korea, my nostalgic flashbacks to my life in Hawaii became particularly acute.

My parents still live close to my elementary school in Aikahi, and I remember how stoked everyone in the neighborhood was when the new playground was built — and how terrified we were when it almost burned down.

I would get out early on Wednesdays and go to Dave’s Ice Cream with my dad and my brother. I remember the liberation I felt when I got my first bus pass. I remember it all: There was the beach park where I got in my first fight, and the fence my friends and I used to hop over in middle school to smoke in secrecy.

I used to steal trays from McDonald’s and take them to Sandy beach so I could glide into longer rides. I remember the first wave I actually surfed, when I started playing ukulele, and how my friend and I would bus over to Waikiki to see how much money we could get from tourists before cops told us to leave.

Psychoanalyze it as you wish, but living away from Hawaii was probably when I felt more “local” than ever — even though my lifestyle was less local than it had ever been.

My vivid memories of home now mean more to me than I can adequately put into words.

But I don’t know if they make me local.

It’s not just because I’m haole — though that will always be part of it. I know I’ll never look local. Yet even when I was rocking the standard “three-piece suit” of Kailua at the time — above-the-knee board shorts, Kailua Boys tank top and a fanny pack — there was always a nagging feeling that I was engaging in a form of forgery. The identity I was crafting for myself was sincere, but I would never be the real deal. I never dared to rock Bloodline clothes, you know?

During that stage of life, I remember feeling like Polynesians had as much leeway as they wanted to call me haole, but how uppity I’d get if anyone else called me that.

I also remember thinking that “local” existed at the opposite end of the spectrum from “townie,” those people who lived on the other side of the Koolau Mountains who spent more time at the mall or the movies than at the beaches or in the mountains. Looking back at such impressions now, I can only laugh.

I lived in Canada for my senior year of high school. It was the first time I had to actively clarify for people that I was from Hawaii, but I wasn’t Hawaiian.

At the same time, that general ignorance of what being local meant, combined with the normal high school insecurities we all navigate, allowed me ham up my personality. Those first few months I taught Canadians to throw shaka (to be fair, I got a mean one), recounted my spear-fishing adventures that may or may not have happened exactly how I retold them, and introduced everyone to the reality that Hawaiian and reggae music existed outside of Iz and Bob Marley.

Psychoanalyze it as you wish, but living away from Hawaii was probably when I felt more “local” than ever — even though my lifestyle was less local than it had ever been.

Being local is cracking beers at the truck while you watch your kids practice Pop Warner sports. It’s the scuff of slightly dragging your feet in slippers — not the clip-clop snap of mainlanders in seasonally sported sandals.

Ironically, when I went to California for college, I saw the same type of posturing from people who I would have once considered authentic locals. There were plenty of Kamehameha School grads at my college, and I always considered it a given that Hawaiian blood gave you the inalienable right to call yourself local.

Yet there they were, wide-eyed freshman living on the mainland, going through the same motions I had just gone through in Canada, uncomfortably teaching people pidgin words and how to throw shaka. It was oddly relieving.

Now that I am in Korea, having more than five years experience living away from home, I don’t get those feelings anymore. I even forgot to bring my ukulele with me. But I still wear aloha shirts every Friday, and if you get enough soju in me I’ll unknowingly slip into pidgin again.

I don’t know what all of this means. I can’t say with any authority whether or not my immediate surroundings dictate my sense of being local — or how much they do.

I’d like to think that being local is something inherent to my being, that “you can take the boy out the islands…” and all that, but my experiences don’t validate that notion. As I’ve come to experience it, “local” is a concept fraught with caveats and irrational feelings.

I appreciate the conversation that Civil Beat is trying to foster here, but I can’t help but feel like being local is not a scholarly discussion with set parameters, even though it can feel like that at times.

It’s relative, and personal. Being local is cracking beers at the truck while you watch your kids practice Pop Warner sports. It’s the scuff of slightly dragging your feet in slippers — not the clip-clop snap of mainlanders in seasonally sported sandals.

It’s the up-nod howzit, not the down-nod hello. It’s showing aloha at four-way stops and beefing with disrespectful tourists. It’s greeting people with a kiss on the cheek instead of a handshake.

I’d like to think that being local is something inherent to my being, that “you can take the boy out the islands…” and all that, but my experiences don’t validate that notion.

In reality, it isn’t these actions specifically, but the feelings woven into them, right or wrong. Basically, it’s complicated.

I remember the day before I moved to Korea. I went to my favorite beach access at 5:40 a.m. to go for one final swim. I watched the sunrise from the cold comfort of the ocean, far out enough that my feet couldn’t touch. I was alone, invisible. When the sun broke above the clouds and poured orange streaks onto the water’s surface, I remember the transient feeling that I shared the same edges as the ocean and sky, that I was larger than the borders of my body.

In that moment, I remember hearing that no matter where I go or how long I’m gone, I’ll come back — and I’ll always be welcome at that place in the water.

Maybe that’s what it means to be local.