Micronesians in Hawaii: The Odyssey of Jonithen Jackson 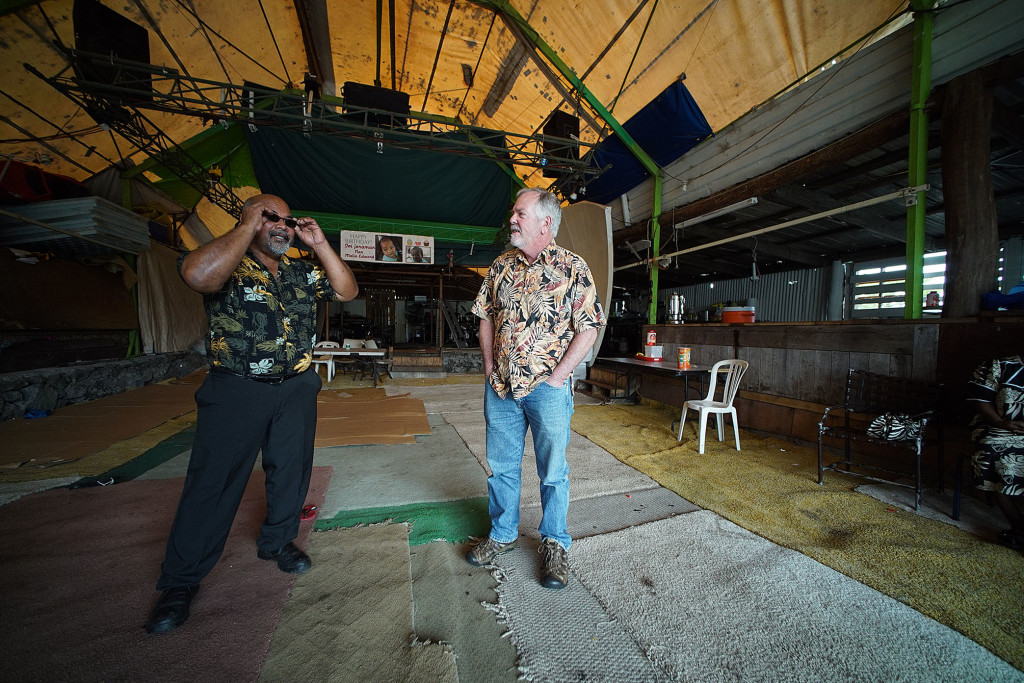 The Odyssey of Jonithen Jackson

This “nuclear nomad” just wants to go home. Except home is a contaminated atoll 2,000 miles away.

This series is underwritten by 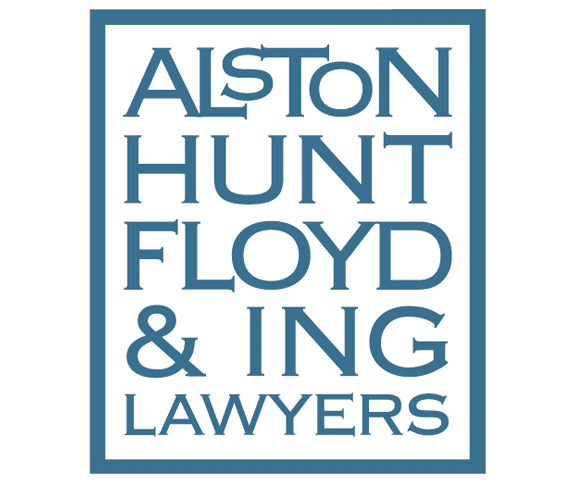 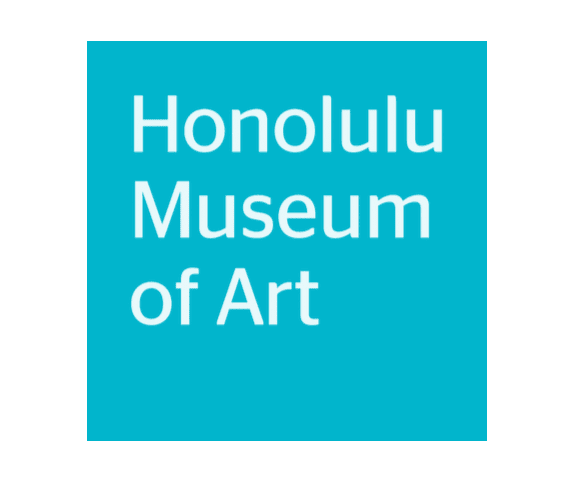 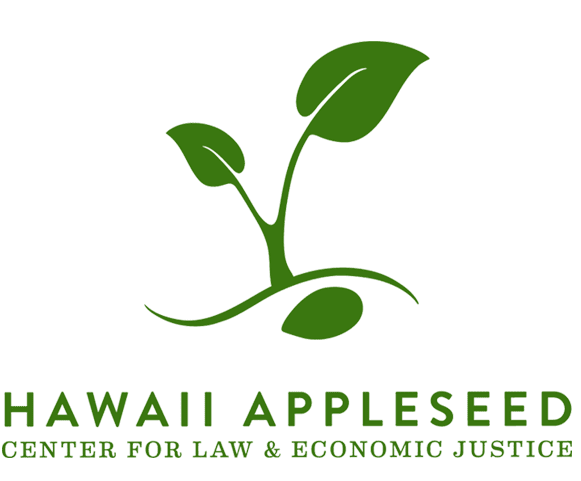 Jonithen Jackson is running for mayor of a tiny coral atoll that he has not lived on for almost 25 years.

It’s called Enewetak, and it’s in the Marshall Islands in the Central Pacific Ocean. It’s a narrow, circular necklace of about 40 islets located more than 2,000 miles from where Jackson now lives in Hawaii.

But the detonation of 43 nuclear devices there by the United States in the 1940s and 1950s made Enewetak a very dangerous place to live. One explosion — the first hydrogen bomb test in 1952, part of Operation Ivy and code-named Mike — removed one of Enewetak’s islands from the face of the Earth.

As with its better known Marshall Islands neighbor, Bikini, where 23 bombs were detonated, a look at color maps of the island groups today reveals several circles of deep blue — bomb craters — alongside the normally green, brown and white atolls.

View Larger MapEnewetak is a low-lying atoll with very little land, much of it uninhabitable because of extensive U.S. nuclear testing.

The testing so contaminated Bikini and Enewetak with radiation that cancer rates among many islanders are far higher than elsewhere. Jonithen Jackson himself is a cancer survivor, and the poisoning of his atoll is the reason he left Enewetak for Hawaii.

And yet, Jackson wants to go home, to the part of Enewetak that is considered safe and where more than 800 people now reside. If he is elected mayor, Jackson wants to cut Enewetak’s dependence on Majuro Atoll, the capital of the Republic of the Marshall Islands.

His top priority will be to double the trips that a supply ship named “Lady” makes to the atoll. He’ll also promote healthier, more traditional eating habits like consuming fish and breadfruit since many of the Marshallese have an over-reliance on processed foods and suffer from high levels of diabetes.

ListenJonithen Jackson, who lives on the Big Island, is running for mayor of Enewetak, a tiny atoll in the Marshall Islands he still calls home.

“I will take the boat to (the islands of) Ujelang and Pohnpei and bring new food,” he declares confidently. “And we can eat good foods, like fresh ones. That is my plan.”

Jackson makes this promise from his home on two acres in the dry, rural Hawaiian Ocean View Estates on the Big Island. About 700 Marshallese call Ocean View home and Jackson is their informal leader.

His family alone numbers around 300 (Marshallese have large, close-knit extended families), and many live in the houses at Jackson’s makeshift commune or frequent the worship hall and recreational area that he has built here.

Swaths of carpet are laid over the old but rocky lava flow the compound is built upon so that his people can navigate the terrain in rubber slippers. Cats and dogs crawl around the dozen or so cars that dot the landscape.

Jackson is a compact, sturdy man who has the affable bearing of a natural leader.

When there are complaints about Marshallese from neighbors, such as trouble in local schools, Jackson is the one that other community leaders seek out as a mediator.

He also has a growing reputation beyond the Big Island as a filmmaker. His 2012 autobiographical movie “The Land of Eb” was screened at film festivals in Chicago, Seattle and Fiji in 2013.

If Jackson wins election as Enewetak mayor come November — and his chances are good, given that his only competitor is his nephew — he says he will happily return to Enewetak to serve the four-year term.

To many Americans, Jackson’s goal would seem quixotic.

While Ocean View, which is more than 100 square miles in size, lacks a water system, with residents relying on cesspools or septic systems, it does have good roads and modern amenities including three gas pumps, stores for groceries and hardware, a restaurant and a post office. Airports in Kona and Hilo are about two hours away by car, depending on traffic.

By contrast, Enewetak comprises just 2.26 square miles of land that is, on average, just 10 feet above sea level. It is accessible only by boat, which can be a three-day trip from Majuro, or by the small Airline of the Marshall Islands, which is so infrequent in service that locals call it “Air Maybe.”

But Enewetak is Jackson’s home.

Land. It is at the very core of identity for Marshallese and all Micronesians, a primordial bond that cannot be broken even by nuclear devastation and removal from their ancestral lands. The Enewetakese, for example, organize their society based on land ownership, and traditional rituals involve the land.

As a 2012 study by Harvard University law students explained, “The Enewetakese essentially identify themselves with the land on which they live, viewing the land as ‘a part of one’s very person.’ In fact, before the Enewetakese were officially allowed to return to their island, the United States permitted dying Enewetakese to return because it was so important to them to die on Enewetak land.”

Such passion underscores how Jonithen Jackson feels about his homeland, so much so that’s he’s willing to give up a relatively successful life in Hawaii to return to the remote atoll.

The nuclear tests forced Enewetak’s population of about 200 into exile more than 100 miles to the southwest on Ujelang, where Jackson was born in 1956. The separation from their home, the Harvard study observes, produced “severe psychological effects” on the Enewetakese.

Nearly 60 years after the testing, the nuclear odyssey continues, as do lingering questions about the United States’ continuing responsibility toward the Marshalls and its roughly 52,000 residents. Estimates vary, but it’s believed that as many as 25,000 Marshallese — about one-third of the Marshallese population — now live in Hawaii, Guam and U.S. mainland communities.

Enewetak island, the largest in the atoll, was declared safe for habitation in 1980 following a multimillion-dollar cleanup that required scraping away the topsoil.

Still off limits, however, is Runit Island on the eastern side of the atoll, where a huge concrete dome covers a 33-foot-deep bomb crater that contains radioactive soil and debris. Other material, including some with plutonium isotopes, was shoveled into the lagoon, perhaps rendering it even more poisonous than what’s inside the dome.

The survival of the dome, which is called Cactus, for the 1958 test, is in doubt, and should it crumble, environmental devastation will likely follow.

“An inspection last year found that the dome was deteriorating, and the radioactive groundwater below rises and falls with the tides. Storms wash sand onto the dome; vines grow in the cracks,” Columbia Law professor Michael Gerrard wrote in a New York Times opinion piece in December. “As things now stand, the Runit dome is likely to be submerged by rising seas or torn apart by storms, releasing its radioactive poison into the ocean and compounding the legacy our advanced civilization has left to this tiny island nation.”

This is the atoll that Jonithen Jackson so passionately wishes to return to and rule. It is a home that he lived and worked on before moving to the U.S., in spite of the risk of radioactivity.

Asked about the dome, Jackson smiles and jokes: “It’s like my pillow!”

Jackson’s humor has likely helped him survive and thrive. But the reality is that Enewetak is still not healed.

Through an agreement between the governments of the Republic of the Marshall Islands and the U.S. Department of Energy, a radiological laboratory was built in 2001 to regularly assess radiation doses. It was the radiation — to people, to fish, to coconut crabs — that exiled the people of Enewetak, Bikini and Rongelap Atoll, making them “nuclear nomads.”

In Jackson’s case, he moved to Hawaii after stints on Majuro and in Washington state. On the Big Island’s west side, he found work as an automobile mechanic until computer-driven systems made his skills mostly obsolete. Now he works with the Big Island coffee industry, which has frequently hired Marshallese to pick coffee beans.

But life in Hawaii is a lot more expensive than when he moved here in 1991 and was able to buy cheap land in Ocean View.

Jackson still receives an $82 payment every three months, which helps though not much. The payments come from a trust fund that was set up by the U.S. government and is now administered separately by each of the four nuclear-affected atolls. Enewetak’s share of a settlement for nuclear destruction is shrinking, however, given the vagaries of investment choices and the stock market.

The lump sum for Enewetak was $48 million at one time. “We take the interest. It keeps going down. Now it’s $22 million,” Jackson said.

Jackson thinks the U.S. government can do better than that to properly compensate for the property, health and psychological damage that was done. He’d like to see a good health clinic on Enewetak, for example.

As good as Hawaii has been to Jackson, no place can replace his home and his culture — despite the radiation.

“What you have, in my home, on my island, when I sit and look around, I feel like … comfortable,” Jackson says. “You feel like you are not in Hawaii. I live here and worry what people are going to say. But in home, back home, well, it’s nothing like that. I am just relaxed. We bring everybody, we talk story. It’s nothing like here.”