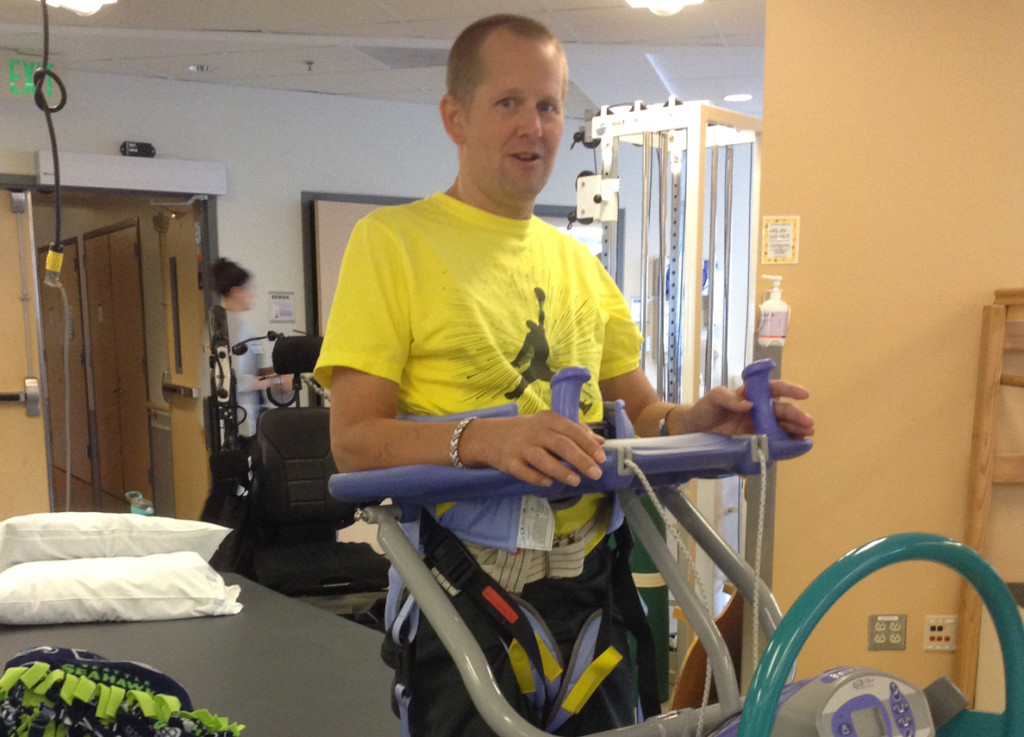 Too many people are ignoring or simply not understanding the warning signs posted at many public beaches.
By Marina Riker

/ January 11, 2016
Scroll to Read
About three-fourths of those who suffer ocean-related spinal cord injuries in Hawaii are visitors, like Todd Duitsman who was paralyzed. Photo courtesy of Todd Duitsman

Just hours after starting his Hawaii vacation, Todd Duitsman was paralyzed from the neck down.

Duitsman and his family flew from Seattle to Maui in July 2014. They dropped their bags at their condo, got a bite to eat and drove straight to Makena’s Big Beach.

An hour later, Duitsman was body surfing in the shore break.

“I was like a human dart into the sand,” Duitsman said in an interview from his home in Washington state. “As soon as I hit, I knew something was wrong … I couldn’t feel anything.”

Many tourists suffer spinal cord injuries at Hawaii beaches. An average of 32 visitors per year sustained back and neck injuries from 2009 to 2013, according to Hawaii Department of Health data.

Wendi Van Briesen, a flight attendant for Southwest Airlines for 17 years, died less than two weeks after Duitsman was injured — in nearly the same spot. Swimming in the waters off Makena, she cracked two vertebrae and suffered a head injury.

That same day, a 17-year-old Arizona teen, Alex Spartz, was doing flips in the water at Kaanapali, also on Maui, when he landed hard and was paralyzed from the waist down.

Makena on Maui is the worst beach for spinal cord injuries, a review of state Health Department records shows. Hapuna on the Big island, Brenneke’s on Kauai and Sandy on Oahu are also hazardous locations.

All this despite signs posted at state beach parks warning beachgoers of dangerous shore breaks.

“It’s a statewide issue,” said Dan Galanis, a Health Department epidemiologist. “I think a lot of (visitors) don’t know how powerful the local conditions can be.”

Local residents often make body surfing and boogie boarding look easy and fun, and visitors might not realize how much skill and danger is involved, he said.

“Sandy (Beach) is the best example I can think of in this regard,” Galanis said. “The tower guards there, of course, are highly adept at sizing people up and trying to intervene, though.”

Most injuries that occur in the ocean happen in less than 3 feet of water, often at beaches with strong shore breaks – like Sandy – that typically have rip currents, a shallow sand bottom and powerful waves.

These beaches can pose a special threat to visitors who have little experience in the ocean.

The state and counties are required to post signs warning of the dangerous conditions, but only at public beach parks. They’re often ignored though; it’s not uncommon to see towels hanging over them, blocking the message.

Duitsman says he saw those signs the day he was injured. But they weren’t enough to deter him from diving head-first into the surf at Makena.

“You’re always thinking, ‘Oh, that will never happen to me,” he said. “There’s a certain personality that you’re not going to deter.”

The Department of Health once tried to figure out how useful the signs were and if they were having any impact. A DOH survey in 2009 found that a little more than half of beachgoers notice signs posted at Oahu beaches. And about half of the people who noticed the signs read them correctly.

Yet the state made no changes to the signs to make them easier to understand or more visible.

Bridget Velasco, a drowning and spinal cord injury prevention coordinator at the Health Department, says that consistent warnings before visitors even get to the beach is likely a better way to prevent injuries.

“Are people even reading (the signs), and are they doing anything different?” Velasco said. “If they don’t speak that language or read that language, then it’s probably ineffective.”

Velasco is working with the new Drowning and Aquatic Injury Prevention Advisory Committee to craft a message that can be posted on visitor websites, airports and hotels to get tourists’ attention before they get to beaches. The committee held its second meeting Dec. 1.