But tracking the possible spread of COVID-19 will require resources, sensitivity and an openness to new ideas and technology. 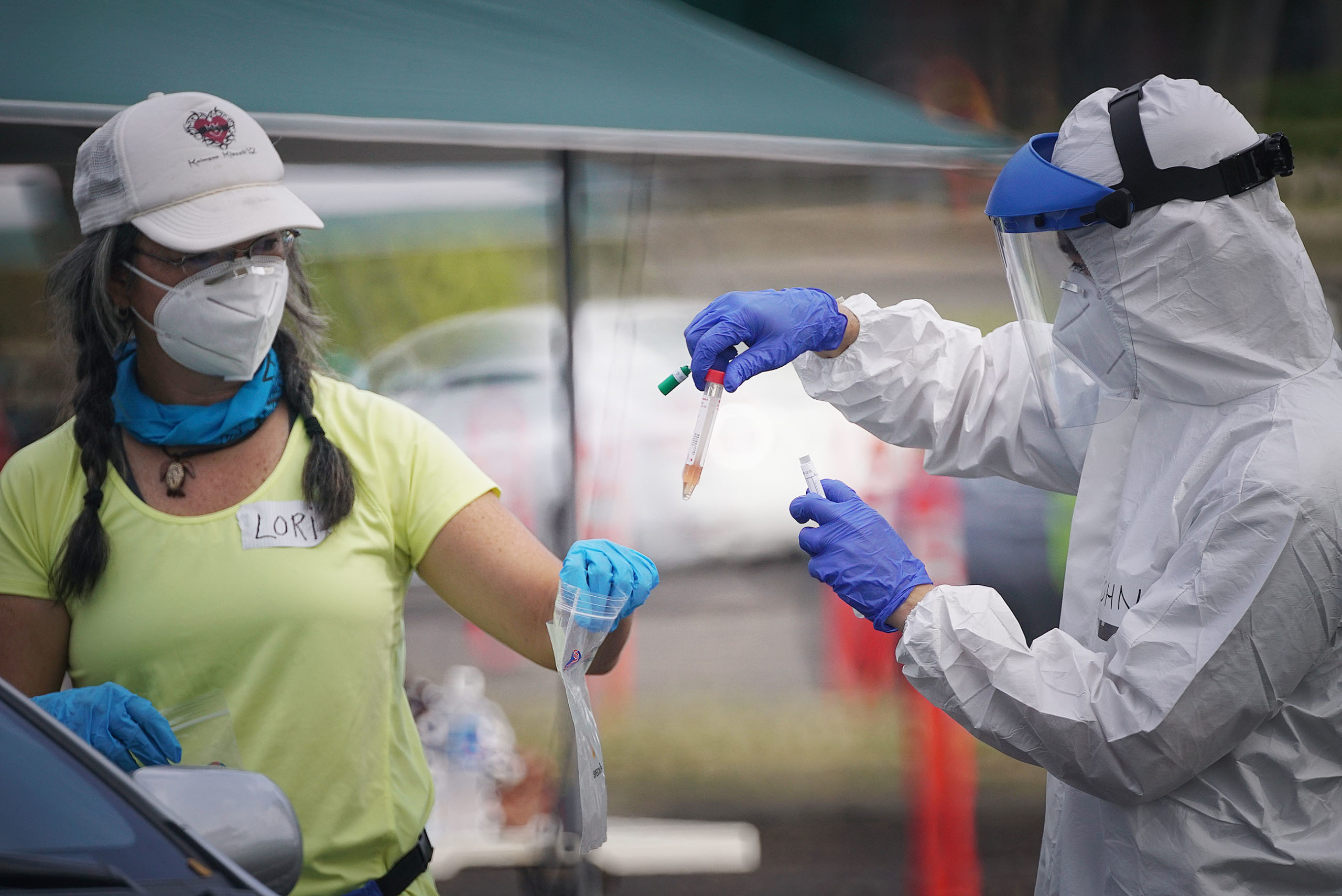 Imagine this: A person with COVID-19 attends a party. If patient zero infects three other people, it could — because it is more contagious than seasonal flu — lead to 12 cases total.

“If that scenario plays out just 10 times, the first case will have led to more than 59,000,” Sen. Elizabeth Warren (D-Mass.) and Rep. Andy Levin (D-Mich.) wrote in a proposal released Wednesday.

The lawmakers, worried about the lack of a coordinated national effort on contact tracing, are proposing a “coronavirus containment corps” to assist state and local health departments with tracing potential coronavirus victims.

As NBC News reports, Warren and Levin represent states that have among the highest number of cases. Warren, the former presidential candidate, lost her oldest brother to the disease on Tuesday.

Hawaii has nowhere near the number of COVID-19 cases as many East Coast states, and there are indications that the growth curve of the virus is flattening. But, as Civil Beat reported this week, our Department of Health is actively working to identify people in the islands who may have been exposed to the virus and to keep them from passing it on.

The DOH, long hampered by budgetary woes, does not have the staff it needs to fully conduct the tracing, let alone support a local version of a containment corps. Should those efforts lag, Hawaii will likely not be able to gradually lift stay-at-home restrictions and begin to reopen the state and its people to business.

The DOH said it needs several dozen more people, paid and volunteer, to ramp up contact tracing. Under his emergency proclamations, Gov. David Ige has the authority to direct state monies to where they are most needed, yet it’s unclear whether those requests are being heeded.

The state will also be helped by the more than $16 million for Hawaii in the $484 million funding package that cleared Congress Thursday and was signed into law by the president Friday. States are expected to use the money to bolster COVID-19 testing and contact tracing, and to help hospitals. Previously, the CARES Act approved in March directed $5 million to the islands from the Centers for Disease Control and Prevention.

Yet, while the DOH says staff and volunteers need to have medical or public health qualifications to do contact tracing because it involves talking to people about matters involving privacy, surely there are many adept people in our state who could quickly be brought up to speed to handle the coordinated outreach.

That’s the case at the Department of Labor and Industrial Relations, where at least 700 state workers this week volunteered to assist with the state’s massive unemployment claims backlog. The volunteers include state legislators who, like many in Hawaii, want to help out their fellow citizens any way they can during this time of shared crisis.

While the CDC explains that contact tracing is a specialized skill that requires proper “training, supervision, and access to social and medical support for patients and contacts,” it’s not limited to mere understanding of medical terms and patient confidentiality.

The agency includes other desirable attributes for the work including possessing “excellent and sensitive interpersonal, cultural sensitivity, and interviewing skills such that they can build and maintain trust with patients and contacts” and “resourcefulness in locating patients and contacts who may be difficult to reach or reluctant to engage in conversation.”

The CDC adds, “The time to start building the trained workforce is now. Time is of the essence.”

Because of privacy laws in the United States, cell phones’ GPS cannot be used to explicitly track COVID-19 patients. But that should not stop the government from considering innovative technological approaches to control the spread of the pandemic.

Locally, data consulting company Upspring has launched a cellphone and laptop app called AlohaTrace to query willing participants about their symptoms and whereabouts. The app, which is supported by private and public resources, could help Hawaii health officials better visualize parts of the state that may be most vulnerable to contagion.

The idea is to locate so-called hotspots or clusters of the coronavirus before they are publicized in the media — two cases in point: the recent outbreaks at Maui Memorial Medical Center and McDonald’s restaurants in Kona.

But privacy and transparency are paramount priorities when it comes to using technology to track COVID-19. Last week, the American Civil Liberties Union released a set of principles it hopes will be embraced by developers, policymakers and the broader public to evaluate any technology-assisted contact-tracing apps and proposals.

Daniel Kahn Gillmor, an ACLU senior staff technologist, warned that, while these tech systems may offer public health benefits, “they may also cause significant risks to privacy, civil rights, and civil liberties.”

The ACLU is calling for “a sober consideration” of the risks and tradeoffs of such a system.

Among its principles for judging the contact tracing apps are to narrowly tailor them to target a specific epidemic, to be able to measure whether they are working and fix them if they are not, to mitigate risks of “further entrenching existing social inequities” and to have an exit strategy to ensure the tracking “does not outlive the effort against COVID-19.”

And, if the government obtains data from the tracking, the ACLU says, “it must be fully transparent about what data it is acquiring, from where, and how it is using that data.”

Models From Other States

As Sen. Warren and Rep. Levin noted in their coronavirus containment corps proposal, contact tracing is being used around the world to stem the spread of the virus.

“It has been a key element of the COVID-19 response in Germany, Iceland, South Korea, and even Wuhan, China, where 9,000 contact tracers were used to track down cases and their contacts.”

Our laws prevent the U.S. and states like Hawaii from copying authoritarian practices of nations like China. But many states are ramping up their contact tracing practices, and they can serve as inspiration for Hawaii.

Washington state was the first state where public health departments used contact tracing “to try to box in the coronavirus” in January, NPR reports. Gov. Jay Inslee, a Democrat, said Monday he expects to see some 1,500 workers focus only on contact tracing by the second week of May.

”This workforce will be rapid-response, something like a fire brigade,” he said. The state will also draw from the National Guard in those efforts.

“Bloomberg has volunteered to contribute upward of $10 million through the Johns Hopkins Bloomberg School of Public Health and help coordinate the effort with the involved governments,” The Hill reported.

What Hawaii should avoid, however, is what Utah’s governor, Republican Gary Herbert, is allowing: an app called Healthy Together to allow Utahans “to track their symptoms and find their nearest testing center — a strategy called ‘test and trace.’”

As Quartz reported this week, the app uses GPS, location data and Bluetooth to identify contacts — something that “goes beyond what both tech companies and civil rights groups like ACLU and the Electronic Frontier Foundation think is necessary for effective contact tracing.”

The foundation, a nonprofit digital rights group based in San Francisco, said many developers are instead developing apps for what is called proximity tracing, “which measures Bluetooth signal strength to determine whether two smartphones were close enough together for their users to transmit the virus.”

Apple and Google earlier this month announced they would adhere to privacy protection principles in their use of what’s known as joint application programming interfaces for iOS and Android apps that are to be rolled out next month.

Fear of COVID-19 has spawned hysterical reactions from many Hawaii residents. It’s almost as if some people would like to see infected patients sporting a scarlet C to ward off others.

Careful, considerate measures can be taken with contact tracing to curb the virus and to help us begin to return to some semblance of the life we knew and enjoyed before the pandemic changed our world forever. 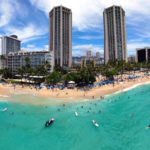 How many public employees are sitting at home being paid? Could any of them be retrained, and temporarily reassigned, to be contact tracers?

Of course we need to do this but CB is putting the cart before the horse. Contact tracing is preceded by extensive and widespread randomized testing. The DOH is not doing anywhere near enough testing. Unless I missed it I haven't seen CB urging or editorializing on increased testing. I have been surprised in general with your seeming lack of urgency or proactiveness in reporting on the pandemic in Hawaii dating back to February. It's the end of April and you guys are just getting to this?

I hope at some point the DOH will organize a corps of volunteers to assist with contact tracing. I am a retired RN & would be glad to put in some time on this.