Officials got a jump on preventing the disease among the homeless, who may also have been protected by their habits.

Hawaiiʻs health care and social services providers were bracing for the worst after the grim news reports last month of large numbers of coronavirus infections in homeless shelters in Boston, New York and San Francisco.

But so far, only one homeless person here has tested positive for the virus.

And that man became infected not at a shelter but while he was at Maui Memorial Medical Center being treated for an unrelated medical problem.

The homeless patient was among the 53 people in a cluster at the Maui hospital, 39 health care workers and 14 patients — the largest outbreak of COVID-19 in the state, believed to have been started by a single hospital employee who came to work sick.

So it is a strange coincidence. A hospital that’s supposed to be a sanitary and careful place had the most COVID-19 cases, while homeless encampments perceived to be the dirtiest and with the most careless settings had zero cases.

Social worker Ashley Shearer said, “We were all worried about the homeless population, and pleasantly surprised, actually shocked, that there were no big outbreaks. The incredible effort paid off.”

Health and homeless service providers here are crediting the lack of COVID-19 infections among the homeless to everything from the vigilance of the state, city and private providers to the homeless lifestyle itself.

Shearer is with the Queen’s Care Coalition that was established by The Queen’s Medical Center to provide homeless patients with health care and social services in an effort to keep them from overwhelming the hospital’s emergency services.

Queen’s is where 70 percent of Oahu’s homeless population goes for hospital care.

When the hospital screened 680 homeless people to find out if they met the criteria to be tested for COVID-19, 59 were then tested and all were negative!

Shearer sees a clear irony. The very traits that make people shun the homeless as outcasts — such as their solitary behavior — turn out to be helpful in fighting the virus. Many have already been practicing the now socially responsible physical distancing.

“They are disconnected from society, they donʻt interact with tourists,” said Kimo Carvalho, former director of community relations at the Institute for Human Services, Hawaii’s largest and oldest homeless services provider. “They don’t eat in restaurants, or travel to mainland cities where COVID-19 contagion was spread.”

Dr. Scott Miscovich, a physician in private practice, tested 300 homeless on Hawaii Island and another 150 on Maui with zero positives.

Miscovich says the paucity of COVID-19 cases among the homeless is because many infections here to date have been travel related.

“This has been a disease of the affluent here,” he said. “What the cases had in common was money, wealth, the ability to travel. Or virus infections were related to work in hotels, bars, places travelers go.”

The state health department says the lack of cases in the homeless population reflects Hawaii’s limited and localized spread.

Health department deputy director Edward Mersereau says that because the majority of COVID-19 cases here have been travel-related, it was very helpful for all residents, including the homeless, that the state on March 26 instituted a 14-day quarantine for all incoming travelers  — the first such action in the country.

Credit is also given to non-profits who run homeless shelters. Because the coronavirus became evident here after outbreaks on the mainland, there was a brief opportunity to take proactive steps to meet the crisis head on.

IHS executive director Connie Mitchell said, “The minute I heard about the virus spreading in shelters in Boston and Los Angeles, I thought ‘Oh, my God, we need to mobilize and reduce the risks to our guests’.”

IHS runs three shelters on Oahu housing that normally house 400 people, many of whom are elderly or with serious underlying medical conditions, as well as addiction and mental health issues.

Mitchell is a registered nurse familiar with medical practices to limit contagion in group living.

She reduced the populations in each IHS shelter by 25% by moving guests to rental housing and other community facilities with extra space, and she also opened up vacant rooms in the shelter so the beds could be spaced farther apart.

In the early days, she said, the most challenging thing was fear on the part of the homeless guests and some staff members but she said anxiety lessened as together they learned simple, everyday things they could do to face the challenge.

From the beginning, Mitchell instituted daily temperature checks and screenings to determine who needed to be tested.

Guests showing possible virus symptoms were sent to medical facilities to be tested and then to the temporary quarantine and isolation center the city opened on Kaaahi Street to await test results. All came back negative.

All people in the shelters, members and guests alike, needed to wear masks but initially it was difficult to buy enough. Mitchell was getting ready to sew masks herself when donors came to the rescue, donating almost 700 handmade cloth masks.

“It was life-saving for us. We could distribute masks to everyone,” Mitchell said.

The city’s two Provisional Outdoor Screening Triage Facilities, one at Keehi Lagoon Park and the other at Lehua Community Park in Pearl City, provided places for people with no homes to shelter in as the rest of the state went into mandatory lockdown.

While living in the POST facilities, homeless campers were screened for possible virus symptoms and sent for testing if it was warranted.  Again no positives.

Marc Alexander, executive director of the city’s Office of Housing, said at both the POST facilities and the quarantine and isolation center, homeless residents were offered health care for other medical conditions and an array of social services with some agreeing to move off the streets and into shelters or rental housing.

“When they came to the facilities, many were scared, thinking they were symptomatic. They left relieved and in much better shape than they had been before,” Alexander said.

One weird and unexpected circumstance was 17 tourist scofflaws with no place to stay who came to Hawaii despite the mandatory 14-day quarantine, and ended up being shuttled to a POST facility.

“Our goal in setting up the facilities was not to become an eco-tourism hotel for mainland homeless,” Alexander said. “We don’t want to be used that way.”

So even though Hawaii’s homeless seem to have made it safely through round one of the pandemic, the virus is still out there.

The health department’s Mersereau says, “We need to remain vigilant as the state begins to open up. This is not over. We cannot rest on our laurels.  We need to keep using the precautions we have learned really work, such as social distancing.  If there is a new cluster of cases, we are now ready to respond better with the lessons we have learned.”

Mersereau says one auspicious development is that different departments of state and city government have come together to work more closely, always including private providers in their discussions.

Dr. Daniel Cheng, the founder of the Queen’s Care Coalition for the homeless, says this unified effort will be important should there be a cluster of homeless COVID-19 infections because contact tracing is particularly difficult with homeless individuals, who may move frequently without telling anyone.

Miscovich says there needs to be more aggressive screening and testing, particularly of people living in group settings such as homeless shelters, care homes and public housing.

“The bottom line is we need to continue testing,” he said. “People living closely in groups remain at risk for a mass scale spread that could happen before you know it. We need to be proactive.”

Yet he adds, “I feel good because the disease prevalence is so low.  I do sleep better even though we are not yet out of the woods.” 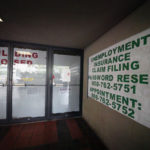 The Madness Of Applying For Unemployment Insurance

The newly arrived homeless are classified as "intended residents" ? There are lots of new faces at Kuhio  Beach area - they go right on the dole paid by taxpayers

"Miscovich says the paucity of COVID-19 cases among the homeless is because many infections here to date have been travel related."  Exactly why lifting the 14 day quarantine of arrivals will open the floodgates of infection.  Our disease rate will revert to the national average.  Always remember the Kualoa Ranch tour guide.

Good job all the way around.  Low numbers of CV-19 cases for the general population AND for the homeless.