The Hawaii Legislature Should Not Delay Tough Calls

If the economy tanks further, it will be necessary to cut salaries, implement furloughs, skip pay raises and reduce payments to health plans and pensions. 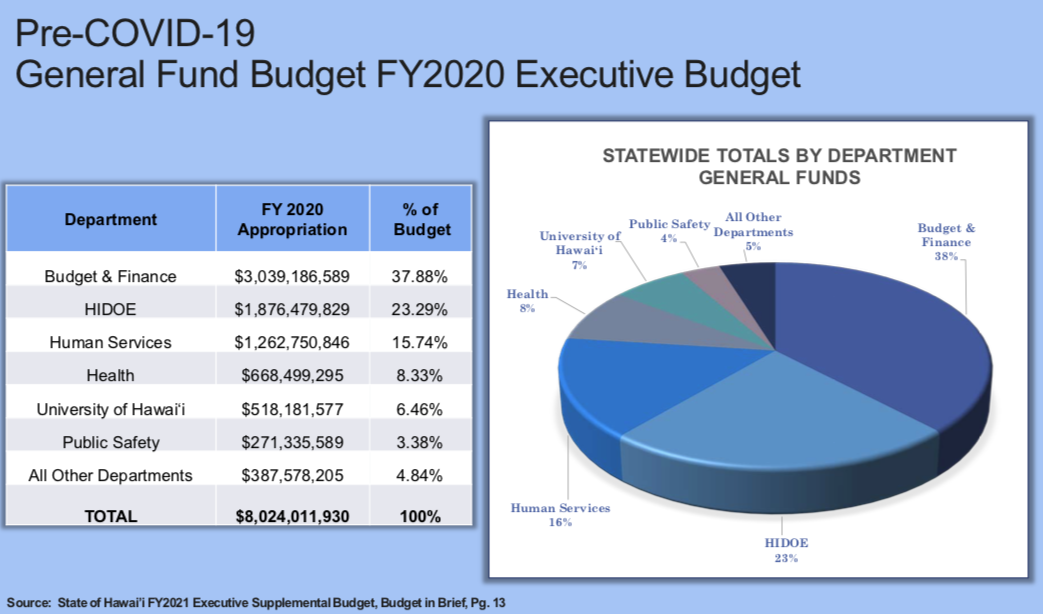 There are a lot of expectations for the reconvening of the 2020 Hawaii Legislature, which begins Monday. The state is on the cusp of the worst economy in its history, and lawmakers are being urged on multiple fronts to do something big.

In fact, the session, which was suspended March 16 because of the coronavirus and will run just six to nine working days, is narrowly focused: approving a tighter state budget so the government can operate, passing $2.1 billion in construction projects to stimulate growth and authorizing borrowing to keep the state afloat.

Lawmakers are also planning on raiding monies from various sources and directing them into categories such as emergency services, the budget reserve and mental health funds. They plan on directing federal Coronavirus Aid, Relief, and Economic Security Act funds to the three neighbor island counties and various departments, especially those focused on responding to COVID-19, such as health and labor.

It’s a solid enough plan, but it does not call for much shared sacrifice that may soon be necessary — including trimming salaries, canceling pay raises (something that requires the governor’s authority), ordering furloughs and even reconsidering payments to state pensions and health benefits for retirees.

The current plan won’t cut salaries (including school teachers) or critical social service programs, and it will allow for some collective bargaining payments to public sector unions that were already approved before the pandemic.

And, while the budget and related bills are slated to be heard Monday, the rest of next week will be dominated by confirmation hearings for hundreds of appointments to agencies, boards and commissions. As well, the House and Senate special committees on COVID-19 will continue to meet.

Senate President Ron Kouchi and House Speaker Scott Saiki are also expected to introduce a bill to forestall pay raises planned over the next several years for the legislative, executive and judicial branches.

That’s a good idea. Lawmakers recognize that, while the raises were proposed by an independent salary commission in 2019, it is neither good politics nor policy for lawmakers to be getting more pay while so many in the private sector are losing theirs.

Acting on a financial plan is a way for the Legislature to assert its constitutional authority to control spending even as Gov. David Ige is operating under a declared emergency that gives him many powers. As Luke explained, according to the Honolulu Star-Advertiser, “If you need $1 billion, here’s $1 billion. I think they just had difficulty identifying where the pots are, and we’re just doing the administration’s work in identifying” the available funding.

That’s quite an indictment of the leadership of Ige, a former WAM chair, but also an illustration of the Legislature’s frustration with the way the administration has responded to COVID-19. Similar grumbling has come from several county mayors.

But here’s the biggest rub: A staggering 290,000 private sector and nonprofit workers in Hawaii have filed for unemployment. To add insult to injury, the state Department of Labor and Industrial Relations has paid out barely a third of those claims as of last week, thanks in part to an IT system that is older than many of the legislators.

An even greater concern is that, while cutting $1 billion from an $8 billion supplemental budget for the fiscal year that begins July 1 has been equated to “filling a puka,” as Dela Cruz puts it, the cold reality is the hole is very likely to grow much larger. Ige previously estimated that it will be $1.5 billion, and the starkest forecast from one local economist suggests it could be as much as $1.85 billion.

While optimistic, leadership in the House and Senate are aware of this. They plan to go back into session in June, following the Council of Revenue’s May 28 forecast.

Depending on the state of the state at that time — in particular the status of the stay-at-home order, what businesses are allowed to reopen and when, whether a travel quarantine is still in place, whether tourists begin flocking en masse to Hawaii again, and the daily count of virus infections — Hawaii may face an even more consequential health and fiscal crisis.

If that is the case, the Legislature must seriously consider the following:

On that last point, a report in October from the Hawaii Executive Conference, chaired by Colbert Matsumoto, said Hawaii will face three major challenges over the next 30 years: building and maintaining infrastructure, preparing for natural disaster and sea level rise, and meeting public employee pension and retiree healthcare obligations.

The challenges will total $88 billion, of which $25.7 billion will be from the unfunded liabilities, as shortfalls in health and pension payments are called. The Legislature must in the short term deal with the COVID-19 catastrophe but be cognizant of the long-term worries already on the horizon.

We understand that pay cuts are anathema to many Democrats and their labor allies, and that pensions and health care are deemed by some to be sacrosanct. The fact that this is an election year will only make it harder to make tough calls.

But in times of deep crisis there can be no sacred cows. Many of our citizens are spending hours waiting in line at food banks, and there are businesses and jobs that are likely to never return. A historic reckoning appears nigh.

Our elected officials must find an equitable way to share the pain, and work together. When good times come again — something that right now is very difficult to foresee — perhaps salaries, raises and benefits can be restored. 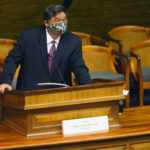 Back In Session: Hawaii Lawmakers Grapple With A Billion-Dollar Budget Hole

Wait......again? You want to do this the the state workers again!? We already took a major hit in the last recession, that we never recovered from. I am a lowly state worker, I have had to work two- three jobs to take care of my family and ailing parent. Don't even tell me that we as state workers deserve to take another hit to our already low pay. I am the only working person in my family right now because of this pandemic and you all wanna cut my legs out from under me. AW HELL NO!

State budgets around the country are facing similar scenarios, but Hawaii has at least one ace in the hole compared to other states....wiggle room on our sales taxes. Our combined sales tax rate (or GE tax rate if you prefer) averages out only at 4.44%. This is the 2nd lowest rate in the country behind Alaska and the 4 states with absolutely no local/state sales tax.In 2019, the GE tax rate accounted for more than 42% of the state's revenue. The relative weight of the GE tax means that changing this component will have the biggest impact on the revenue side of the ledger.Raising the tax rate on retailing portion alone would generate an additional $331 million for every one percent rise! Of course the falling restaurant/tourists sales would negate this to some degree, but it would still have a large impact, and provide a much more palatable solution than cutting salaries on state workers like teachers.

"The Hawaii Legislature Should Not Delay Tough Calls" True but that is not how the legislature saw it today. They raided the rainy day fund along with every other fund that they could get their hands on in order to put off any cuts. This will be the greatest recession/depression in our lifetimes and may last a decade. The hardship is just getting started and Hawaii has spent the funds that will be needed in the future.  I don't know how these people will be able to look the public in the eye ever again.