Antiracism Demands More Than A Hashtag 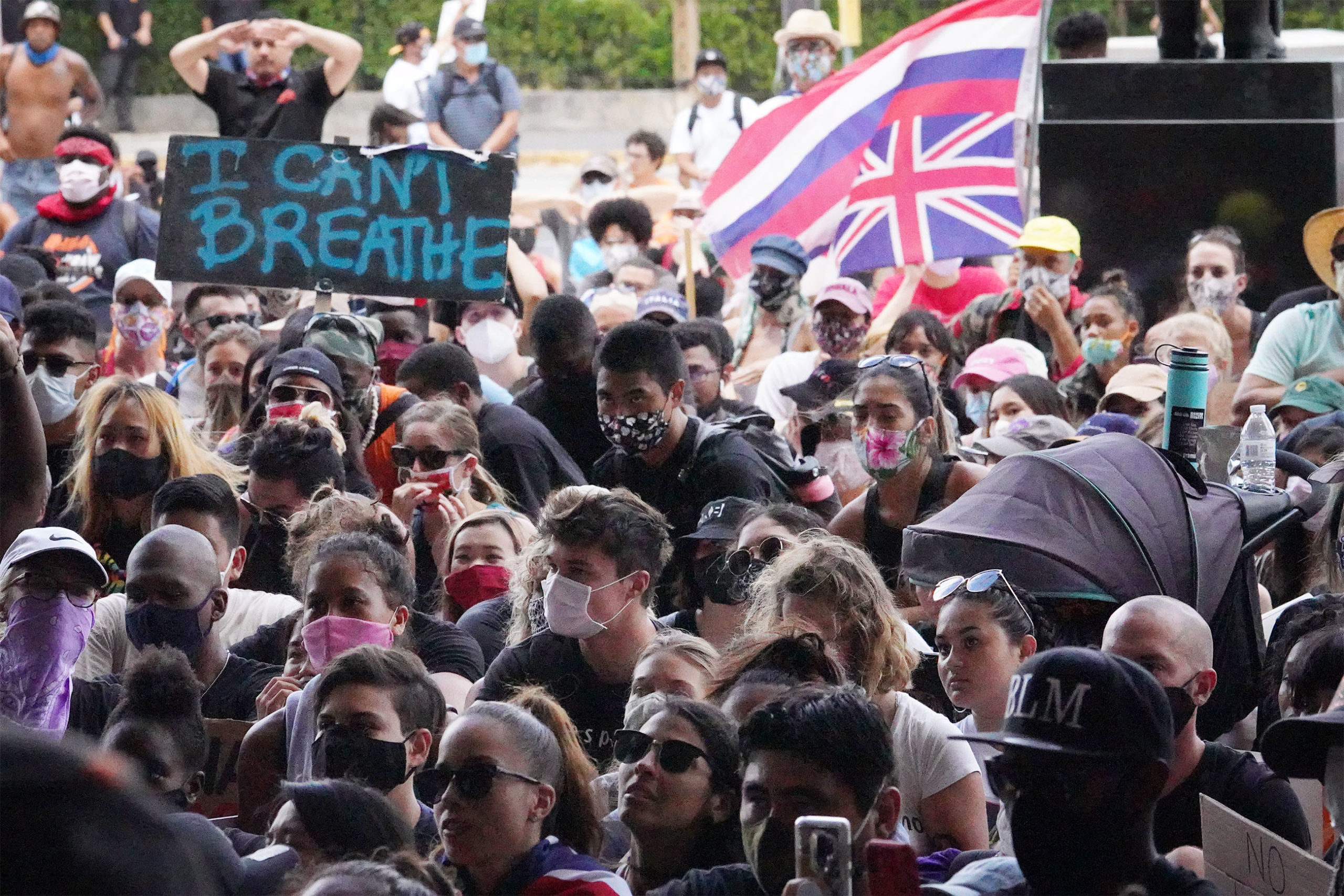 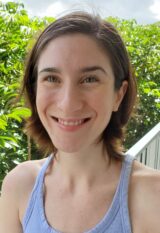 Noreen Kohl is a sociology Ph.D. candidate and lecturer at the University of Hawaii Manoa. She holds a B.A. in journalism and M.A. in sociology. Kohl teaches, researches, and writes about social issues including racism, policing and the criminal legal system, families and health, and economic justice. She is currently working on a dissertation about the implications of law enforcement for the well-being and life chances of young adults in the United States.

Recently, my jaw dropped as I scrolled through blacked out Facebook profile pictures and Instagram posts with hashtags like #amplifymelanatedvoices for #blackouttuesday used to express solidarity with the Black Lives Matter movement. I was astonished to see the politically and socially diverse range of individuals participating, considering the silence regarding police brutality and racism I have noticed in the past.

This is a starting point, but sharing a hashtag is easy and hardly signifies outrage. Sporting a temporarily blacked out Facebook profile is a relatively empty act, even though it does communicate a symbolic gesture of solidarity. As such, I think it is an important first step in breaking one’s silence, and I hope it doesn’t stop there.

The scale and reach of the response to George Floyd’s murder feels different. It has been different. My partner, who is black, is hearing from people he hasn’t spoken to in years, saying they “see” him.

People who never showed up for protests and actions regarding police brutality and racism are attending rallies or supporting protesters by donating money and other resources. Some individuals in positions of power, as well as companies and corporations, are talking about defunding police and questioning the militarization of local law enforcement. This is not enough, but it is significant.

I hope these conversations are ongoing and those in power address racism in policing and change what law enforcement looks like in the United States.

From protests across U.S. cities to engagement on social media, the reaction to George Floyd’s murder from individuals previously uninvolved and unmoved by the fight for black and brown lives is important. The widespread response reflects the tireless and effective work of advocates for the oppressed and movements like Black Lives Matter.

I know that progress takes time, major social change occurs in small steps. But I have to ask of those finally acknowledging injustice for the first time, why this moment?

So far this year, over 80 black people have been shot and killed by police (that’s an underestimate and does not include people murdered by other forms of violence). Eric Garner (who also couldn’t breathe), Breonna Taylor, Sandra Bland, Philando Castile, Tamir Rice (12-year old black boy), Charleena Lyles, Aiyana Shirley-Jones (7-year old black girl shot in her sleep by police), Shukri Ali, Oscar Grant … the list of names of those murdered by the state is never-ending.

Each person murdered and their loved ones deserve justice. Change should have been made in the moments after each of their murders, in their names.

Why didn’t the folks just now considering that black and brown lives should matter think so then? Why didn’t you say their names?

I ask these questions to invite a reflective exercise — I’m not interested in white guilt or the like. It is vital for individuals with relative privilege, who are not forced to organize our lives around racism and the threat of the police state, to ask ourselves these questions.

I think the overarching answers can help unveil some problems in our thinking about the relationship between racism and police violence. We need to ask these questions and move forward, denouncing white supremacy.

The nature of George Floyd’s murder — being pinned down and suffocated under the knee of Derek Chauvin for 8 minutes and 46 seconds as three officers complicitly participated by watching — is disturbing and attention-grabbing. The gruesomeness has called into question the unchecked discretionary power of police.

We should be outraged and traumatized by the way George Floyd was killed. His murder should elucidate why racist acts of police violence are better described as lynchings — a practice largely affiliated with the pre-Civil Rights era. However, we should not require an extremely violent act to call the exorbitant, unchecked power of police into question, to understand the links between police violence and racism.

The circumstances of George Floyd’s murder matter but should not be the factor determining whether we mourn him and call for justice. If he had been shot to death, would George Floyd be less legible to you? If George Floyd were an undocumented immigrant, how would the narrative about this murder be different?

Modern American policing is built on a legacy of racist capitalism.

Do you know about Tony McDade’s murder? Are you outraged that another black person has been murdered by the state, that black and brown people are systematically oppressed? Or, are you solely focused on the circumstances of George Floyd’s killing? We need to pay attention to all of it.

That we are living through a global pandemic must be relevant to the overdue response from many people previously undisturbed by racist police violence, but I’m not entirely sure how or why. At home and “socially isolating,” perhaps we are devoid of the usual distractions and more attune to issues of struggle?

Do folks simply have the time and space to think about marginalized problems, including racism and police brutality, in ways we took for granted or hadn’t considered before? We need to question and address why we haven’t paid attention in the past.

George Floyd as an individual matters, as do his loved ones. But his murder does not reflect an individual problem. Modern American policing is built on a legacy of racist capitalism, rooted in slave patrols and enforcement of the Black Codes, from which racial profiling and Stop and Frisk evolved.

George Floyd’s dying words echo Eric Garner’s dying words. To dismantle the racism that structures law enforcement and demand accountability for white supremacy, we have to see that George Floyd’s murder is embedded with countless more murders in a larger system of oppression. 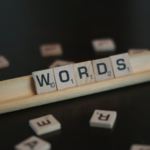 ‘Public’ And ‘Private’ Should Be Handled With Care

Noreen Kohl is a sociology Ph.D. candidate and lecturer at the University of Hawaii Manoa. She holds a B.A. in journalism and M.A. in sociology. Kohl teaches, researches, and writes about social issues including racism, policing and the criminal legal system, families and health, and economic justice. She is currently working on a dissertation about the implications of law enforcement for the well-being and life chances of young adults in the United States.

Thank you.  Well said.  I hope this movement sticks, that it is not just virtue signaling or empty gestures.  We have seen that too many times before.  Sarah Vowell wrote a wonderful piece on the first day of protests, pointing back to a piece she wrote about Rodney King.  We have seen the movement rise and fall.  People look away and the ball is dropped let's hope it does not happen again.and please folks, do not change the subject.  Yes, other people have experienced injustice, but people of African ancestry in the US have a unique history of abuse from slavery to police brutality.  Changing the topic blurs the margins, ad slowly but surely people drift away.  Iy  is not all the same, and it is time for us to reckon with this, finally.

"countless more murders in a larger system of oppression"In the context of oppression systemically perpetrated by the US, why is there no outpouring of grief and anger at the 100,000s of the non-white victims of belligerent US actions against Iraqis, Afghanis, Syrians, Libyans, Yemenis, and Palestinians by our proxy Israelis?Why are there no protests for non-white Cubans and Venezuelans suffering from economic sanctions? Numbed silence, is what I hear.Perhaps, this outpouring of sensitivity will expand to all victims of oppression, especially our indigenous populations.