Chad Blair: Did You Hear About The White Supremacists In Aloha Shirts? - Honolulu Civil Beat

Chad Blair: Did You Hear About The White Supremacists In Aloha Shirts?

It’s no joke. Right-wing extremists known as boogaloos are showing up around the country wearing “Hawaiian” shirts, packing heat and raging for insurrection. 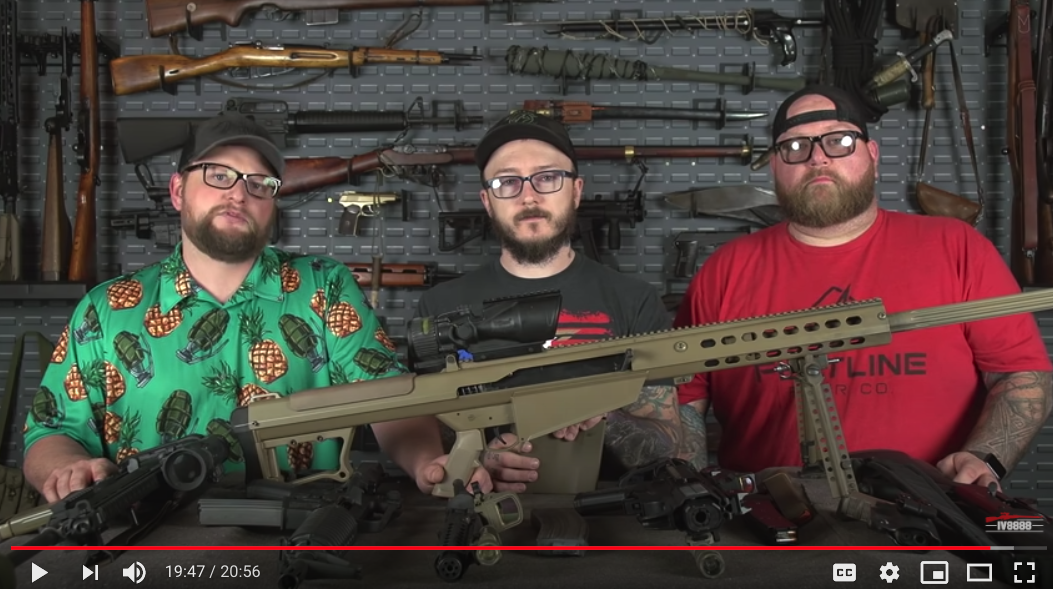 Many a pundit has likened the tumultuous year 2020 — which isn’t even half over — to 1968, which included widespread protests over racism but also a host of other historic events (assassinations, war, riots, Nixon’s election).

Others compare it to the years 1929 (the Great Depression) and 1918 (the Spanish flu), and it is certainly true that we are living in very strange times — a pandemic, a recession, marches in the streets and a presidential election starring Donald Trump. Just this week alone the U.S. Supreme Court ruled in favor of LGBT and immigrant rights and John Bolton published an interesting book.

Now we might add 1861 — the start of the Civil War — to the analogies, although I think that’s a stretch. That it might come with the help of aloha shirts, however, is nonetheless disturbing.

“Need to update your article about David Duke appropriating Aloha,” a Civil Beat reader emailed me a few days ago.

A screen shot from the “Top 5 Boogaloo Guns” clip on YouTube. As The New York Times reported May 3, the host (at left in aloha shirt featuring pineapples and grenades) warns of “a tyrannical government and you have got to take to the streets and take care of business.”

She was referring to a story I wrote in November about a radio program in the South called “Stormfront Radio” that temporarily rebranded itself as “The Morning Aloha Report” and credited Tulsi Gabbard for the inspiration.

The groups spread their message through memes and posts on 4chan, Reddit, Instagram, Twitter and Facebook groups and are “critical of the government, encourage violence and armed resistance, and often employ racist and xenophobic language,” as NPR said May 31.

The wearing of aloha shirts by these male groups — and they seem to always be male, and always white — has a bizarre origin.

Many media reports point to a 1984 film titled “Breakin’ 2: Electric Boogaloo,” a flop-turned-cult classic (as NPR put it) about breakdancing. For reasons that don’t entirely make sense to me, the movie’s title later morphed into “Civil War 2: Electric Boogaloo.”

Wait, it gets weirder.

A promotion for the 1984 film “Breakin’ 2: Electric Boogaloo,” the inspiration for the Boogaloo Movement.

“As the ideology spread, the reference to ‘boogaloo’ became contorted, variously appearing as ‘big igloo’ and ‘big luau,’” The Wall Street Journal said June 8. “The Hawaiian shirt grew out of the ‘big luau’ shorthand, according to several experts on far-right groups who were interviewed for this article.”

Why luau? Because, the theory goes, a luau features a pig roast, and “pig” is slur for the police.

“The inherent jolliness of a Hawaiian shirt gives heavily armed boogaloo boys a veneer of absurdity when they appear in public that can deflate criticism,” the Journal explains.

Funny, yeah? No. Some of the agitators have been arrested for inciting violence, and there is fear that things could grow far worse.

As The Economist wrote May 23, some of the agitators, many of whom take to the streets to protest coronavirus lockdowns, are “adherents of accelerationism, a strange marriage of Marxism and neo-Nazism which holds that the contradictions of the economic and political order will cause it to collapse. From the ruins, a nation built on blood and soil will arise.”

Based on my perusal of news clips and online sites, when the apocalypse comes it will not be led by people donning Sig Zane or looking like Tom Selleck circa 1980. They’ll be out-of-shape guys wearing the cheap aloha wear you’ll see Japanese tourists gobbling up at ABC Stores in Waikiki. (Although not lately. Thanks a lot, COVID-19.)

Diving deep into Boogaloo Facebook groups reveals, the author says, “a much more complex picture.” Some adherents, for example, see parallels between the deaths of Black men by white police officers to the deaths of white men by authorities at standoffs like Ruby Ridge or Waco.

As The Intercept reported June 10, the anti-racism protests that have “convulsed”cities across the United States “are also being used as cover, to quote the president, for ‘acts of domestic terror.’”

As far back as November the Anti-Defamation League warned about phrases such as “showing up for the boogaloo,” “when the boogaloo hits,” “being boogaloo ready” and “bring on the boogaloo,” and hashtags including #boogaloo2020, #BigIgloo (“igloo-related images are now also used as boogaloo references”), #boojahideen and #boogaloobois.

“Whereas the militia movement, radical gun rights activists typically promote the boogaloo as a war against the government or liberals, white supremacists conceive of the boogaloo as a race war or a white revolution,” the ADL explained.

Maybe this is all a passing phase. But if not, I close with the righteous words of a writer for Esquire who, in a June 3 column, called the booglaoos “shitheads” trying to rock hibiscus print:

“Fight white supremacy with every resource available. Champion common-sense gun laws designed to keep military-grade firearms out of the hands of dangerous people. Support the protestors fighting for an equitable America, and decry those who would use a pandemic as a jumping-off point for their despicable ideology. Do everything you can to make sure the bastards don’t win — and maybe wear a Hawaiian shirt while you do it. Symbols matter, even small, seemingly silly ones. Don’t let them have this.” 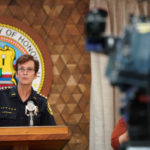 To Defund The Police Is To Rebuild Communities That Care

Great investigative journalism.One clue that was overlooked while observing the cultural misappropriating of the aloha shirt with its' contemporary cultural motifs, is the glaring fact that all three men were sporting beards.Beards have always been the iconic hair accouterments of academics, poets, and outdoorsmen, usually bachelors, who like to hunt anything that moves in the woods. I do think that if Chad investigatively shaved the furry jaws of these well armed men he might find; men who were hiding a late-night drunken tattoos, or merely suffering from deferred management of their mustaches because they had spent all their money on guns and couldn't afford to buy razors.It could be more something far more sinister, who knows, we need Chad to look deeper.

I'm more worried about Hawaii's residents and businesses who are a half step away from bankruptcy and homelessness.