Iolani Palace was already struggling to find the money for much-needed repairs. Then came COVID-19. 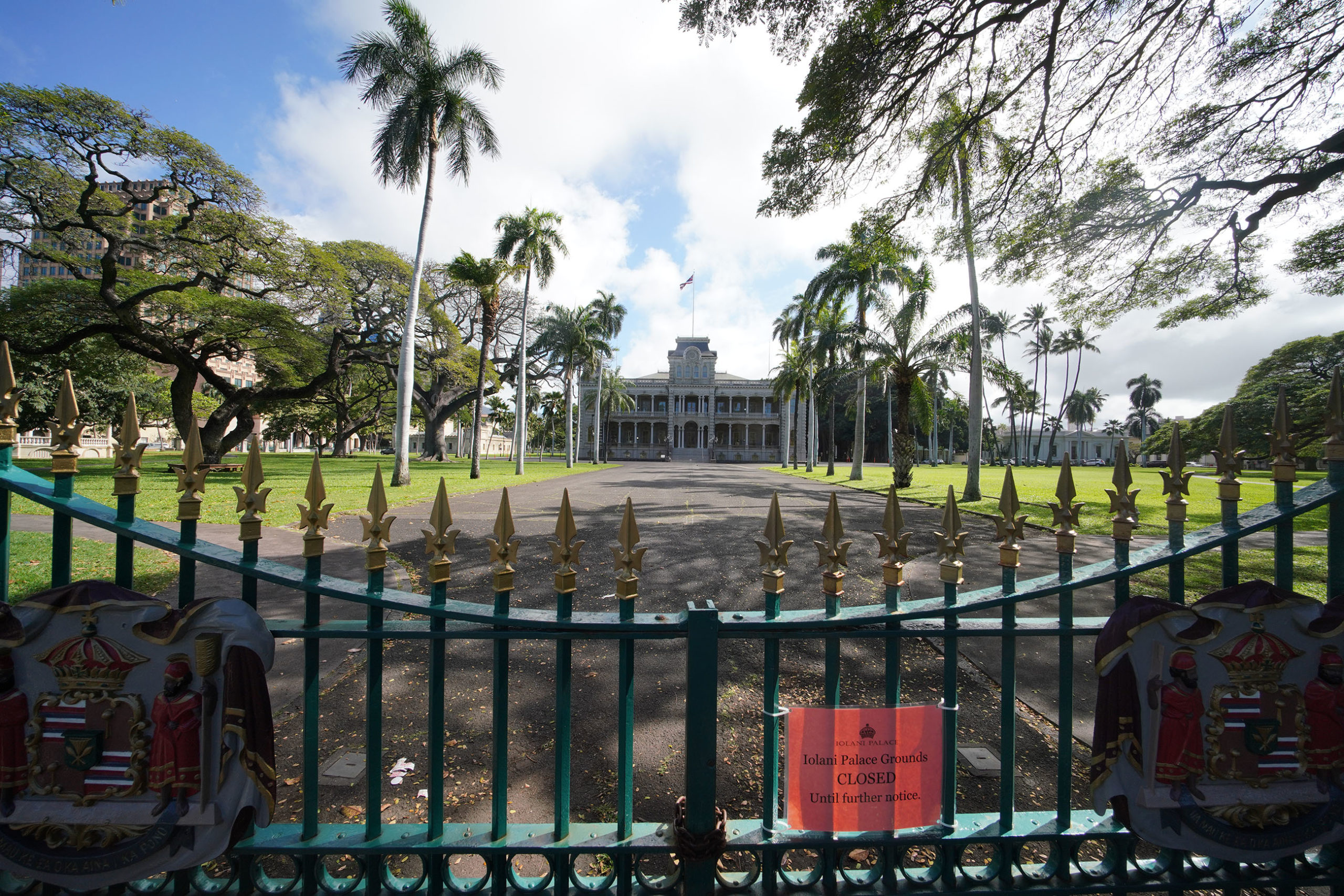 Iolani Palace reopened Friday, welcoming visitors for the first time since March 18, when the palace shut down with most of the rest of the state to prevent the spread of the coronavirus.

But what visitors were unable to see as they walked through the elegant rooms is the decay of the building from decades of postponed maintenance.

Iolani Palace is the only official royal palace in the United States.

It was built by King Kalakaua, opening in 1882. It served as the Hawaiian royalty’s residence and place of business until the overthrow of the monarchy in 1893.

In the palace attic, two leaks in the roof allow water to seep into the curator’s storage room where priceless artifacts are safeguarded.

So far, nothing has been damaged because of the diligence of palace workers who rush to put out plastic buckets during big storms to protect historic materials from water damage.

The entire roof was redone during the eight-year, $6 million restoration project in the 1970s that turned the palace into the treasure it is today.

Since then nothing has been done to repair the slate part of the roof.

“Sometimes we think of the palace as more of a tourist attraction, but what it represents is irreplaceable,” said Glenn Mason, Hawaii’s premier historic restoration architect. Mason has been the lead architect on 11 major phases of restoration work at the palace.

Evidence of other deterioration, he points out, is the “sugaring” of the plaster on walls that “comes off as powder in my fingers. The plaster just rubs off. We need to do something about it.”

Strips of plaster are peeling off of some iron columns.

Cast iron elements including the railing on the second floor have rust bleeding through and need to be repainted.

Wooden boards on the second-floor lanai have rotted.

Two dangerously unstable pergolas — shaded seating areas — on the palace grounds are fenced off with an “area closed” warning.

Mason did the last major repair on the palace’s Coronation Pavilion in 1983, but now the pavilion is weakened by cracks in its concrete, making it too unstable to use.

“Iolani Palace is not going to heal itself. It is important to recognize that this is arguably one of the more important buildings in the state with a critical role in telling Hawaii’s history,” says Mason.

Money Is Running Out

The palace is owned by the state but maintained and operated by the nonprofit Friends of Iolani Palace.

The Friends’ revenue for salaries and operations comes from the gift shop and palace tour ticket sales, special events and donations.

But Friends’ Executive Director Paula Akana says since the palace shut down in March it has lost $550,000 and is still losing about $7,700 a day.

Before the coronavirus, 450 to 550 visitors daily paid to tour the palace rooms. Now with social distancing restrictions, no more than 105 visitors can come a day and only in carefully staggered groups of five.

The palace is open now only on Fridays and Saturdays to visitors making telephone or online reservations. Without more funding, Akana expects the palace to run out of operating money in three to four months.

She is urging local residents to visit and buy memberships. She is also seeking grants from organizations promoting educational opportunities in museums and cultural sites.

At the beginning of this year’s legislative session, two bills were advancing to help pay for many of the needed repairs at the palace, including the roof.

“It seemed very few lawmakers had been aware of the problems at the palace. When we told them about leaks in the roof, it was a real shock to them,” Akana said.

She became executive director of the Friends of Iolani Palace last July after leaving KITV where she worked for 35 years as a reporter and news anchor.

“We had a lot of hope and then came the pandemic,” she said.

State lawmakers who reconvened Monday have made it clear in the three-week session their main focus will be on addressing Hawaii’s unprecedented economic collapse — especially helping the more than 200,000 now-unemployed residents.

So, short a miracle, the palace will have to wait for funding.

“This doesn’t mean the need for repairs will go away,” Mason says. “The roof won’t stop leaking. Work costing $100,000 today will cost $200,000 in the future. It is hard to expect people to put money into preserving an old building when thousands of people are out of work, but the answer is not deferring the repairs.”

The state needs to find a way to work in a partnership with the Friends of Iolani Palace to stay on top of the fragility of the old building.

“What is needed most is a dedicated source of funding,” says Akana.

Short of that, one of the stalled bills included a logical proposal: require the Department of Land and Natural Resources to conduct a structural and electrical survey of Iolani Palace to submit to the Legislature with a five- to 10-year plan to proceed with repairs, restoration and maintenance of structures and grounds.

Iolani Palace is like any old home. It needs a plan and money to keep it beautiful into the future. 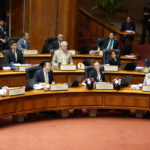 Ms. Akana, your ROOF HAS BEEN LEAKING since...when? Long enough that your PREDECESSOR included 'weatherproofing' in an 18-months-old request for budget to cover those expenses? And all the while you and your predecessor have been allowing the leak to continue? Exec director position - in 2018 - was listed as having a salary of between $100-150K, likely higher since then. If *I* were in that position and things were so dire in terms of maintenance, I'd be up on that roof myself with patching materials, not making sympathy ploys for taxpayer funding via PR stunts like this. And I got no Kanaka cred, strictly fricken' haole. "since the palace shut down in March it has lost $550,000 and is still losing about $7,700 a day." "Losing" would better have been expressed as "not extracting tour/trinket revenue." The only "loss" here is in the slowly-advancing decrepitude of the building and grounds, but it almost seems as if the real concern here is that salaries won't get paid.

Like everything from dining rooms to classical music and literature interest is dying out. They've lived their useful purpose for the needs of our generation and are left to the next ultimately. Will they see the value as we see it? Most likely not.If you haven't noticed most of our precepts of culture have gone and become somewhat less sentimental. There is one Japanese saying that comes to mind - "What terrible things we see when we know we have grown too old."Yes, we are there.

Can we now return this conquest trophy to the rightful Hawaiian people to whom it belongs?