It's Time For Lawmakers To Stand With The Public Against Police…

For too many years, lawmakers have turned aside efforts to allow public scrutiny of police misconduct. Now outrage over abuse of power should outweigh any pushback by the police union. 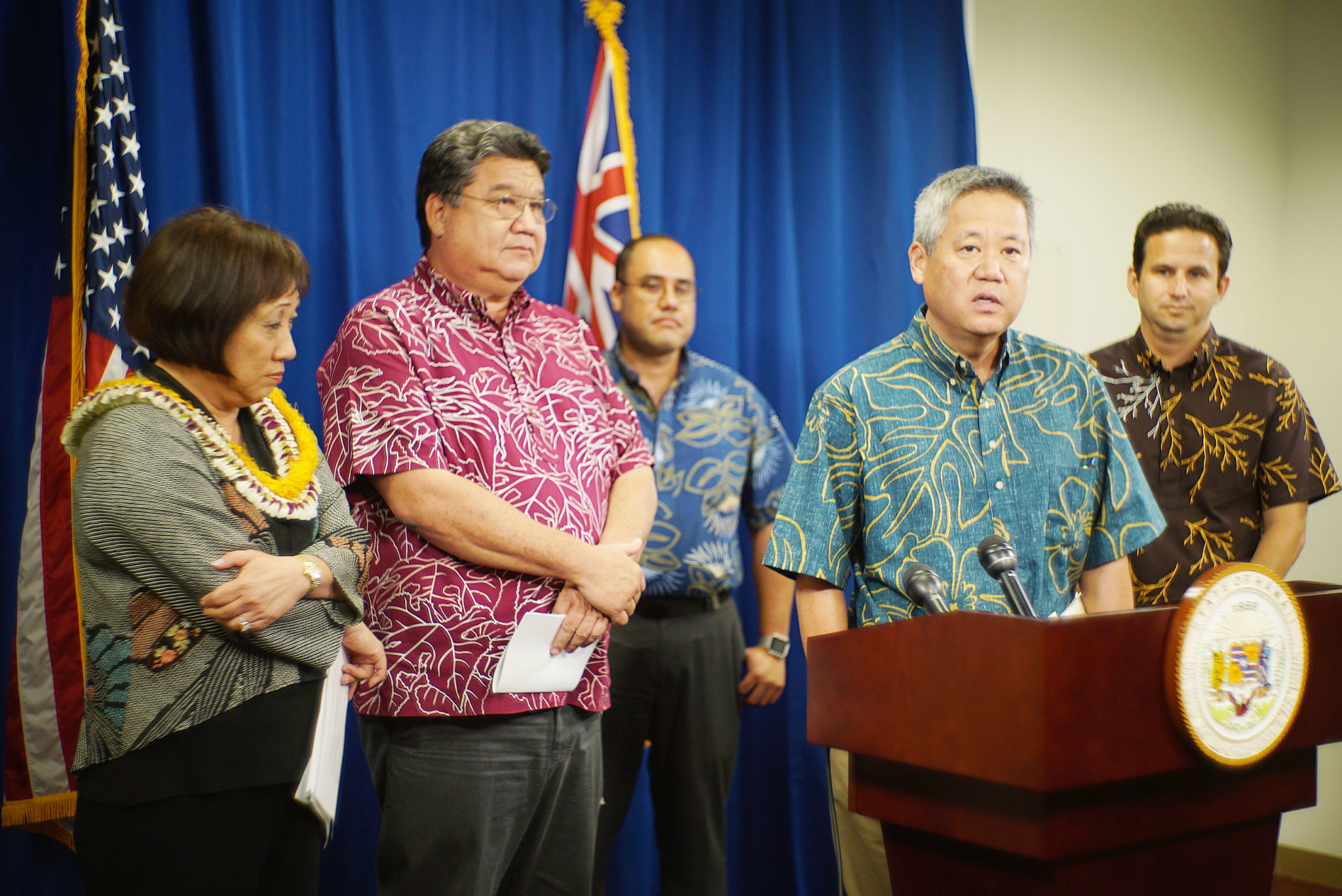 The members of Civil Beat’s editorial board are Pierre Omidyar, Patti Epler, Jim Simon, Nathan Eagle, Chad Blair and Jessica Terrell. Opinions expressed by the editorial board reflect the group’s consensus view. Chad Blair, the Politics and Opinion Editor, can be reached at cblair@civilbeat.org.

The death of George Floyd while under the oppressive knee of Minneapolis police is a watershed moment in American and even world history.

Serious, substantive calls for reform of police departments and policies are suddenly priority agendas, from states like New York to the U.S. Congress and even the Trump administration.

The Hawaii Legislature and governor have an excellent opportunity to advance the cause of transparency and accountability in our county police departments: House Bill 285 is an important reform that has too long languished in a legislature that has been intimidated by the powerful police union.

HB 285 would do two things. First, it would require police departments to disclose to the Legislature annually more details about police misconduct, including the name of an officer who has been suspended or discharged. Second, the bill would eliminate an exemption in the state’s public records law for police officers that prevents the public from reviewing misconduct records for officers who have been suspended. Now, police misconduct is revealed only after an officer is terminated.

Under the current version of the bill the law would not take effect until 2021 so any disciplinary records prior to that year would still be off limits. That effective date needs to be removed for obvious reasons, and records of prior misconduct be available for review.

Contact the leaders of the Legislature — Speaker Scott Saiki, at the lectern, and Senate President Kouchi, second from left — and urge the passage of House Bill 285 without the 2021 effective date.

Let’s be clear: There’s no question that most of our men and women in blue are dedicated professionals who uphold and enforce the law with the utmost integrity. We don’t want to defund them. And we don’t want to call them out for minor indiscretions.

But we do want to be able to examine serious misconduct — officers who are found to use unreasonable force on suspects in their custody, cops who commit crimes, officers who are involved in domestic abuse, to name a few of the kinds of cases that occur all too frequently in Hawaii.

These incidents — hundreds of them, according to our own reporting — happened here, yet meaningful public oversight of these bad cops and how the police department handles these cases is not possible because the exemption in state law prevents disclosure of the names of officers who have been disciplined, even for serious offenses.

Malcolm Lutu, the president of the State of Hawaii Organization of Police Officers, argues that the names of bad cops should not be made public. In a recent op-ed in the Honolulu Star-Advertiser, Lutu says we should trust the police department to know who the bad cops are and let the police officials handle discipline.

Hello? The last Honolulu police chief, Louis Kealoha, was the subject of a federal corruption probe and convicted of using members of an elite HPD squad to help him frame his wife’s uncle for theft. Four other officers besides the chief have been convicted in that highly publicized affair. The Justice Department investigation continues and is reaching into the highest levels of law enforcement as well as city government.

The Honolulu Police Commission just saw two of its strongest members resign in frustration over how little meaningful oversight the commission has over the police department.

The ability of the public to identify and track misconduct has never been more clear. And, yes, the names of officers who have been disciplined are critical in that effort.

The whole country now knows the name of one cop — Derek Chauvin. Knowing his name allowed the public to know he had 17 prior disciplinary cases stretching back 20 years.

In Hawaii, we would not have known his name let alone his history. That’s why it’s so important that HB 285 be passed and that it be applied retroactively — not just for misconduct that occurs in 2021 and beyond.

Our legislators came close to approving HB 285 during the 2019 session. But, as so often happens with bills deemed hot potatoes by leadership, the bill died at the last minute and with little explanation.

But now, legislative leaders have indicated a willingness to bring the bill back to life when the Legislature resumes session Monday. The House version of HB 285 was a good one; it was the Senate that restricted disclosure of records to a future date.

Only the Legislature and governor can plug this significant loophole in public law. Our police commissions are weak. Even two law enforcement oversight boards created in recent years have been largely ineffective, due to lack of funding or lack of will to do their jobs.

A statewide police shooting review board, which you’d expect would be operating in high gear given the public’s heightened demand for police accountability, hasn’t met in months and won’t even talk about what cases it is looking into.

The Legislature, because of COVID-19, is not allowing people to appear to testify on bills. But lawmakers are still taking written testimony, phone calls and emails.

Thousands of Hawaii residents turned out in force to protest police racism and brutality. But the one voice lawmakers have paid attention to has been SHOPO’s.

In his recent op-ed, the SHOPO president implored lawmakers to stand shoulder to shoulder with the police and resist efforts to require disclosure of names of officers disciplined for misconduct. “Now is not the time to turn your backs on our officers,” he wrote.

We think it’s finally time that lawmakers stand shoulder to shoulder with the public. Now is not the time to turn your backs on us. 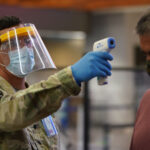 A Quarantine Remains Essential Until There Is A Vaccine

The members of Civil Beat’s editorial board are Pierre Omidyar, Patti Epler, Jim Simon, Nathan Eagle, Chad Blair and Jessica Terrell. Opinions expressed by the editorial board reflect the group’s consensus view. Chad Blair, the Politics and Opinion Editor, can be reached at cblair@civilbeat.org.

CB is trying to regulate and manage the problems caused by deeply ingrained carceral capitalism thinking.  That is doomed to be inadequate leading to the downward slide we see continuing today.  When all you have is hammer, everything looks like a nail.  It is not controversial to say that police officers are neither qualified for, nor is it even a criteria of their job, to do the vast majority of tasks they are given.  Ballard says the same thing, "we are not social workers".  We will all get better results if we get qualified people with expertise to handle a variety of things the police are called upon to do on a daily basis.

In order to be objective and hold the HPD accountable, the Commission must always remember their "Primary-Funtion"   & that is to ensure the leader (Cheif of HPD) is Implementing and executing the policies and procedures mandated by Law.The Previous Commision were "Bedazzled" by the Former HPD Cheif, and gave him "High Marks Annually" and we all saw the extent of that trusting relationship and how that turned out?In other words, Stay focused, non-complacent, and committed to ensure the community is protected, informed, and not providing their resources to corrupt cops who are abusing or taking advantage of the publics trust."Hold HPD Accountable." That's your Sworn Duty, Job, & Oath at All Times.

Are we still able to submit testimony on this bill?