Mayoral candidate Keith Amemiya's cover story this week looks like a news article but it's a paid advertisement. 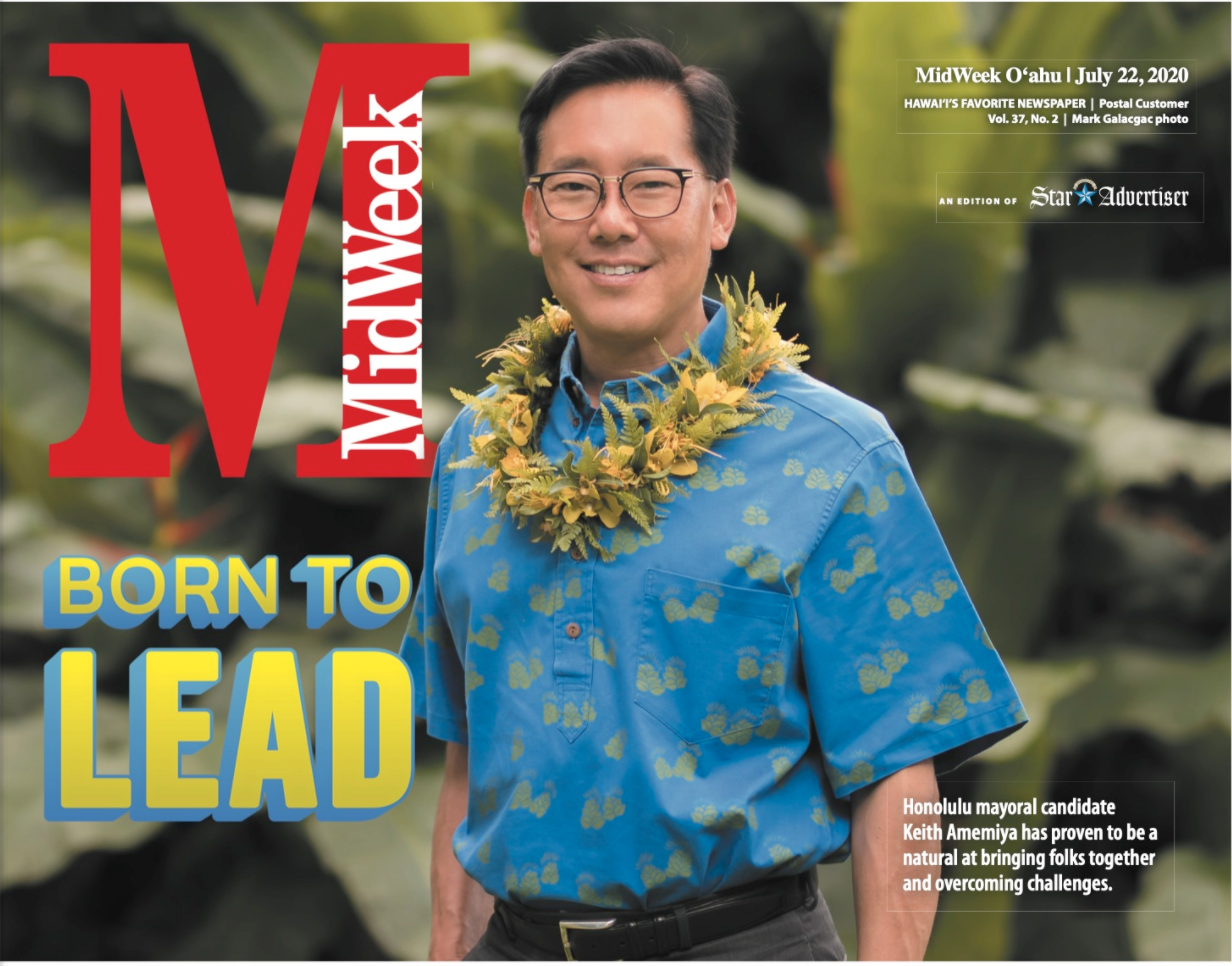 Political candidates have many ways of advertising but the latest way is to buy a cover story in the weekly publication MidWeek.

Mayoral candidate Keith Amemiya is the first Hawaii politician to take advantage of the opportunity, paying tens of thousands of dollars for a cover article that appears in this week’s MidWeek, just when primary election ballots arrived in people’s mailboxes.

MidWeek offered the cover story opportunity to the mayoral candidates last month touting it as a “priceless” opportunity available to whomever signed up first to be exclusively featured on the publication’s cover with accompanying article.

In the email sent last month, the offer was pitched as “worth over $70,000 as a total package.” The final cost to be negotiated.

Dennis Francis is the president of Oahu Publications, the parent company of both the Honolulu Star-Advertiser and MidWeek.

“Midweek has never been a newspaper. It has always been a  vehicle for ads,” he said in a phone interview.

When asked if there shouldn’t be a larger disclaimer to make clear the Amemiya cover story was paid for, Francis said he is comfortable with the way it’s presented. “It has a disclaimer at the end like any politician’s ad.”

There is nothing in election law prohibiting Amemiya from seizing the opportunity of a paid-for cover story.

But despite what Francis says, the perception is that Amemiya’s cover story is a normal news profile rather than an ad put together by his campaign committee.

In fact, it may appear to some readers that MidWeek is endorsing Amemiya. The headline on the cover is “Born to Lead.”

As a journalist, this bothers me: the pay-to-play idea of selling a cover story to a political candidate during an election year in a publication many people think is a newspaper.

“We never did it before because we never thought of it.” — Oahu Publications’ Dennis Francis

Adam Wong, Amemiya’s campaign chairperson, said in an emailed statement: “Our goal is to reach as many people as possible with Keith’s vision for change and new leadership. The voters may not be familiar with Keith so when MidWeek offered this opportunity we saw it as a good way to share his story.”

Amemiya’s campaign declined to disclose what it paid to buy the cover story but that information is expected to be in the next campaign spending report due to be released Wednesday.

Mayoral candidate Kym Pine said her campaign also got the cover story offer but rejected it.

“I was disappointed and offended, I always thought of MidWeek as a pure publication,” Pine said. “I thought its cover stories were about people who accomplished great things in the community, not that some cover stories were paid for.”

MidWeek arrives in the mail at no charge every Wednesday to 269,041 Oahu households. On its ad rate page, MidWeek prides itself as “reaching almost every household in Oahu.”

In the past, MidWeek’s cover stories have featured business owners and community leaders, entertainers, journalists, celebrities, charities and occasionally the head of a local business such as a supermarket or hardware store that is a regular advertiser.

So why now for the first time in the publication’s 36-year history has it opened up paid cover stories to politicians in the middle of an election?

“We never did it before because we never thought of it,” said Francis.

A Star-Advertiser/MidWeek sales rep explains the idea in the email to political candidates:

With election year upon us, how does a candidate stand out amongst the ‘everyone does it’ sign waving, relying on hit or miss social media or viewed television spot? I have something totally new  that I wanted to offer you.

For the first time ever, the MidWeek cover and cover story will be available.  That’s right, in our 36-year history this has never been an option but in light of a changing marketplace and owning the most effective weekly media vehicle in the state, we felt it was time.  In an election year, we don’t do editorial stories on political candidates, as we cannot fairly cover everyone. This opportunity would give any candidate an incredible marketing advantage. Plus when you consider that voting will be via mail-in ballot, your message is naturally paired with the best known mailed publication on Oahu.

Political analyst Neal Milner is one of the people who said he was astonished to learn MidWeek cover stories are for sale.

Milner says there should be a disclaimer that it’s a paid ad written in bold print right on the cover itself.

A key reason many readers consider MidWeek a newspaper is because the publication in the past featured columns by well-known local news reporters and news analysts including my husband Bob Jones, Jade Moon and Dan Boylan.

That is until April 1 when they were all laid off due to declining ad revenue during the economic crisis brought on by the pandemic.

When Oahu Publications does something like this it takes away trust.” — Stirling Morita, Hawaii chapter of the Society of Professional Journalists

MidWeek’s past cover stories  — not all of them purchased — were written and bylined by local journalists. But what’s new here is Amemiya’s campaign bought the cover story as a political ad during an election and submitted all the photographs accompanying the interior text.

Stirling Morita, president of the Hawaii Chapter of the Society of Professional Journalists, said he is filing a formal complaint about the story with the national office of SPJ.

Morita says the story violates  SPJ’s ethics code by failing to prominently display that it is sponsored content.

“The so-called disclosure at the end is not adequate. It seems like an afterthought. We are all hearing about the issue of trust in journalism. When Oahu Publications does something like this it takes away trust.”

As mentioned before, the issue here is perception. Oahu Publications is doing what it does: make money with an advertising vehicle. But because many people think MidWeek is a news organization it appears it is endorsing Amemiya’s candidacy.

Oahu Publications president Francis says other politicians have paid to have MidWeek cover stories later in the election season. But he would not disclose their names. 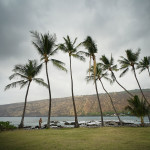 Just the other day âborn to lead, the good hanai sonâ was heavily defended over some PAC accusations of inappropriate financial dealings, etc., now heâs attacked over inappropriate advertising?Next time maybe we should let a PAC and a candidate duke it out in public first without interfering - who knows, we might learn something?

As a retired political advertising consultant I feel as though I've been had. As Dennis Francis reveals this hasn't been offered to political candidates before because they hadn't thought of it before. I guess I've been too naive. It's one thing to accept money from a traditional advertiser. But from a politician? Greed, in all caps. You may be surprised to know that the local TV morning shows also have rate cards for on-air' interviews.' Last I heard as much as $8k for a few minutes. So much for the empty promise of local journalism. Thanks, Denby.

Interesting that Mr Francis states, "Midweek has never been a newspaper," while stating on the cover that Midweek is "Hawaii's Favorite Newspaper."Mahalo, Denby, for informing me that what I thought was the front page of a newspaper was actually yet another political ad containing a false statement.