Denby Fawcett: What's The Pandemic Been Like For You? Historians Want To Know - Honolulu Civil Beat

Denby Fawcett: What's The Pandemic Been Like For You? Historians Want To Know

The Hawaii State Archives is collecting personal stories, photos and artifacts of life in the time of COVID-19. 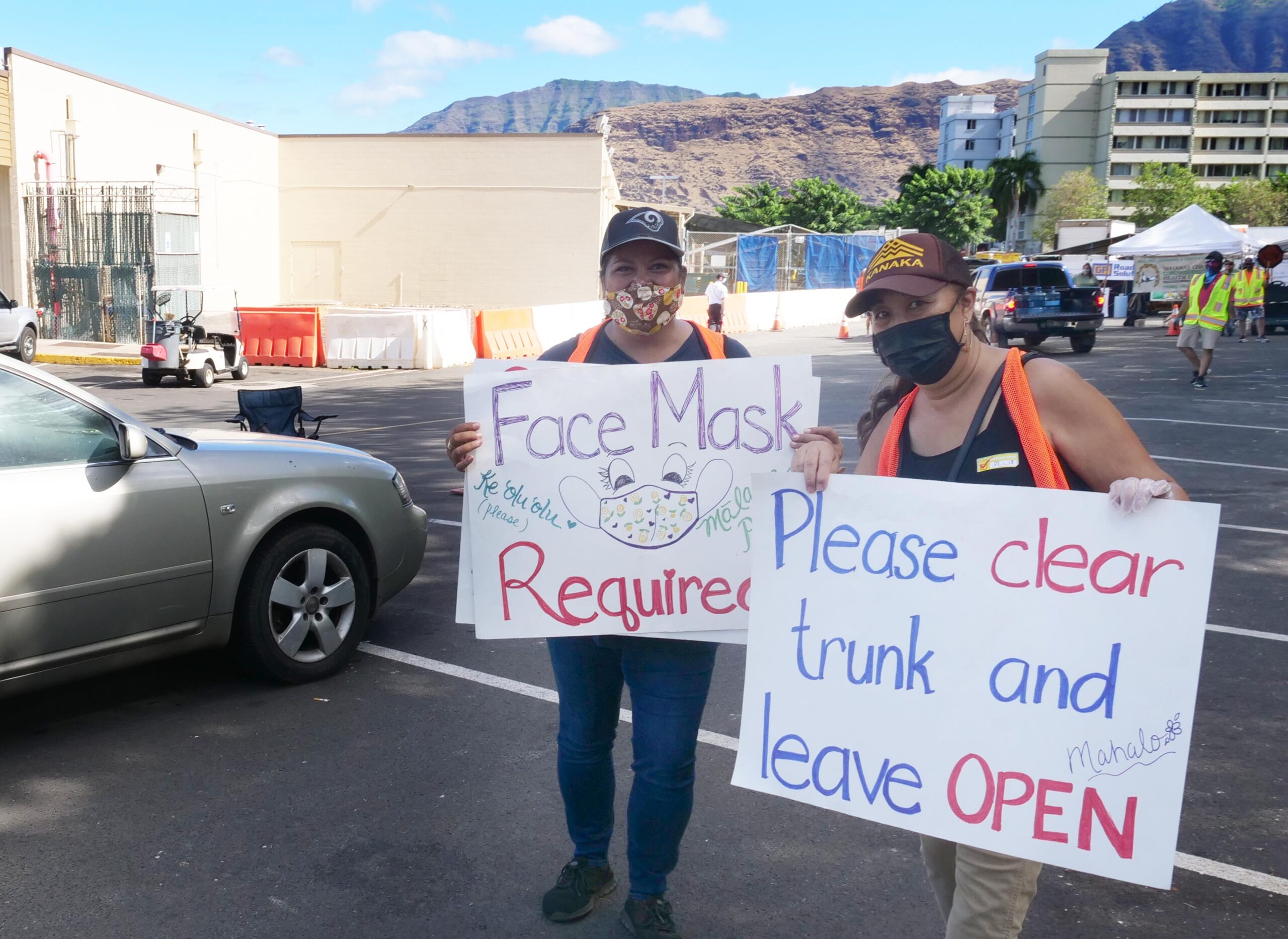 For many people alive today, the era of the COVID-19 pandemic will be the most extraordinary period of their lifetimes.
Not since the spread of the Spanish Flu in 1918 have so many people in the world faced a similar threat of possible death at the same time.

This uncertainty has been coupled with Hawaii’s worst economic decline in recent memory and the upheaval of a nationwide racial reckoning in response to the brutal suffocation of George Floyd.

But because the impact of the pandemic has been so powerful, State Archivist Adam Jansen wants to be proactive, documenting this period while it is happening rather than waiting for people to donate artifacts and personal stories in the future, long after the intense time of infection has passed.

The Archives has partnered with the University of Hawaii’s Center for Oral History to begin collecting documents and interviewing people across the state now to learn how they got through the medical and economic crisis of COVID-19.

“We want to talk to people while they are in the thick of it; when their thoughts are fresh and visceral,” Jansen says.

The goal is to leave a record for future generations to access in a central place — information that might be useful to policymakers, academic researchers, activists, artists and everyday people wanting to know how Hawaii residents handled the crisis.

Jansen’s hope is all the documents and interviews they have gathered will be online and accessible to the public by the end of the year.

“Imagine how helpful it would be to us today if the collective painful wisdom of people of Hawaii during the Spanish Flu would have been gathered to let us know what worked then and what didn’t as we face our own pandemic,” Jansen says.

Jansen says commercial photographers who have lost their jobs during the economic shutdown have volunteered to photograph unforgettable images of the pandemic, such as the boarded-up luxury stores in Waikiki, supermarket shelves emptied of toilet paper and Kalakaua Avenue for the first time ever devoid of human beings and cars.

Artifacts to be collected include the colorful and creative homemade face masks, signs from protesters demanding Hawaii reopen sooner rather than later “and as cheesy as this may sound, rolls of toilet paper,” said Jansen.

This is a new way of history gathering that Columbia University launched after 9/11 to capture memories of survivors while they were fresh and Columbia has started again during the pandemic.

Columbia’s website explains the benefit of acting fast: “We’ve noticed that in this crisis people’s perceptions and understandings change daily, sometimes hourly. This is why we started interviewing as soon as we could, in March.”

The UH oral history center also is using its website and social media to urge interested residents from all walks of life in Hawaii to participate.

Mizukami said the goal of the oral histories is to record the memories of people who are normally left out of the historical record.

Sometimes the interviewee’s memories of the period have been painful. KITV News reporter Nicole Tam’s interview with the oral history center brought a real life example of the experience of racism against Asians that erupted after President Donald Trump and others insisted on calling the infection “The Chinese Virus” because of its origin in Wuhan, China.

Early in the pandemic when it was still possible to travel, Tam said in her interview, she was on a flight from Seattle to Yakima, Washington, with only 10 other passengers on the plane. Each passenger got his or her own row of seats.

Tam said, “Before the plane took off, the flight attendant was walking down the aisles, laughing with passengers about all the spare room. She said, ‘Oh, it is like you have your own private jet and at least the virus is not spreading.'”

When she got to Tam’s row, Tam says the flight attendant said, “And you don’t have to worry about spreading your virus around.”

Tam said, “Like she looked at me when she said that. And I was the only Asian person there, so I felt kind of offended because she thinks I have a virus.”

Tam had moved from Hong Kong to Hawaii with her parents in 2007 when she was 10 years old.

“Living in Hawaii, I have never experienced anything like that. I literally didn’t know what to say. I just looked at her,” she said.

David J. Lam, a retired clinical psychologist, is another resident who volunteered to be interviewed by the oral history center.

“Not any one of us has a corner on the truth but when you gather many perspectives maybe there will be a common thread from which people in the future can glean something useful,” Lam said.

In his interview for the archives, Lam talked about how he tried to contribute during the pandemic by posting on articles on medium.com to calm peoples’ anxiety as coronavirus infections surged across the country.

“If there’s a time for the world to come together, it is now.” — David J. Lam

In one of the writings Lam submitted to the oral history center, he said, “There’s an old saying that the only way the world would come together as one humanity is if we got invaded by aliens. At this moment, we are being invaded, not from outer space, but by a novel and invisible virus that’s never previously existed. If there’s a time for the world to come together, it is now.”

Mizukami said that is one of the commonalities researchers are going to see when they look back at the archival material that’s been gathered: How people in Hawaii became more emotionally attached in the face of the sickness.

“Even though we were physically apart, we found ways with technology to connect. We respected and helped each other. And through it all, many of us became closer than we were before,” Mizukami said.

Jansen said he has also noticed a kind of mutual aloha that makes Hawaii different from other places going through the pandemic.

“Maybe it’s because Hawaii is the remotest inhabited place on the planet,” Jansen said. “We come together in a crisis because we have to. If we don’t look out for each other, who will?” 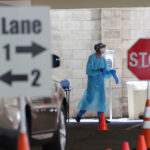 The US Response To SARS-CoV-2? It’s Hammajang

This virus has illuminated many deep seated ignorances of Americans. Yesterday, on a drive in the Diamond Head neighborhood,  I counted all of 9 people wearing masks among more than a hundred, most milling about and not keeping safe distance. Seems to me there is little Aloha going around in HonoluluWe haven't got through this crises. In the U.S., and in Hawaii by default, we are in the beginning stages. The crises hasn't as yet happened. It's coming.

The pandemic has oddly brought me a sense of peace, a sense of security. I realized that as long as I have a roof over my head I will be able to make it.It made me realize that housing in a pandemic is paramount. How else can you shelter in place?It made me realize that the empty hotel rooms need to be repurposed for long term living because these small spaces are the perfect place to house solo individuals who need to socially distance, or just need housing. If you can believe it, there are still Association Of Apartment Owners who want to evict legal owners who live in their small units. How well does that work in a pandemic? How much sense is it to make anyone homeless at any time?If this pandemic has taught us anything it should have taught us to help our neighbors, not to make them homeless due outdated by-laws.We must do better.

What Covid did to me was making me extremely saddened for all the blameless small business owners who may see a lifetime of effort go up in smoke for lack of customers. I don't think people will ever use restaurants and small retail outlets with the same frequency when Covid retreats. They've gotten used to home cooking or take out, and buying online with free shipping. Why hunt for mall parking ever again? Why crowd into Kaimuki Camera when you can get the same product at Amazon cheaper. Why pay a sales tax when you can even avoid paying a use tax? It's going to be a sea change in our commerce habits and it will be very painful. It might have happened anyway, but Covid rushed it along.