Building trust and better communication between citizens and police should start with a separate, independent civilian oversight board to review concerns of misconduct. 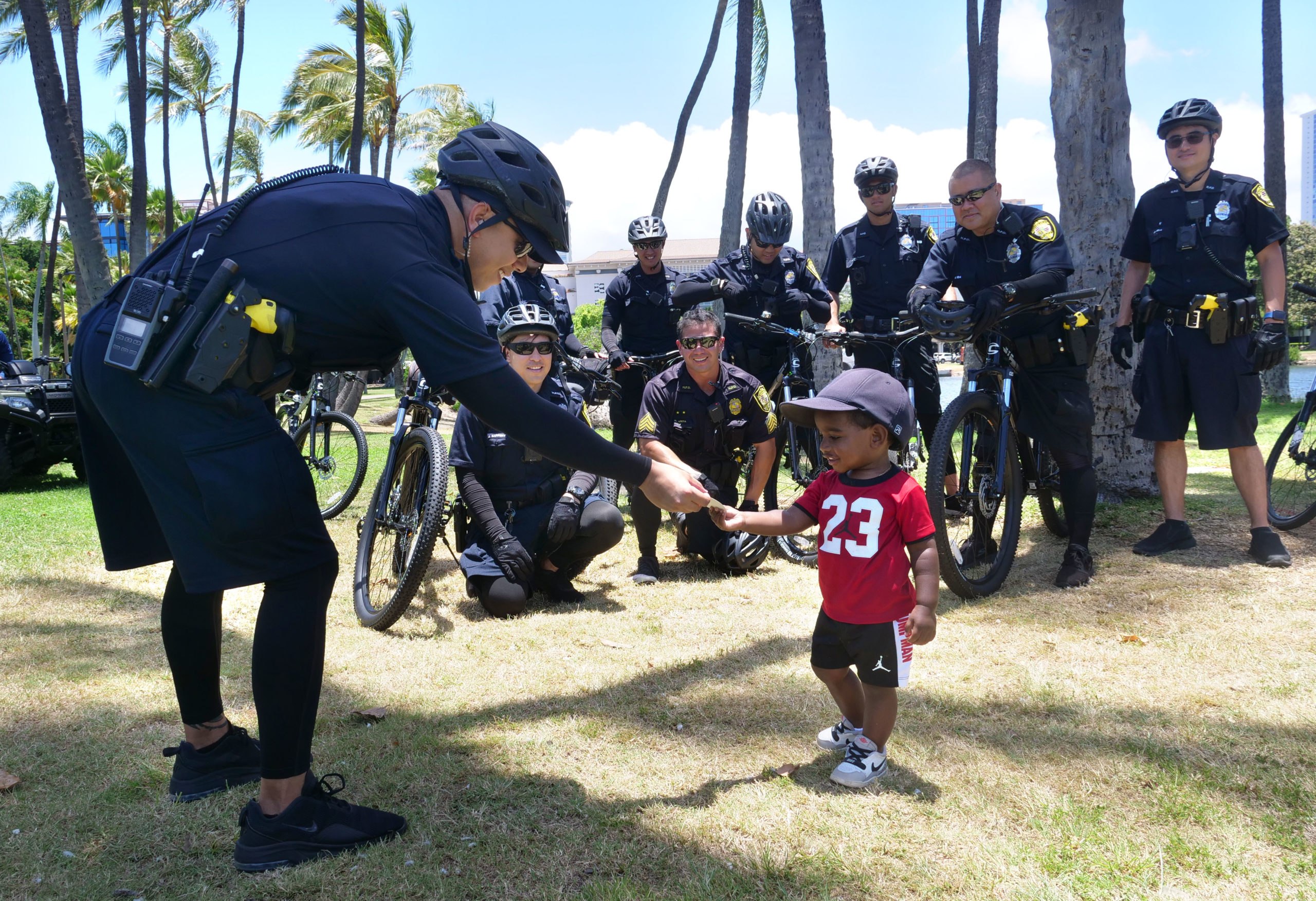 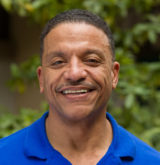 “The nation is behind. There does need to be police reform, but can you leave number 50 state alone? We’re kind of doing OK over here.”

Less than a year ago, Ballard’s predecessor, former Police Chief Louis Kealoha, his wife, and other members of Kealoha’s secret police were in federal court on their way to be convicted of violating an innocent man’s civil rights. Ballard became the new chief in 2017, after Kealoha was arrested and indicted by the Department of Justice on 20 counts of conspiracy, obstruction of justice, and fraud. Shortly after Ballard was picked to be the new police chief, she announced that her top priority would be reestablishing the public’s trust.

Ballard inherited a department in shambles and meaningful policy changes have fallen by the wayside. HPD often fails to keep accurate and complete records, including functioning surveillance and body cameras. This lack of transparency does nothing to facilitate or restore public trust, especially when officers credibly accused of misconduct continue to remain on the force.

For instance, Darren Cachola has been kept on the force for over 17 years despite being accused of violently assaulting multiple women, including his wife, a girlfriend, and the mother of his child. HPD finally fired Cachola in 2014 after a host of assault complaints, one of which resulted in video evidence of Cachola punching his girlfriend. Despite years of allegations and credible evidence, when Cachola was finally fired, the police union SHOPO intervened to protect Cachola and get Cachola his job back.

Other examples include HPD officers John Rabago and Reginald Ramones, who in 2018, forced a homeless man to lick a urinal in exchange for avoiding arrest. One of these officers had a habit of engaging in this sort of misconduct, sometimes in the presence of other officers, but these officers were not fired until a civil rights complaint was lodged against them.

Eventually, two well respected members of the Honolulu Police Commission finally quit because they had tried, to no avail, to hold HPD accountable for its actions.

Just look at the cases of Sheldon Haleck and Hyun Ju Park.

As to Haleck, Chief Ballard issued a statement commending the jury that found three of her officers to have acted “reasonably” when they repeatedly discharged their Tasers and pepper spray 14 times over the course of 4 minutes into a man who posed absolutely no threat to them until he ultimately collapsed and died.

As to Park, Chief Ballard recently told the Police Commission that of course her officers are accountable and should intervene when they see other officers acting improperly, but three weeks earlier her lawyers successfully argued to the U.S. Court of Appeals that two off-duty cops sitting with their intoxicated fellow officer were not responsible at all when he pulled out his gun and shot a woman in a bar and they failed to intervene.

Ballard denies the existence of racial bias in the police force, yet in a recent Civil Beat article statistics show just the opposite. HPD data says Black, Native Hawaiian and Pacific Islander communities experience force at the hands of police at higher rates than white and Asian Communities.

These statistics should give the Honolulu police pause to consider how they interact with the communities they police. More importantly, if statistics are not kept and made public, then we are in the dark on bias-free policing. If HPD’s record-keeping is nonexistent or just straight-up inaccurate, then it’s useless as a performance measure.

Despite what Honolulu Police Chief Susan Ballard and SHOPO claim, sweeping police reform is welcome and needed here in Hawaii.

House Bill 1901, as currently written, is not the answer. My opinion is based on my years of experience in civil rights and police reform. As now proposed, the bill seeks to expand the already many duties of the Law Enforcement Standards Board. The bill now seeks to add the investigation of complaints against police to the board.

The other problem with HB 1901 is that it’s more of the same type of oversight process that produced the Kealohas and Cachola cases. The very make-up of the board — a majority of police and state officials with a few citizens — does not inspire the type of community trust essential for the public to have confidence that their complaints are being fairly investigated, and officers will be fairly disciplined.

I recommend that investigations of citizens’ complaints of police misconduct be made by a separate, independent civilian review board. Here’s why an independent private review panel over time will:

2) reduce complaints made by citizens against police officers; and

At present, for citizens to make a complaint about police misconduct in Hawaii, they must go to their police department, like HPD, and ask the police to investigate the police, under the condition that records of complaints and discipline are secretly kept from public view and inspection. Citizens who file a complaint with HPD have no way of telling if an honest, non-biased investigation is taking place.

I would propose that the Legislature create a Civilian Complaint Authority, fully funded and independent from the police departments and the attorney general’s office.

As a former attorney, I used to take on civil rights and police misconduct cases in the Midwest from the 1990s through the early 2000s. In Cincinnati, in 2001, after the worst riots in the U.S. since the 1992 L.A. riots, I was co-counsel on a historic agreement between my clients, the U.S. Department of Justice, and the City of Cincinnati Police Department. It was such a historical agreement that U.S. Attorney John Ashcroft flew to Cincinnati to sign on behalf of the DOJ personally.

The mission of the board will be to investigate serious interventions by police officers, including but not limited to: shots fired; deaths in custody; major uses of force; improper search; improper seizure; discrimination; improper pointing of firearms; improper discharging of Tasers and mace; and to review and resolve all citizens complaints.

The board’s recommendations and findings would be submitted to the current Law Enforcement Standards Board, the police commission and to the chief of police of the officers who are the subject of the complaint. The complaints would remain private until after the board has completed its investigation and made its findings.

As part of the Cincinnati agreement, my co-counsel and I drafted and created an independent Civilian Complaint Authority. The CCA was created in 2002 and is still in effect today.

Although the police and police union initially resisted any independent civilian oversight, they eventually found themselves fully supporting it. They came to support it because the CCA helped improve police department policies, and new procedures helped them to reduce citizen concerns about high-profile incidents.

This helped the police work toward racially bias-free policing by keeping records of complaints, statistics, and engaging in community-oriented problem solving. Within a few years of implementing the CCA, citizen complaints against police officers for misconduct were drastically reduced.

I would propose a review board comprised of seven citizens along with an executive director and a team of professional investigators. The seven citizens would have to represent a racially and ethnically diverse cross-section of the community, appointed by the governor but approved by legislators.

The board will have the power to subpoena witnesses and records. The board and the executive director, in consultation with the attorney general, shall develop Standards of Professional Conduct and a comprehensive training program for board appointees. Said standards shall be approved by the attorney general.

Before assuming office and prior to beginning their duties, each member of the board shall be required to complete a basic course of training, including courses at the Honolulu Police Academy, instruction in constitutional and criminal protections, and ride-alongs with members of the HPD assigned to patrolling the City and County, in order to fully and adequately inform each board member of the training and duties of police officers. Each appointee must promise to abide by the standards and satisfactorily complete the training as a condition of appointment and prior to service on any cases.

Civilian review boards have been found to be very successful in building community trust with law enforcement.

With a newfound trust, there would be better communication between the community and the police, which in turn, will help reduce crime and make our neighborhoods safer. It’s been done in other cities and when done correctly, citizen complaints and police misconduct are both reduced.

So no, Chief Ballard, let’s not “leave number 50 alone.” Let’s instead make number 50 the model for the nation by immediately implementing a civilian review board to independently and transparently investigate any allegations of police misconduct. 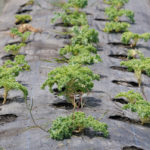 I would love to see the Star-Advertiser reprint this essay on the front page!  Each of your readers should email this to elected City Officials as well as Ballard...

As usual, Mr Lawson, a well thought out and well written piece. Thanks.    Police officers, departments, and police unions are deathly afraid of civilian review boards, and Hawaiâiâs county jurisdictions are no exception. They will be hostile to attempts at implementation.   I imagine it will take some traumatic event that shoves this down the throats of powers that be. But  we deserve transparency!

I appreciate this well investigated and proactive article, citing evidence of past issues and naming "bad apples" no longer on the force and what it took to get them removed. Proactive in suggesting a way forward to gain trust and increase transparency in our HPD. A civilian review board is an excellent compromise.  Well done Mr. Lawson.