The people we elect will be responsible for steering our state out of the pandemic. 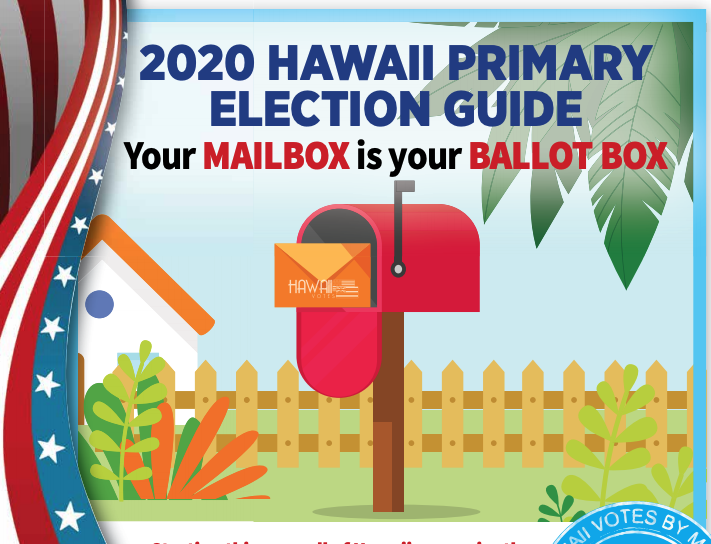 Samuel Kippen is a community organizer from Windward Oahu who lives in urban Honolulu.

The campaign for and against President Trump began the moment Hillary Clinton conceded almost four years ago. It’s been a long road, so long that it can feel that every thread of our national existence has been woven into the single purpose of selecting the next commander in chief. On Nov. 3, we will finally know if it’s Joe Biden or Donald Trump.

This is arguably the most important presidential contest of our lifetimes. Let’s save November for November, however, and remember that there are also 105 locally elected offices on the ballot this year — from Council seats and mayors to the state legislature and congress. These are the elected officials who will be responsible for steering our state out of the pandemic.

It is in this local arena that Hawaii voters have undiluted power to decide. That begins with the primary election on Aug. 8.

Voter engagement in Hawaii has slid over the years. Our state now ranks last in the nation in voter turnout. Only 52.7% of registered voters cast ballots in the last general election. “Registered voters” is the key terminology. Many more are eligible and not registered.

Primary election turnout has dropped even more precipitously. In fact, about the same number of Hawaii voters turned out for the 1976 primary as did in the 2016 primary, although our population increased by over 500,000 during those 40 long years.

This isn’t simply a problem of participation, then, but of incomplete participation. Over the last five elections, an average of 123,300 fewer voters cast ballots in the primary than in each year’s respective general election. That’s a number similar in size to the entire voting age population of Maui County. It seems that there is an astoundingly large pool of proven, active voters who aren’t taking part in our other election.

And Then There Were Some

Many don’t realize that election contests are decided and in the books by the end of primary night. This is counterintuitive to how we experience the political news cycle and it makes sense that this is brand new information to a lot of people.

In 2018, 47 seats were already elected by the time the primary was over. That’s very nearly half of the 104 offices up that year and included councilmembers, state senators, and state representatives touching every county. In some nonpartisan races, such as those for the Honolulu City Council, candidates who receive over 50 percent of the vote are immediately elected during the primary. In partisan races for the state legislature, the top vote-getter for a party wins outright if there aren’t candidates running from any other parties. In a state that skews Democrat, this isn’t all that uncommon.

A screen shot from the Office of Elections primary guide.

The primary election is also a significant stepping-stone in the many contests not wrapped that night. Voters select those they deem worthy to advance and, in the process, define the parameters of what is possible in the general election.

In 2018, 19 nonpartisan contests appeared on both the primary and general election ballots. All but two returned the same top vote-getters in the general as those chosen during the primary. The math of a strong primary result can feel irresistible.

On the flip-side, the trajectory of the two candidates who upset the trend demonstrates that even second-place primary choices can have a real shot at victory. In the case of one of these victors, a single percentage point difference in the primary return would have meant they weren’t on the general election ballot at all. Thirty-one primary candidates in 2018 were within just 5 percentage points of advancing to the general. Primary voters change political destinies, and their votes carry water.

Bang For Your Ballot

I have a sense that some voters feel primary elections are inside-baseball for politicos. This is not so. Primary elections are a means for regular people to impact the political process, regardless of their party affiliation. Indeed, 39 of this year’s contests are nonpartisan, and voters are allowed to pick any party preference on their ballot regardless of their party membership. That means that anyone can vote in the partisan races, too.

We are granted a single right to vote. We have the discretion to apply that right for maximum leverage. The reality is this: you simply won’t have as much power to exercise your will on the political landscape after the primary. The primary and general elections are two parts of the same ball game. Don’t sit out the first five innings.

This year, vote in the Aug. 8 primary. This is the first all-mail election in Hawaii’s history. Find out more about how to vote here. 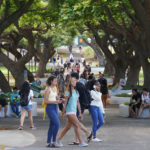 Samuel Kippen is a community organizer from Windward Oahu who lives in urban Honolulu.

You're correct!  Whoever we elect this term are the people we will trust to pull us out of the economic doldrums.  This term, there seems to be  more people running in the districts, and for mayor, lost count.  Let's get some new blood in there.  VOTE.

"Hawaii voters have undiluted power"Undiluted?On the ballot it says a voter must choose 1 party. After making the mandatory selection, "political preference" a citizen is then instructed that only votes for their party representatives will be counted. That is not the freedom of choice advertised by US Democracy.I find the primary process manipulated by the 2 corporate-owned political parties to force voters to vote for the candidates that they have vetted and will follow their policies."Voter engagement in Hawaii has slid"As expected when we have a 1 party state that dominates, which has rewarded its' supporting voters with civil servants' perks, and the gov. has reciprocated by rewarding the politicians with long political careers, while the county and state have gone into deep debt.This kind of manipulated politics should not be supported in my estimation.

With Hawaii's dismal participation numbers, lowest voter turnout in the country, particularly primaries, the government union employees effectively decide the elections because they get a paid day off to do so and they have they have the most to gain.