A Catastrophe Is Growing At Oahu’s Jail - Honolulu Civil Beat

A Catastrophe Is Growing At Oahu’s Jail

Longstanding problems with overcrowding have now helped make OCCC the most dangerous place in Hawaii. 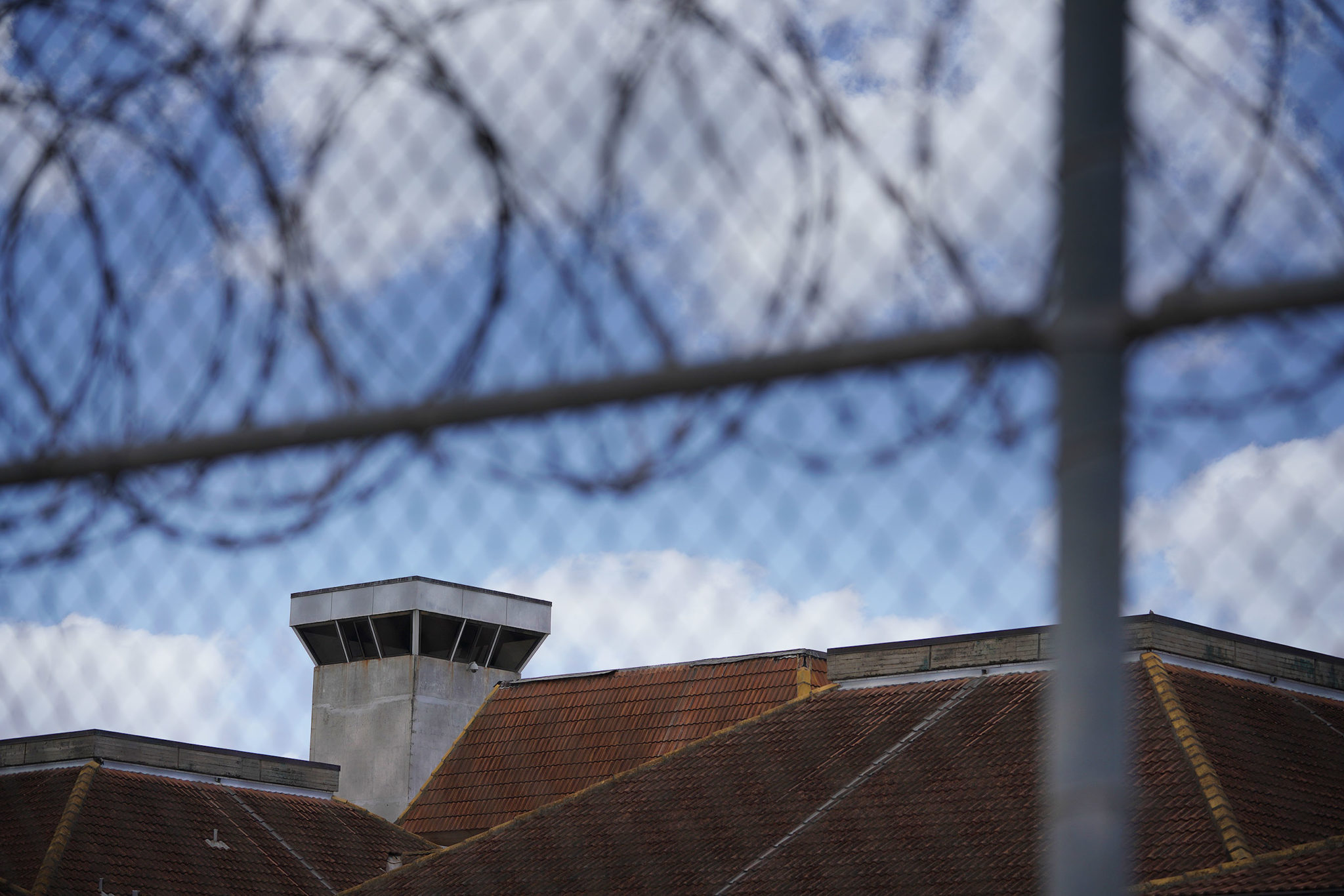 Nicholas Chagnon is a lecturer at UH Manoa in the Departments of Sociology and Women’s Studies. He teaches criminology and sociology courses, and researches topics such as police reform and gender violence. He is a member of Hawaii J20+.

We are in the third inning of the COVID-19 pandemic. There’s a long way to go, and the state of Hawaii sorely needs to improve its performance.

The state’s largest cluster of confirmed infections is in the Oahu Community Correctional Center. As of Aug. 26, this jail had recorded 302 COVID cases, including 51 staff members, several of whom were hospitalized. Among OCCC inmates, the infection rate is now 25%, and it could go higher.

A catastrophe is building at OCCC. How did it happen, and what lessons should be learned from this outbreak?

For decades Hawaii has participated in a mass incarceration binge, much like the the rest of the country. The state’s per capita incarceration rate is more than double the rates of our closest international allies, and most of our inmates are caged in crowded and unclean conditions.

In March 2020, the state’s Office of the Public Defender sought emergency action from Hawaii’s Supreme Court, to address the pandemic threat in our nine correctional facilities. In response, the Supreme Court appointed former judge Dan Foley as a Special Master, to work with lawyers, prosecutors, and the courts to address the situation. The ensuing process resulted in the release of approximately 650 of the state’s 3,700 inmates.

But Hawaii fell far short, as a June report by the ACLU recognized when it gave the state an “F” for its slow and ineffectual response. Forty other states also received failing grades, but Hawaii’s score was the fourth lowest in the country, ahead of only Arizona, Florida, and Wyoming. As one of us wrote in mid-May:

“The COVID-19 crisis is far from finished, and Hawaii’s jails and prisons remain dangerously overcrowded. The state supreme court and the special master have done a decent job in some respects, but their orders and reports lack urgency. Time matters. If you get behind this virus, the consequences can be catastrophic. Our leaders and legal professionals will not be able to say that nobody warned them.”

Two weeks later, Special Master Foley all but implored the Supreme Court to give up trying to reduce the state’s inmate populations. As he wrote in a May 28 report:

“The parties’ attempts to resolve this matter through mediation have not been successful … there are major differences of opinion on continued oversight by this court … it is unlikely that getting inmate populations to design capacities can be achieved and maintained.”

A week after receiving this report, the Supreme Court ended its oversight while suggesting that the Hawaii Correctional Systems Oversight Commission — a new institution with no director, no staff, and no budget — should assume the oversight role it had been playing. Predictably, Hawaii’s inmate populations rebounded, and OCCC eventually became the most dangerous place in the state.

In August, the Supreme Court became reengaged with pandemic issues after inmates and staff started testing positive at OCCC — and after the Office of the Public Defender filed another petition. Unfortunately, whatever the Supreme Court does now will be too little and too late for many at the Honolulu jail.

A recent report by Lawyers for Equal Justice explains some of the reasons for the crisis at OCCC.

In particular, it describes failures by local media and by local leaders. Its most striking finding is that media coverage of inmate releases in Hawaii was “overwhelmingly negative,” with 17 times more article space focused on concerns about released inmates committing crime than on concerns about COVID-19 and public health. (LEJ examined 53 news articles about the release of inmates during the pandemic, by 26 authors in nine news outlets, published between April 15 and June 6.)

In addition, the voices of inmates and their advocates, families, and friends were seldom reported in these articles, and almost nothing was published about the Department of Public Safety’s abject failure to facilitate the reentry of inmates into society (which is its legal obligation).

LEJ’s report also documents strong resistance to the release of inmates from local leaders. In May, for example, Honolulu Police Chief Susan Ballard said, “It is the HPD’s position that there was no urgency or legitimate reason for early or premature release,” and she claimed that “the releases pose a bigger threat to public safety as some of those who are released reoffend and prey on the community.”

But as the LEJ report shows, there were relatively few arrests of released persons on Oahu, and among those who were arrested most were for “houselessness-related offenses.”

Like Ballard, Honolulu Prosecuting Attorney Dwight Nadamoto has repeatedly dismissed COVID-related concerns, as when he spoke of a “purported threat” from the virus in our jails and prisons — as if this were a pretend pandemic. Other prosecutors joined in the chorus of denial, including State Attorney General Clare Connors, Hawaii County Prosecutor Mitch Roth, and Maui County Prosecutor Donald Guzman.

For his part, Honolulu Mayor Kirk Caldwell chose April Fools’ Day to announce that “our prison could actually be the safest place in terms of COVID-19,” while Lt. Gov. Josh Green claimed that prison could be “as safe as Costco.”

And then there is the limp leadership of Gov. David Ige, who has consistently failed to respond with the seriousness and openness that this pandemic requires. Looking backward, one of his biggest mistakes (ratified by the state Senate in April 2019) was reappointing Nolan Espinda as director of the Department of Public Safety. Espinda inspires no confidence in those who know about corrections, including the 500 or so staff who work at OCCC and who are rightly worried about their own welfare.

Three lessons follow from this analysis of the crisis at OCCC.

First, several of Hawaii’s other jails and prisons remain dangerously overcrowded and poorly equipped to deal with the threat of COVID-19. The callousness, dissembling, and denial that led to the outbreak at OCCC must not be repeated with respect to the correctional institutions where it is not yet too late to take preventive action.

Many people wrongly believe that inmates are not part of our community.

Second, the media must do better.

The Society of Professional Journalists’ Code of Ethics requires journalists to “take special care not to misrepresent or oversimplify” in reporting a story, but these problems have long characterized crime reporting in Hawaii, and they have worsened in recent months. The harms caused by released inmates are also small in comparison to those caused by the pandemic and by the relaxation of environmental rules that governments have undertaken during it. To focus on the former is to miss the more important stories.

Finally and most fundamentally, many people wrongly believe that inmates are not part of our community.

On August 19, for example, when Department of Health Director Bruce Anderson was asked to comment on the 261 COVID infections the state had recorded that day, he responded in a way that was both troubling and telling, by calling the count “reasonably good news”, especially “if you subtract those 93 cases” newly found at OCCC.

But of course, our fates are bound together, and never more than during a pandemic. As Martin Luther King, Jr. observed, “We are tied together in the single garment of destiny, caught in an inescapable network of mutuality. And whatever affects one directly affects all indirectly.” Reverend King also warned: “We must learn to live together as brothers or perish together as fools.” 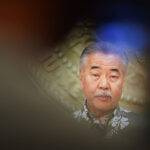 Denby Fawcett: The State's Stranglehold On Important Data During the Pandemic is Unforgivable

Nicholas Chagnon is a lecturer at UH Manoa in the Departments of Sociology and Women’s Studies. He teaches criminology and sociology courses, and researches topics such as police reform and gender violence. He is a member of Hawaii J20+.

Definitely they should stay there, behind bars where they belong.Career criminals and felons are tough people, they will be fine.

Thank you David and Nick!  I would add that I have not heard anyone talk or ask about testing at the Women's Community Correctional Center or testing women at OCCC.  And it's not clear that testing is being done at Halawa, though people are transferred to and from OCCC and Halawa regularly.Finally, although we get reports of the number of staff at OCCC who have been hospitalized, we know nothing of the numbers of incarcerated persons who have needed hospitalization and how they are being evaluated and treated.