Biking In Honolulu Is On The Rise, And That’s A Good Thing - Honolulu Civil Beat

Biking In Honolulu Is On The Rise, And That’s A Good Thing

Investing in bike infrastructure could help the city prepare for another pandemic or natural disaster. 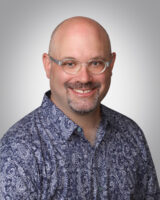 Todd Boulanger is the executive director of Bikeshare Hawaii.

When Bikeshare Hawaii launched Biki three years ago, the goal was to bring a new, practical and affordable transportation option to our community. We knew that Biki would provide both residents and visitors with economical, health and environmental benefits.

Just before the pandemic shut down Hawaii’s economy, more than 3,150,000 rides had been taken on Biki bikes, with about two-thirds of total rides taken by residents. It was evident with these figures that Biki was indeed delivering on its goal.

When the stay-at-home orders were issued in March, Biki ride numbers dropped drastically. This was not unexpected, as our 136 Biki Stops are located within the urban core of Honolulu. Our daily riders, mainly consisting of urban Honolulu employees and students, were no longer taking rides since they, like everyone else, were staying home.

The huge decline in tourism also had an impact on our ridership as visitors typically take an estimated 20 to 30 percent of total rides on weekdays. On the positive side, we heard from many residents who tried out Biki for the first time, as they looked for socially distant alternatives to working out in gyms or just wanted to try something new outdoors.

Recent news reports have shown that bike sales have risen considerably, both locally and on national levels. It’s really not surprising given that many outdoor activities including swimming, golfing and team sports were prohibited in the early stages of the shutdown.

What better way to still enjoy the outdoors and exercise than to go for a bike ride? Moreover, cycling is something that an entire family can partake of together, and weaves in the social distancing mandate that we are all used to by now.

The Benefits Of Biki

During the statewide shutdown period, Biki was still operating 24/7 as it was deemed an essential service for trips such as picking up food and supplies, commuting, and of course, exercising. Our Biki crew switched from focusing on rebalancing our fleet to concentrating on enhanced sanitation and cleaning of equipment to reduce the spread of COVID-19.

As Hawaii starts to reopen in phases, we are delighted to see riders return, as well as new ones who have discovered the benefits of Biki. We continue to see increases in the number of daily rides being taken and are very encouraged by this.

We hit a new post-pandemic high of 2,975 rides on July 5, which also happened to be the fourth Open Street Sunday on Kalakaua Avenue. This event was made possible through a partnership between the City and County of Honolulu and Hawaii Bicycling League; the high turnout demonstrated that residents support this new form of gathering together outdoors but in a safe and socially distant format.

In fact, Open Street Sundays was so popular that the city extended the event until the end of July.

With tourism at an all-time low, similar initiatives have been implemented globally. At the same time, demand for more pedestrian and bike-friendly lanes have increased. Back here in Honolulu, construction of the Pensacola Protected Bikeway Project is almost done. The two-way, protected bike lane will connect from the residential areas of Wilder Street all the way to the business district of Kapiolani Boulevard.

There are currently four Biki Stops located on or in close proximity to this route that connects Makiki to Ala Moana/Kakaako areas. This route also intersects with King Street, one of the busiest streets used by bike riders. According to the Hawaii Bicycling League, bicycling on King Street increased 125% while South Street saw a whopping increase of 381% after protected bike lanes were installed in 2014.

Cycling is something that an entire family can partake of together.

An added benefit to investing in more bike infrastructure is the potential to help our city prepare for future interruptions such as another pandemic or natural disaster. When public transportation or personal vehicles are not easily accessible or cannot be utilized, cycling often becomes the preferred transportation mode to get around resilient communities.

Moving forward and as we all adjust to a new normal, Biki will continue to fulfill not just the transportation needs of Honolulu residents on a daily basis, but will serve as a new form of appropriate social gathering and exercise for many. Our team is ready and up to the challenge of providing this service to both residents and visitors once they return. We also will continue our sanitation efforts to ensure that the bikes and kiosks are as clean as possible for riders.

With an increased interest in biking since the pandemic, and with more biking infrastructure being built for our city, there is no doubt that biking, and specifically bikeshare, will play a role in our city’s economic, health and transportation recovery from COVID-19. 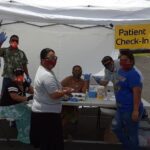 Todd Boulanger is the executive director of Bikeshare Hawaii.

Written like a commercial for Biki. If not for Caldwell's gift to Biki of city property, parking spaces and almost Kapiolani Park (he couldn't pull that off because it was gifted to the city to use and maintain without commercial use) valued at over $1M, Biki wouldn't be the monopoly it is today. It's time the city play fair with all companies not just Biki. The bigger picture is that the city continues to remove lanes from traffic for ill conceived bike lanes that are not used sufficiently enough to justify their being there. Sure guys like Boulanger will try and sell you on the promise that with time they will, but there is no hard evidence and the right now is that traffic becomes bottle necked because the city has no place to put a real bike lane out of the flow of traffic. You can clearly see this on Pensacola St. where the intersect at King St. will be a disaster. Ward Ave. looses another critical lane of traffic traveling mauka and will result in greater traffic jams.

Two months ago, we shared the road. Now the cyclist owned the road. One day I was running on the bike lane and got yelled by a biker. The reason I ran at bike lane? The side walk was congested. And I was running as closed to the side walk. Yeah, as most cyclist would claimed, I'm considered selfish. Thank you for the compliment. As a makiki resident and a construction worker, thank you for taking away overnight parking spaces. You all are not selfish. Maybe we have to pay the price so the rich people can bike to Ala Moana, while we have to figure out a way to cycle with our construction tools. Thank you for taking everything from us during the pendemic.

Investing in additional infrastructure is pointless when existing infrastructure is ineffective. It would be a waste of tax dollars on par with the $11,000,000 spent in 2019 on Mauna Kea.A great example is Kailua/Lanikai. Bike lanes are provided for the use and safety of cyclists. The reality is they are populated by pedestrians (often blocking the bike lane by walking two, three and four across), tourists/families on bikes insistent on traveling in the wrong direction (against the flow of traffic and contrary to road markings) and cars that ignore signs indicating no parking, standing, loading or unloading.HPD is well aware of the situation and refuses to enforce laws.Investment in additional infrastructure will not solve these problems.