This time the destruction and overuse of Hawaii's outdoor treasures can’t be blamed on tourists. 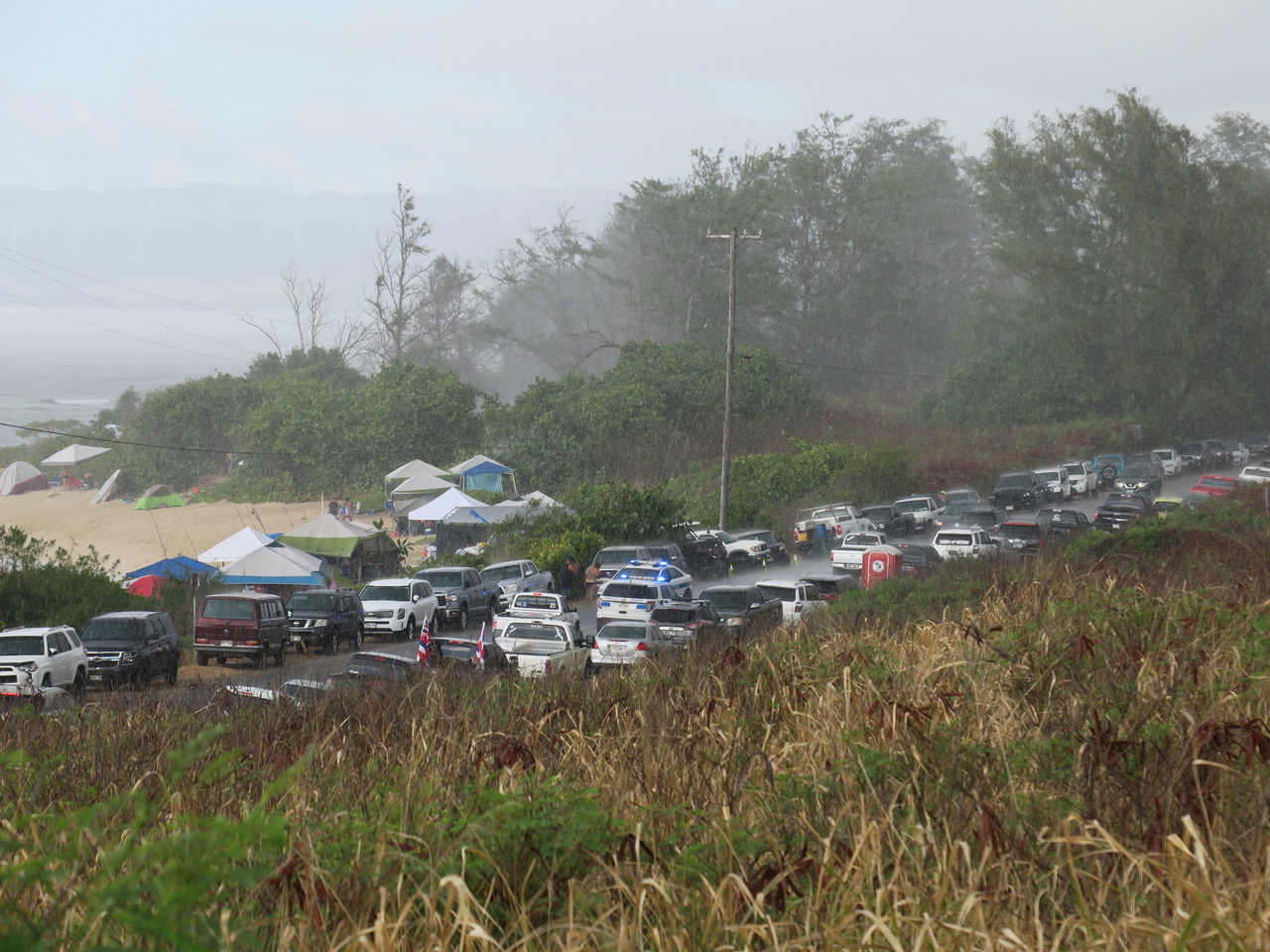 Like a stern schoolteacher admonishing disrespectful students, Department of Land and Natural Resources spokesman Dan Dennison castigated Hawaii residents in a July 28 press release for overcrowding and trashing their own state parks.

Particularly the beautiful Polihale State Park on the remote west side of Kauai, known to some as Barking Sands, a place of ancient Hawaiian legends and modern-day repose.

On July 28, the state closed Polihale indefinitely, calling it “the first casualty of bad behavior under COVID-19 rules.”

In the past tourists were blamed for over-stressing Hawaii’s parks but Hawaii today has very few visitors.

“We cannot attribute the recent spate of vandalism, theft, graffiti and bad behavior on tourists — it is now us,” Dennison said in the press release.

According to the DLNR, more than 1,000 people camped at Polihale on a recent weekend, though only 80 were legally permitted.

The rowdy and unpermitted campers raced their trucks on the beach, driving through dunes containing Hawaiian burial sites and critically endangered native plants.

Many people are not using the restroom facilities at Polihale and instead are defecating on the park’s fragile sand dunes.

I don’t get it. Why wreck park facilities that residents need now more than ever to relax and escape from the confines of their homes?

A Fraying Of Social Order

Why there is so much bad behavior now is anybody’s guess, but professor of criminology Janet Davidson says during times of uncertainty, like the pandemic, there is a normlessness that can prompt people to ignore rules that would normally govern their behavior — a fraying of the social order, a breaking loose.

“They feel that people enforcing the regulations might be preoccupied elsewhere with larger concerns,” says Davidson, a professor and associate provost for academic affairs at Chaminade University.

She even sees herself sidestepping rules by deciding not to put coins in a parking meter when she goes into a place for a few minutes —figuring during the pandemic, people’s attention is directed elsewhere.

Kauai Mayor Derek Kawakami says maybe it’s stress, he just doesn’t know. But he is particularly distraught over the destruction at Polihale.

“I am irritated, I am frustrated, I am downright angry,” he said.

He says Polihale is special to his family and many other Kauai residents who go there every Jan. 1 in a cherished ritual to watch the sun go down on the first day of the year.

Kawakami is a surfer who also enjoys the summer break at Polihale.

Since Polihale has been shut down, he said residents have been mad and blame the state for not giving them enough warning.

But Kawakami says that despite clear park rules posted for all to see, the destruction at Polihale has been going on for months.

“This is our island. We have to take care of our resources. We all have to kokua. I get very emotional about this,” he said.

DLNR says Polihale and other remote state parks such as Kaena Point State Park on Oahu have a history of abuse, illegal gatherings and unpermitted camping.

But since the beginning of the pandemic, it says there has been an increasing series of disturbing incidents at parks.

Maybe that’s because troublemakers know the pandemic has strained government resources and they figure nobody is watching.

At Aiea Bay State Recreation Area on Oahu, vandals have destroyed all the fixtures in park restrooms, including toilets, sinks and urinals. The repairs will cost an estimated $25,000.

My friend Katen Karlten had this graphic admonition for people who destroy park bathrooms: “You little shits. Where are you going to take a shit now?”

Vandals at Akaka Falls State Park on Hawaii island wrecked a pump house and stole photovoltaic panels, a controller box and batteries at a cost of nearly $40,000 for the state to repair and replace.

At Kaena Point State Park, large numbers of illegal campers engaged in illegal drinking, littering and the burning of rubber tires and bonfires on July 4th.

Vandals have destroyed signs at Kiholo State Park Reserve on Hawaii island, a resting place for endangered Hawaiian monk seals, despite signs warning of fines for illegal beach access and camping. The vandals, after trashing the signs, have driven in to illegally camp overnight.

“It’s disheartening to see the level of disrespect some people are demonstrating toward parks and facilities while we are struggling to save operating funds,” State Parks Director Curt Cottrell says.

Problems Across The State

It is not only state parks that are taking a beating during COVID-19, but also county parks on all islands.

On Kauai, County Parks and Recreation Director Patrick Porter says five campgrounds that the county turned into shelter areas during COVID-19 to help protect homeless residents from contagion have been regularly vandalized. Bathroom fixtures have been destroyed, lights have been broken, signs knocked over and rock barriers pushed aside to allow people to bring camping gear into prohibited areas.

“It is mainly the work of a few bad apples — people with mental health and drug abuse issues,” Porter says.

Porter says Kauai is working with the ACLU to find another area to shelter homeless campers during the pandemic in order to open the parks for increasing members of the public seeking outdoor recreation.

He says in almost all of the other Kauai County parks residents have respected the rules and refrained from gathering in large groups.

On Maui, the county’s Baldwin Beach Park has been plagued by overuse during the pandemic, with up to 200 people ignoring social distancing rules and crowding into the park outside of Paia on various occasions.

On Hawaii island, Parks and Recreation Director James Komata says there has been some vandalism and destruction of park property in COVID-19 times.

But the vandalism is no worse than it was before the pandemic, except for increased theft of soap and toilet paper.

Big Island Mayor Harry Kim made it a priority to put soap dispensers in all the park bathrooms and kitchens to make it easy for people to wash their hands to help prevent spread of the virus.

“Following this we did experience a significant amount of soap dispensers stolen right off the walls, or the soap container stolen from within the unit or the unit destroyed in place,” Komata said.

He said 80 soap dispensers across the island had to be replaced, sometimes multiple times.

There was also an increase in toilet paper theft at the county’s 200 parks, with thieves cutting locks to break into custodial closets in some instances to steal cleaning supplies and toilet paper.

“We did struggle to keep up with supplies but we never closed any parks as a result,” Komata said.

He says one thing Mayor Kim did that helped keep things positive in Hawaii County parks was to place signs reminding people to “Help Keep Us Safe” with keywords such as “wash,” “disinfect” and “prevention,” making it clear that everyone needs to help each other during this time.

On Oahu, park vandalism has been an ongoing problem long before the pandemic.

“While observationally we haven’t noticed an apparent increase in vandalism during the pandemic, the closure of park facilities and phased reopening during COVID-19 has certainly resulted in bad behavior with the public not respecting the closure of these facilities,” Honolulu parks spokesman Nathan Serora said in an email.

Kauai Mayor Kawakami has become famous in Hawaii and even on the mainland for his Facebook videos titled “Stay at home Kauai,” describing his activities during the pandemic.

But he says he’s too embarrassed to make a video highlighting the terrible behavior at Kauai parks like Polihale.

“I am too ashamed. This is not the way we are,” Kawakami said.  “I really don’t want people to see it. We are better than this.” 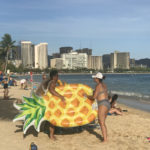 Visitor Industry Must Step Up If They Want More Visitors

It all comes down to a simple fact of personal responsibility.  Deflecting the problem to external societal difficulties only reduces the issue to scapegoating.  Ongoing problems need to be addressed accordingly by existing rules and regulations.  It is really black and white, right and wrong.  The greater community we live in and our nation is governed by this principle.

"I am too ashamed. This is not the way we are," Kawakami said.Unfortunately, this IS the way we are.  Maybe it's a minority, but the rest of us tolerate it. The west side of Oahu is constantly being trashed by locals, mostly young, but it's now assumed that this is just the new normal.  Until we as a population say something in the moment when the damage is being done, we are all enablers.

Think it is time to stop putting those fragile ceramic toilets in the public bathrooms. I remember Caldwell saying that those were what they had ordered. Time for a change to prison like metal ones, to withstand upsetting beatings they take regularly. Soap in bathrooms should be a necessity.