After nearly five months of the pandemic, Gov. David Ige and his top health officials have yet to articulate an effective response strategy that gets the public behind them. 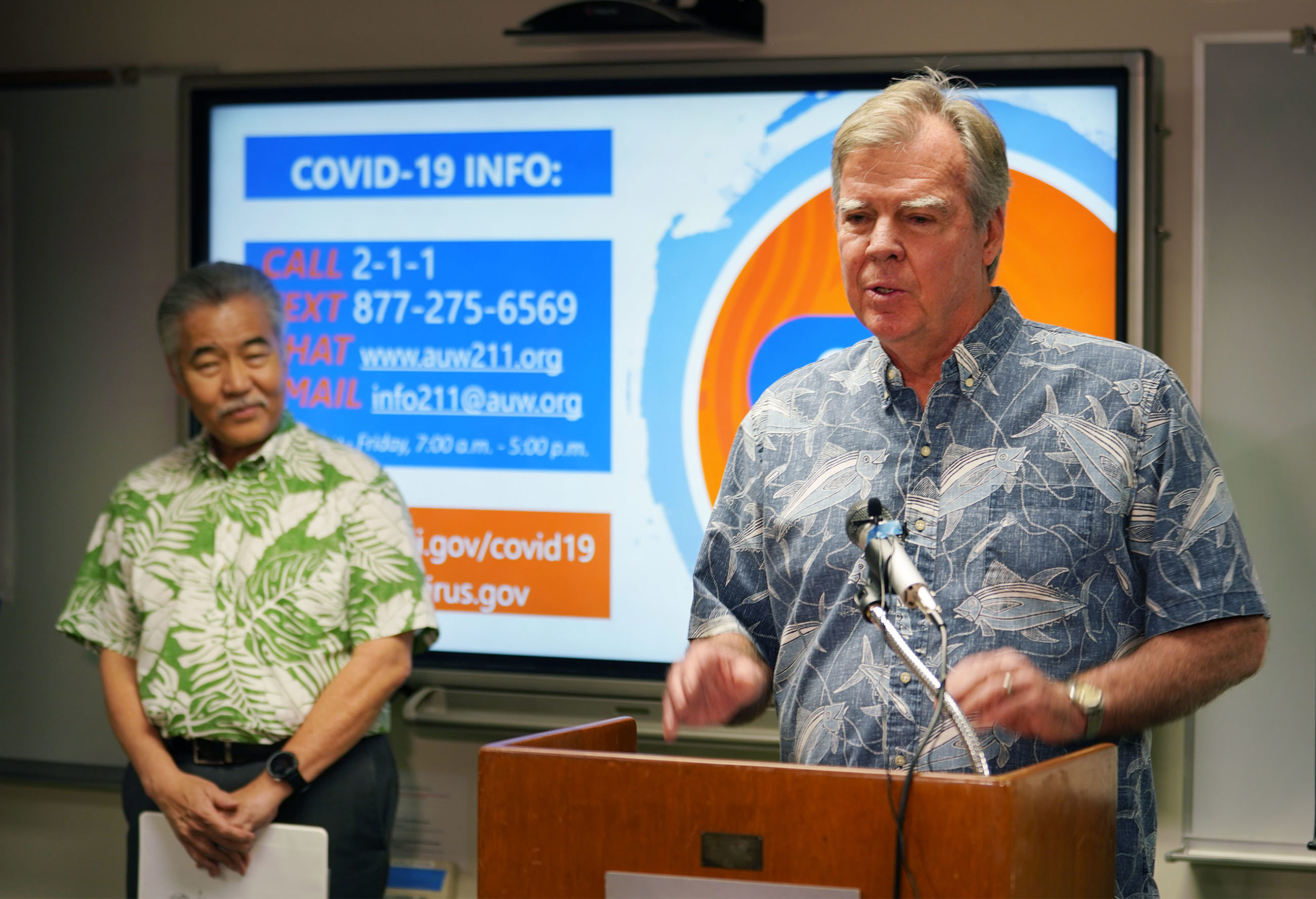 Few in the islands may have noticed, but Friday marked the last day of a COVID-19 awareness campaign launched by the Hawaii Department of Health on March 30.

Called “Stay Healthy, Stay at Home,” the 30-second videos appeared on KHON2, iHeart Media and in the Honolulu Star-Advertiser’s print and digital platforms.

Health Director Bruce Anderson, in a press release at the time of its launch, said he was pleased that Frank De Lima could “remind everyone about the simple things you can do to keep yourself and others healthy. We urge everyone to do like Frank does in the videos — practice good hygiene and social distancing and remember to take care of your well-being and mental health.”

By chance, Friday also marked the day that Hawaii recorded another straight day of coronavirus-related cases in triple digits — 123 total — just one case less than the record high of 124 set the day before. Friday marked a new milestone as well for the islands: 2,000 COVID-19 cases statewide.

The number of cases in July has now surpassed the number of infections combined that were documented in March, April, May and June. And most of the recent cases are from community spread, not from visitor arrivals.

It all comes in the same week that the United States marked 4.4 million COVID-19 cases including 150,000 deaths — the highest numbers for any nation — and the world recorded over 17 million confirmed cases including 670,000 deaths.

No slight to Frank De Lima, but it is painfully obvious that many people are neither staying home nor staying healthy. Locally, new COVID-19 cases are cropping up regularly at bars, gyms, offices, airlines, funerals, hospitals, banks, buses, military bases, fire stations and stores.

The ultimate responsibility for ignoring sound medical advice — wear a mask, stay socially distant, wash your hands — falls on the individual. But it’s up to the public agencies in charge of confronting and mitigating this health and economic crisis to make that advice clear.

That means providing the public with clear, consistent and unambiguous information about the state’s response to the coronavirus.

Unfortunately, we have a Health Department and a governor who have done a poor job of inspiring trust and confidence in that response. Many Hawaii residents are frustrated and confused by the often conflicting messages from state officials and the lack of detailed data.

It’s no minor matter. Access to and awareness of information on the coronavirus can literally be a matter of life and death.

No one doubts that Anderson and Gov. David Ige are dedicated public officials doing the best they can. But neither of them is Hawaii’s version of Anthony Fauci and Andrew Cuomo. Our people need to start acting like those national leaders or step out of the way and let someone else do it.

It’s long past time for Ige, Anderson, State Epidemiologist Sarah Park and others in charge of Hawaii’s coronavirus response to get their communication strategy in order and kick it up several notches. As our top political, business and academic leaders have stressed again and again, the state’s nose-diving economy and the visitor industry that drives it can’t recover until the virus is under control.

Getting the virus under control means the state needs to be responding effectively — testing, tracing and isolating — and articulating to the public how it is going about controlling the virus and why it’s important.

Instead, the DOH in particular has often offered vague answers and deflected questions from the media and the public. It has been slow to respond with a lack of transparency and useful data.

As Civil Beat reported last month, a recent study found that while COVID-19 data tracking in most of the U.S. is incomplete and inaccessible, Hawaii was one of the worst states for providing information the public needs to help get the virus under control. The review found that Hawaii was only publishing about 13% of the information researchers identified as vital information.

Race breakdowns are available for cases, but not for deaths or hospitalizations, for example. Testing figures are reported but do not specify what kind of testing.

In addition to 15 data points identified by researchers, here are some of the things we’d like to know:

Who is in charge of testing? How long does it take to get back positive test results? Does Hawaii’s testing policy comport with national standards?

Are those potentially exposed being contacted promptly? Who, precisely, makes up the workforce in COVID’s response team? How, where and when did people contract the virus?

Why isn’t there more information on the health disparities among Hawaii’s many diverse groups? Has the DOH established metrics to measure performance?

And should the state mandate that signs advising the wearing of masks be posted practically everywhere rather than relying on select businesses to do so voluntarily?

The lack of clarity from state officials comes as the Hawaii Department of Education, under tremendous pressure, has postponed opening schools until Aug. 17.

Honolulu Mayor Kirk Caldwell has closed Oahu bars for three weeks, anxiously wishing that Hawaii could return to its previous low COVID-19 rates and the gradual reopening of business it inspired.

And members of the state Council on Revenues warn that there will be more business closures in the weeks ahead, especially if the reopening of the state tourism industry is delayed again, which seems likely. In fact, there is no solid plan in place, even five months on in this pandemic.

In a hopeful sign, there may be new developments early this week.

On Monday Ige is scheduled to update the state House special committee on COVID-19. And on Thursday, Anderson and Park are slated to appear before the Senate’s counterpart committee.

It’s important that they start communicating the information that health professionals, businesses, educators and the public need to know. We need news we can use, not political pats on the head.

Hawaii can emerge from this coronavirus calamity reasonably intact, but it starts with ensuring the governed have faith in the governing. 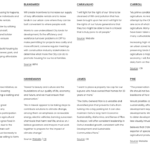 How These Local Youth Aim To Turn The Political System

We're always told "safety and health" are priorities of government.  If Ige, Green, Caldwell, Anderson, Park, and others really believed these are priority functions of government, rules breakers would be cited and fined immediately.  How many warning do the dummies need?  We're enabling bad, dangerous behavior.

The key to the virus is enforcement !  The penalty for no mask should be $250.  For illegal congregation $250. DLNR is not apolicing agency.  You need to involve the Sheriffs and the HPDwho have the right to arrest lawbreakers.  Get school agepeople to do commercials. It has worked before. Money talks.When people start getting citations the meaning might clicki.  Use more of the Fed money to support the small businessesand help them.

The communications strategy only reflects the overall Covid strategy, which is disjointed and confusing.