Their visions are echoes of each other and an echo of the Caldwell administration. 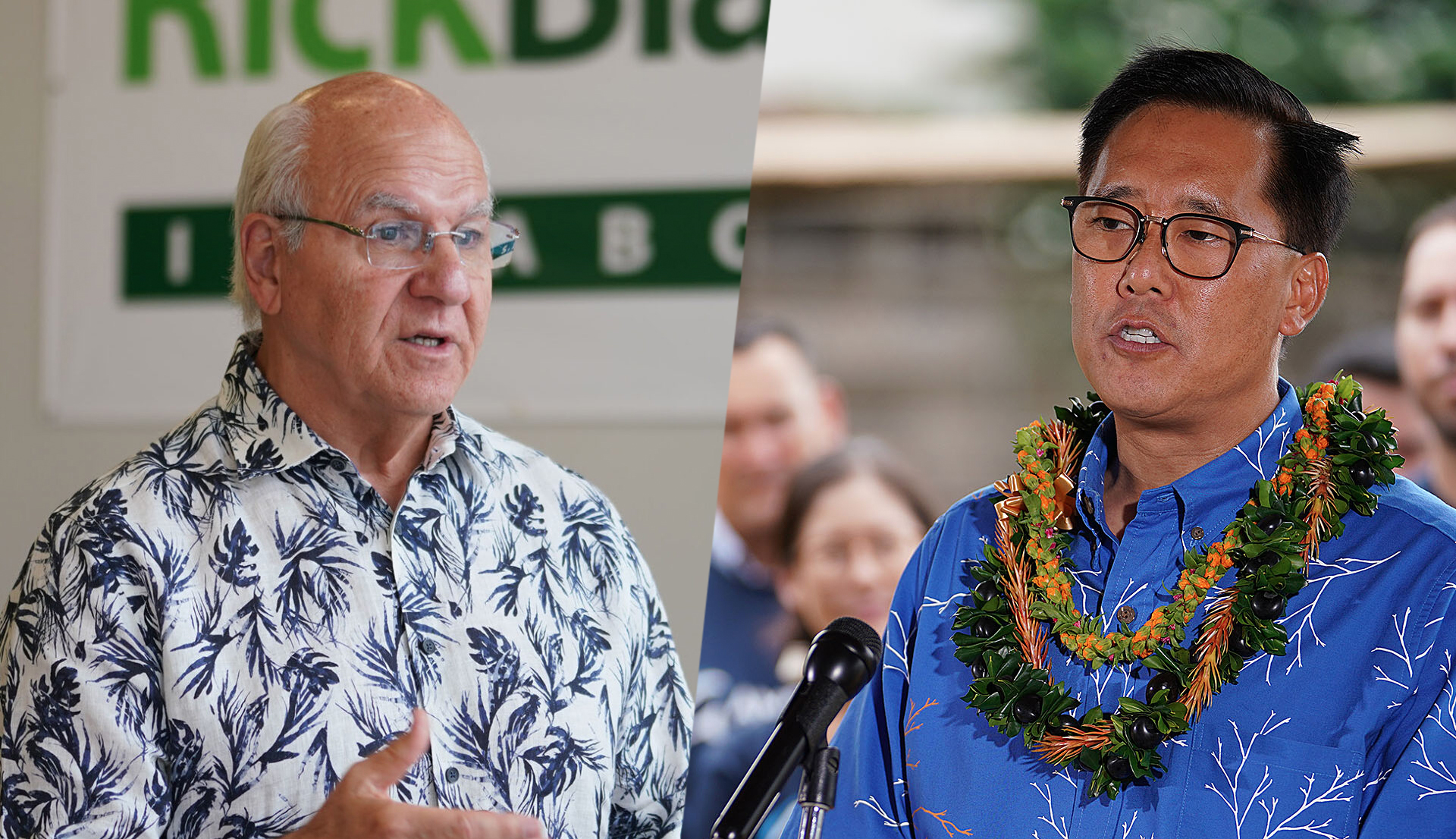 Elijah Lee is a graduate of Kamehameha Schools Kapalama and is currently a freshman at the University of Hawaii Manoa. The views expressed in this article are solely his own and do not represent any institution.

The 2020 race for Honolulu mayor has been widely regarded as a sign that Oahu voters want change. The two frontrunners from the primary election notably lack any experience in elected office and, instead, advertise extensive backgrounds in business.

The support for these two political “outsiders” seemed to suggest that Oahu voters had decidedly rejected past leadership and affirmed the start of a new chapter for our island. However, the lack of direct governmental experience, while significant, does not necessarily translate into real change at Honolulu Hale.

On a recent Friday, PBS “Insights” broadcast a mayoral debate where Keith Amemiya and Rick Blangiardi shared their respective plans for Oahu’s future. What was noticeably absent from their visions, though, was a substantial change from the status quo. They provided criticisms of each other, cited their own qualifications, but offered, ultimately, a vision for more of the same.

Both candidates support the over-budget, behind-schedule rail project. They both claim their commitment to keeping it on-budget and on-time, but the residents of Oahu have heard those promises many times before.

Though both candidates acknowledged the frustration and poor management of the now $9 billion project, they fell short of considering anything less than construction to Ala Moana. Especially at a time when Hawaii’s economy has been devastated by the COVID-19 pandemic, continuing to advocate for the completion of the rail project illustrates a blind support for this failed public works project (the largest in Hawaii’s history).

Though Blangiardi had previously indicated some hesitance towards completing the project, Friday’s broadcast clarified loud and clear: “I was pro-rail… I was always pro-rail.”

Both candidates also have the backing of several labor unions. While that’s not an inherent disadvantage, Amemiya characterized these union endorsements as “grassroots,” a woeful mischaracterization of union influence in Hawaii. Millions of dollars have been spent by these labor unions to exert unknowable amounts of influence, often at the expense of meaningful change.

Moreover, when directly asked whether or not he would be beholden to the labor unions that have endorsed him, Amemiya didn’t answer the question. He responded by defending, extolling, and thanking his endorsers. Amemiya’s statement, “That’s the people I’m running for,” shouldn’t sit well in the minds of Oahu voters in the coming months.

In contrast, Blangiardi, endorsed by the Hawaii Regional Council of Carpenters, one of the biggest public works unions in the state, as well as a few others, rejected the notion that union endorsements would have any bearing on his leadership. This reassuring statement sounds good, but Amemiya’s accusation that Blangiardi back-peddled on considering stopping rail at Middle Street because of the Hawaii Carpenters’ Union endorsement raises some very real concerns.

Both candidates support Mayor Kirk Caldwell’s lockdowns. Lockdowns, while useful in reducing the number of active and new coronavirus cases, have resulted in employees losing their jobs, employers losing their revenue, and many locals losing their businesses altogether.

The candidates offered slight variations of the status quo. Blangiardi said that he would’ve lifted the first lockdown a month earlier, in April. Amemiya said that he would’ve started the second lockdown a month earlier (noting that it would end earlier as well). Amemiya also stressed the need for improved communication from the mayor’s office. Both candidates support enforcing mask mandates.

While Blangiardi explicitly endorsed a plan (Bill 7) that has been approved by Caldwell himself, showing yet another similarity to the current administration, Amemiya proposed a “housing for all” plan.

Naturally, Blangiardi criticized his opponent, arguing that Amemiya’s plan has lost validity and relevance in a post-coronavirus Hawaii. Blangiardi’s point, while reasonable, also calls his own plan into question.

While Blangiardi’s plan (to follow the existing plan) fundamentally differs from Amemiya’s, both plans were conceived pre-coronavirus and the feasibility of both proposals deserve to be reevaluated in light of our present economic downturn and the lasting consequences of lockdowns.

In large part, both Amemiya and Blangiardi offered an echo rather than a choice — an echo of each other and an echo of the current administration.

It was in the 1964 presidential election that Phyllis Schlafly endorsed Senator Barry Goldwater as “a choice, not an echo.” At a time when Senator Goldwater presented a stark contrast with both former Republican candidates and his Democratic opponent, change was on the ballot.

This year, in the election of the next Honolulu mayor, it’s not, in any substantial way. Certainly, these two men offer management and business experience that may help us rebuild our economy (once it reopens) and both candidates have their share of proposals, but much of their platform accepts the status quo and envisions a future where the problems of Oahu residents are largely perpetuated.

These two candidates emerged at the top of a crowded primary field, a field that offered both career politicians and other political outsiders.

Amemiya and Blangiardi might represent a more significant change than well-known Hawaii politicians such as Mufi Hannemann and Colleen Hanabusa, but offer a much more comfortable option compared to the visions of lesser-known names such as Bud Stonebraker or Choon James.

It’s a demonstration that, while Oahu voters might have chosen two candidates that have not held elected office, they weren’t the most change-oriented candidates and they offer little in the way of a fresh vision for Hawaii.

If Oahu voters want minor changes, more in leadership style than in policies or actions, Amemiya and Blangiardi are likely to apply their business expertise to the job in a way that recalibrates the tone and approach of the mayor’s office.

However, if they want real change in the way of bold ideas and true reform, the next chance will come in 2024. 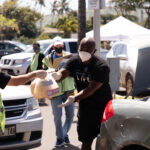 Lee Cataluna: Hunger And Need Winds Through An Affluent Neighborhood

Elijah Lee is a graduate of Kamehameha Schools Kapalama and is currently a freshman at the University of Hawaii Manoa. The views expressed in this article are solely his own and do not represent any institution.

This article is spot on. Neither of the candidates will bring positive change, they are basically the same thing, and their first bad decision has already been made- to finish the over budgeted, past due rail. We had a chance to change things but instead the people who even bothered to vote have decided that they want a Hanneman/Hanabusa/Caldwell duplicate.

He mo'olelo maika'i nÅ.  While I disagree with the author regarding the rail (see "every other city in the world choosing to join the 21 century"), I really appreciate Mr. Lee's perspective.  Gen Z, our 'Äina needs you to take the lead.

What people need and what they want are two different things.  Can either provide either?  Time will tell.