Campaign Corner: Why I Fear Losing The Right To Vote - Honolulu Civil Beat

Campaign Corner: Why I Fear Losing The Right To Vote

We are facing challenges to our democracy that could drastically affect all of us. 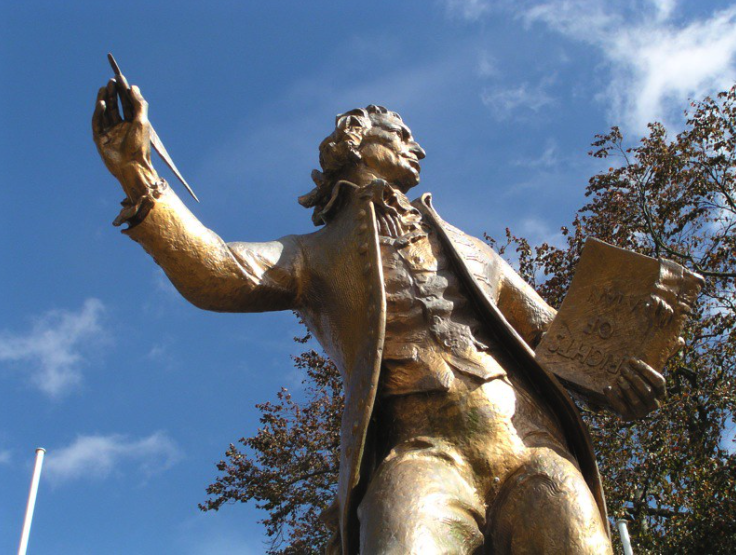 Renée Tillotson is director and founder of the Still & Moving Center for teaching mindful movement arts from around the globe.

Someone asked me recently what my greatest fear is. I realized that it is living in a land where we are no longer free and protected by law to make our own choices, to protest what is wrong, and to govern ourselves.

As American revolutionary Thomas Paine said, the right of voting for representatives is the primary right by which other rights are protected. To take away this right is to reduce a man to slavery, for slavery consists in being subject to the will of another.

I am feeling enormously patriotic these days, and extremely protective of all the freedoms and rights we seem close to abandoning as a nation. I want to make sure we maintain our democracy’s foundation stone: our ballot.

We have a lot of old bath water that needs to be thrown out of this country. We’re getting to see right now how dirty it is. I’m in favor of tossing out everything that denies the rights of life, liberty and the pursuit of happiness to anyone.

Some things have to go, but for heaven’s sake, let’s keep the baby.

A statue of Thomas Paine (1737-1809) in Thetford, a town in Norfolk in England. The plinth describes him as “World Citizen, Englishman by Birth, French Citizen by Decree, American by Adoption.”

What is the baby? It’s something I believe we unconsciously take for granted: our American right to vote in fair elections.

I took a political science major in college and came to love that no one — even at the top of a government — got to impose their will upon us; even they were subject to the law of the land. And we could always vote them out of office and vote other people in.

We stand at a juncture where not just some but all of us may lose our right to vote in a legitimate election. I protest polling stations being closed, the dismantling of our postal system, our post office boxes being removed, and vote-counting machines in post offices being destroyed — all to make it more difficult for people who might vote against the current administration to do so. The intent is to create a general aura of chaos clouding our election process. I protest.

Are we so shriveled by fear of our fellow Americans’ votes that we won’t insist that everyone have clear access to submitting their ballots?

We send inspectors to make sure that other countries in the world conduct fair elections. We can do this for ourselves, too. We have managed to do that since 1789, and we can do it again this year, when a well-run election is so critical — no matter who gets the greatest number of votes.

When peaceful protests are characterized and met by law enforcement agents as if they were riots, we have a problem. Let’s pause and recognize another fundamental set of liberties guaranteed by our Constitution so that a king could not come back and impose himself upon our land: our right to free speech, our right to assemble, and our right to be protected by the law.

When we believe our country is off course and that American citizens are being wronged, should we not raise our voices in warning?  My whole life history tells me, yes, we should.

Because awful things do still happen here in America — things that absolutely must stop — I thank goodness we can take videos on our phones and share them publicly as part of our right to free speech. We need to keep alive our free press’ right to investigate and report misdeeds. Informed, we cannot stand by and let innocent people be killed at the hands of someone representing the government.

Nor can we allow federal agents in unmarked vehicles to show up at a protest, capture people and haul them away with no due process, no reading to them of their rights — as has happened already in Portland, Oregon. This is a shocking violation of our constitutional right to fair legal treatment. We must object.

I make the plea that law enforcement personnel and citizens on the sidelines honor all lawful protesting. I plead that all righteous protesters commit to non-violence, even if met with unwarranted police brutality. That’s the time-tested Gandhi and King version of nonviolent protest.

I look at how the people of Hong Kong’s right to free speech, the right to assemble, to a fair trial and to meaningful elections has shrunk in just the last year under China’s authoritarian power grab and wonder, is that what we want for ourselves?

Let us not — out of fear — forfeit our right to speak our minds and protest against things our government does. Imagine living in a country where doing so could cause us to disappear without a trace into a concentration camp or be poisoned by a cup of tea, as we know can happen under authoritarian governments.

Through our ballots, our letters to the editor, our marching and our taking people to court, we prove time and again the strength of our American system of rights and freedoms. The #MeToo movement and our insistence that the clergy be held accountable has caught out many abusive men. LGBTQ people have won recognition and freedom to be open about gender. In the United States we can march for women’s right to abortion, or for unborn babies’ right to live. Remarkable liberty.

We are facing challenges to our democracy that could drastically affect all of us.

As long as people of any color or group feel left out, as if the wealth or protection of this nation has passed them by — we all have a problem on our hands. As long as some people feel so frightened by their fellow citizens that they will relinquish fundamental American freedoms for the sake of more safety, security or more material prosperity, we are in grave trouble.

We’re also in trouble when people are willing to resort to violence — for whatever reason. And this trouble will not disappear with the outcome of the upcoming election. It will not dissolve unless and until we let each other know by word and by deed that we cherish each other and want the best for one another.

We absolutely need change. More change. And we must not allow America’s constitutional democracy to be dismantled by giving up our free, fair elections.

No throwing the baby out with the bath water! The consequences could be devastating. Imagine the alternative forms of government that could fill such a vacuum. We should instead seek to uphold our democracy’s rights and freedoms for every single person with all our might and main.

With all our differences, let’s talk. Let’s agree that the freedoms infused into the fabric of this country should be available to all of us now. To lose our vote would be to lose all the rest of our freedoms. Let us not be bullied or hoodwinked into losing our ballot. We need it to govern ourselves.

Let’s agree to keep our right to vote in fair elections.

And let’s see our way into a new era, where we truly listen to one another’s grievances and do what we can so that everyone in America feels safe, justly treated, of equal stature and free. 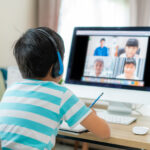 Eric Stinton: COVID-19 Gives Us A Chance To Change How We Teach. Let's Not Waste It

Renée Tillotson is director and founder of the Still & Moving Center for teaching mindful movement arts from around the globe.

Beautifully written. Thank you!  I am sharing this and hope others do as well...that it gets read by as many people as possible, and that those who most need to see it, do indeed read it and are reminded of the things that once made our country great. Because we are indeed in grave danger of losing it all.

The important message in this article is not to be complacent,vote. Itâs so easy to take our lifestyle for granted until the day that lifestyle doesnât exist. -donât say" Iâm not political" because in my mind; that says entitlement( your comfortable lifestyle has not been threatened; ,until the day it is.