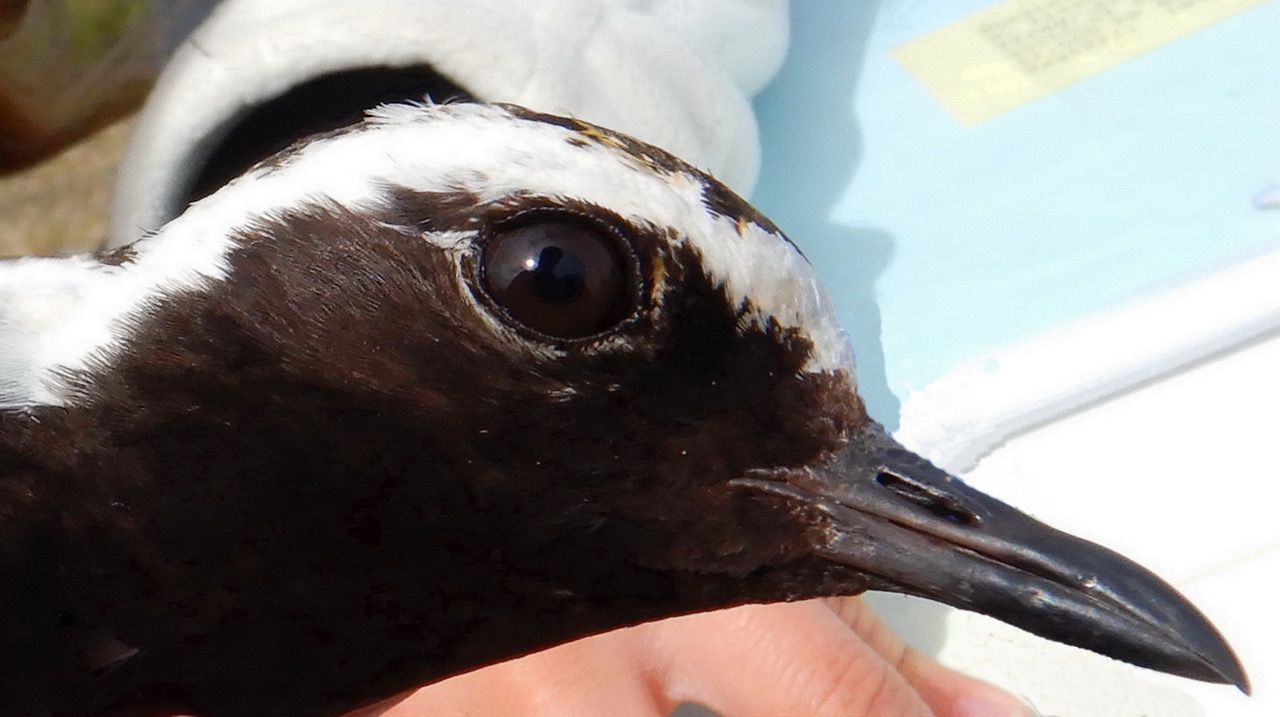 There is so little to depend on during the pandemic with each day bringing one sad report after another, such as the rising number of COVID-19 deaths in the Yukio Okutsu State Veterans Home in Hilo, Lt. Gov. Josh Green testing positive for the virus, and the state’s frustrating edict to allow Oahu people to return to beaches and parks but only by themselves.

It is comforting to know that at least one beautiful and much anticipated event has not been cancelled because of the virus: the annual arrival of the Pacific golden plovers, known here as kolea.

And this year there is something new: residents are invited to join Hawaii’s first all-volunteer, statewide kolea count.

Since walking is one of the few activities many people do these days, counting kolea is an opportunity to add variety and purpose to daily strolls.

Marine life writer Susan Scott says, “The count is something positive during the COVID era.  It gets you out of the house. You can do it by yourself and it offers a chance to build your awareness of these remarkable birds.”

The kolea — one of the longest nonstop migratory species in the world — normally begin arriving in the islands in July-August after their 3,000-mile nonstop, four-day flight from the tundra in western Alaska.

They are here now, hopping around in parks, cemeteries, golf courses, parks, any place there’s a grassy expanse, even on backyard lawns.

Each bird faithfully returns to the same place each year, fighting off other birds that dare to enter its territory.

The kolea reside in Hawaii for eight months each year before flying back to Alaska in late April-early May for their breeding and chick-raising season.

Hawaii Audubon Society is sponsoring the kolea count, hoping to collect data over the next 10 years on how many kolea arrive here annually, where they hang out and how long they stay.

Scott, a board member of the Hawaii Audubon Society, is organizing the count with guidance from Oscar “Wally” Johnson, the world expert on the Pacific golden plover. He frequently comes to Hawaii to study the birds’ behavior and migratory patterns. He is an affiliate research scientist in the Department of Ecology at Montana State University.

For 33 years, Scott produced the popular Ocean Watch column in the Honolulu Star-Advertiser until this March when the paper, struggling with financial issues, abruptly ended her column, along with the submissions of many of its contract writers.

Scott has launched her own blog at www.susanscott.net to continue sharing her fascination with all forms of marine life and seabirds including the albatross and the kolea.

She says she got the idea for the kolea count after her readers kept asking year after year if fewer or more kolea were coming in a particular migration.

“I told them I don’t have a clue,” she said. “There has never been a statewide count of the kolea.”

In an email from his home in Bozeman, Montana, Johnson says biologists from the Hawaii Division of Forestry and Wildlife did a systematic count in 1968, recording 15,000 kolea, but that survey was of plover only on Oahu.

He says before that, in 1949, conservationists Charles and Elizabeth Schwartz in their book “A Reconnaissance of the Game Birds in Hawaii” estimated there were about 74,000 plovers in the Main Hawaiian Islands but Johnson says that was a guestimate and not a systematic tally.

Johnson says the new Hawaii plover census done over years will give scientists a better idea of the stability of the kolea population in the islands, increases and decreases in population and the success of the birds’ breeding season in Alaska. Also the impacts of climate change on the kolea, which he says are projected to be unfavorable.

He looks forward to the day when there can be systematic counts of the Pacific golden plover not just in Hawaii but also of other kolea groups who winter farther south on islands in the Central and South Pacific. He has tracked them with GPS and geo-locator tags as they return north via a 6,200-mile route, with about a three-week stopover in Japan to rest and refuel before resuming their journey north to Alaska and Siberia to nest.

The website www.koleacount.org is where residents can register to participate in the Hawaii count and find more information about how to do the tally.

Residents interested in the little count will be responsible for recording the one or two kolea in their home gardens, church lawns and small parks.

People who register to do the big count will be tallying birds in large areas including cemeteries, large parks, athletic fields and school and college campuses and golf courses.

She is hoping to get more golfers from Hawaii’s 75 golf courses interested in volunteering for the count.

The big counts don’t begin officially until Dec. 1 in order to wait for the arrival of kolea chicks making the journey for the first time, many of which will not be arriving until November.

Big count participants are asked to count the birds in their designated area three times between Dec. 1 and March 31 of next year.

Counters of both the little and big areas are asked to answer just four questions: How many kolea are in the area? When do the kolea in that area arrive? When do they leave for Alaska? How many remain in Hawaii through the summer?

Scott says many people interested in doing little counts are already checking in with information about what they call “their kolea,” the plovers who have been coming to their yards year after year.

Many households have given the kolea on their lawns names and taken to feeding them everything from mealworms they purchase at pet stores to small portions of scrambled eggs.

Scott says the protein and fat in chicken eggs is an acceptable snack for the plovers, which spend their days in Hawaii fattening up on worms and insects for the rigors of their return flight to Alaska.

While they are here, they almost double their weight from 4 to 7 ounces for their flights north.

Johnson says kolea have been fed far less healthy foods than eggs. He remembers a worker on Johnston Atoll collecting leftover donuts and bread from the mess hall each day to feed about 100 plovers waiting in the parking lot with no harm to the birds. He said, “Johnston Atoll had very little natural food, the birds were hungry. Probably the scraps gave them needed energy.”

Kolea are a native species that has been in the Hawaiian Islands for more than 100,000 years according to fossil records.

Scott says they are remarkable in their readiness to adapt to modern day living, many not being afraid of cars or noise and loving such innovations as mini golf courses where they find it easier to catch insects crawling across the AstroTurf.

She says the kolea offer a rare opportunity to interact with a native bird when most other native bird species remain hidden away, deep in mountain forests, and are very wary of humans.

Johnson says, “Given the interest Hawaii residents already have in the kolea, the count project seems like a wonderful way to foster even more admiration and appreciation.” 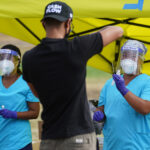 A tip of the papale to MKBH's resident Kolea, who arrive, punctually,  every year. This year they have had to share the bountiful buffet of worms and bugs with the huge number of egret who have taken over the golf course, due to no touri. The Kolea have the beach to themselves and  leave footprints at the water's edge as they dine on ono crab. Mr. Rockefeller and Bob Krauss are up there, smiling.Thanks for this article, Denby.   It gives one hope ...after watching the god-awful news, tonight. Bob Woodward should be treated to a week counting Kolea at MKB!

"Kolea are a native species that has been in the Hawaiian Islands for more than 100,000 years according to fossil records."Wow thatâs something I didnât know. Iâm lolo for kolea. Iâve seen them in so many places with so many surprising behaviors my whole life. What a akamai, astute and beautiful bird. A true original native species. The variety and color of their plumage is reminiscent of Hawaiian pattern designs. Letâs have more kolea news.

It so brightened my day when I saw my kolea appear on August 12. Every time I'm at my kitchen sink I look out the window to see what he's doing and he makes me smile.