Two days of "surge testing" along Oahu's H-3 freeway proved to be an impressive example of multi-agency and community cooperation. 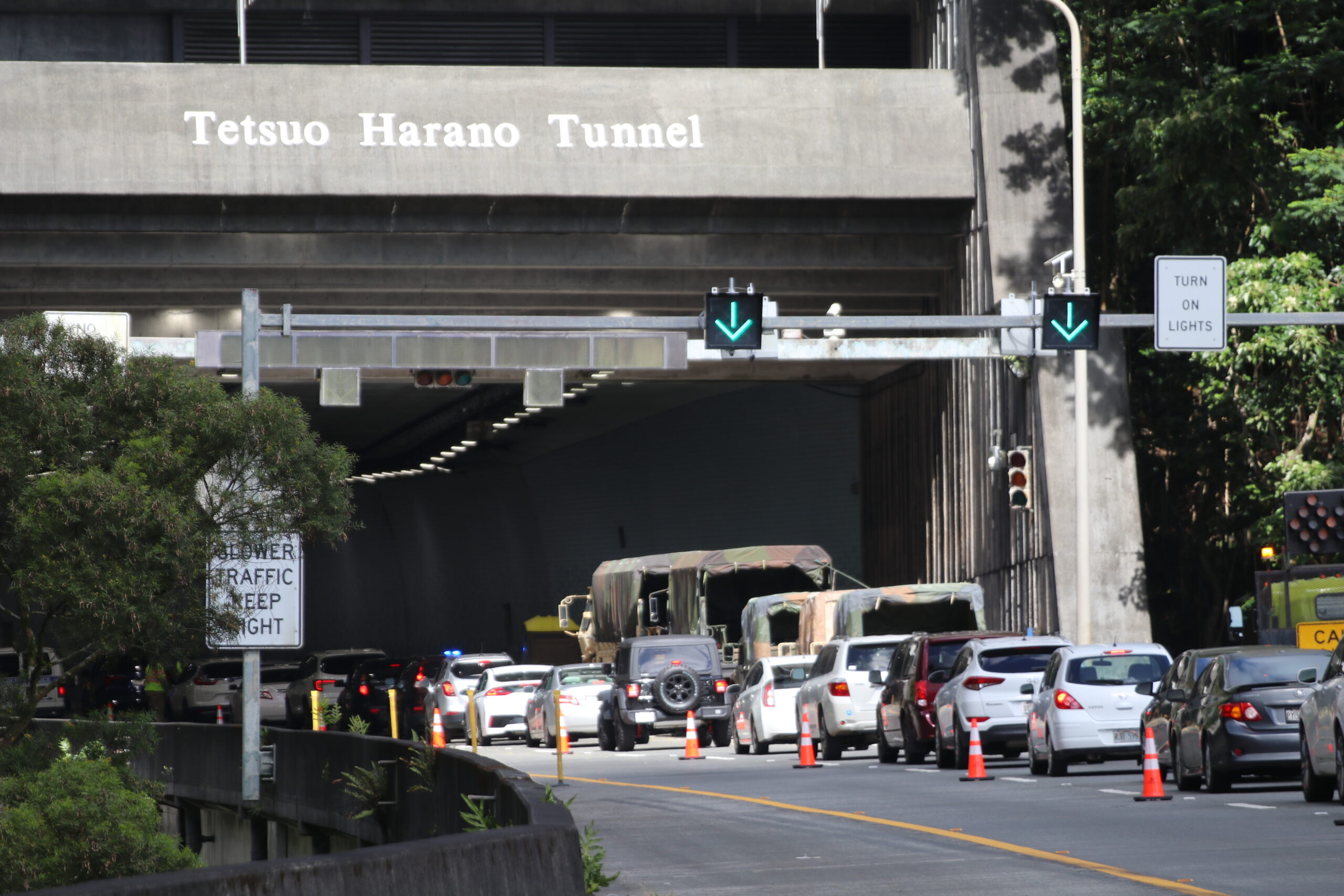 After last Tuesday’s COVID-19 testing operation on the H-3, the call went out for more people to show up for the second day of testing.

“You don’t need a reason to get tested other than wanting to know if you are COVID positive,” Gov. David Ige said. “You don’t have to go into quarantine if you get tested like other kinds of tests.”

This come-one, come-all appeal was very different from the anxiety-driven tests offered to those with symptoms and potential exposures.

So I signed up to go on Thursday, with no sniffles or suspicions, just to see what it was like.

Coronavirus surge testing appears to have been a success, at least for those who waited in line last week on the H-3.

What it was like was impressive. For all the examples of botched leadership and languid testing and tracing efforts, the surge testing last week was the opposite. It was organized, efficient and well-engineered. Put this one in the ‘win’ column for the state.

Coming over from the Kaneohe side, at the beginning of the freeway by the Halekou interchange, four Honolulu Police Department officers sat astride their motorcycles, masks up, heads down, each looking at their phone. They were keeping the peace, and all was peaceful.

There was definitely a police presence, though, about 5o officers, according to HPD spokeswoman Michelle Yu.

Police escorted military convoys from the Marine Corps base. A solo bike officer zipped up and down the freeway keeping an eye on the procession. The left lane was kept for emergency, military and highway operations vehicles. In the 2 hours and 45 minutes I was in the queue, there were four military convoys that made their way from the windward side to the Pearl Harbor side unimpeded.

It was 11:15 a.m. when I had to step on the brake and slow to my place in line about 2 miles from the Harano Tunnels. To the right was the stunning view of Kaneohe Bay and the Marine Corps base. To the left, the slopes and folds of the Koolau mountains. It might have been the most beautifully scenic COVID-19 mass testing site in the country.

The string of cars continued inching forward for a while. By 12:30 p.m., the line was totally stopped. Some drivers just put their cars in park.

Several portable toilets were positioned along the route, little green plastic booths with bright yellow roofs that had a sort of Playskool look to them. As traffic came to a stop, you could imagine thought bubbles popping up from the cars: “Are those luas for us?”  “Can we use them?”  “Do I have sanitizing wipes?”

As always happens in situations like this, it takes a brave one to lead the way.

One lady got out of the passenger side of a car and boldly walked to the portable toilet. Another lady followed, carrying a container of sanitizing wipes. In cars all along the stretch, people figured out how to time their bathroom runs while someone watched their car so they wouldn’t hold up traffic, or they had their passenger slide over to the driver’s seat.

A man got out of his car and started taking video of the incredible view of Kaneohe Bay. He had an actual camcorder, not his phone. This seemed to inspire others, who stepped out of their cars or held cell phones out their windows. Just before the H-3 was opened in December 1997, the state had walking tours of the freeway and people kept saying there would never be another chance to stop and see this view again. Well, you never know.

HPD motorcycle officers kept the peace during the H-3 surge testing. The drive-thru testing was handled efficiently and professionally.

By the time I got to the tunnel, it was 1:40 p.m. National Guard personnel expertly directed traffic. When a space opened in the far right lane next to a check-in station, a guardsman would wave the next driver in. There, test registration sheets were collected and ID’s checked. A test kit containing a swab and specimen vial labeled with the individual’s information was brought to the car, and the driver was directed to continue on through the tunnel to the testing stop.

Drivers were told to put on their emergency flashers as a signal that they were ready with their test kit but had not yet taken the test. After being directed into a testing station, a nurse standing a safe distance from the vehicle gave instructions on how to self-administer the test (swab up the nose, make little circles, hold it 10 seconds, repeat other side … not painful, but a little strange.)

Everyone was masked-up and face-shielded so there were a lot of gestures and visual cues but still, and I swear this made a difference, there was eye contact and encouraging smiles behind all that gear.

Three to five days later, the results come in an email. My email dinged on Tuesday morning to tell me I’m negative. Most in this surge testing were.

In all, it was a reassuring process. For all the trouble Hawaii has had trying and failing to get its act together and keep itself in check since COVID-19 first showed up in the islands, this was an example of a multi-agency mass operation that worked really, really well.

It was also impressive to see so many Hawaii residents lining up and waiting, being good natured, disciplined and generally self-reliant. There have been images in the news of people being grumpy and unreasonable, flagrantly disobeying orders about gathering in groups, or refusing to wear masks, or sneaking out of quarantine. Here were thousands of people responding to the call to get tested, sitting patiently in their cars and then finding ways to, safely, make the best of the waiting.

The take-away message was to take heart. Hawaii isn’t hopeless. It is possible to pull off something pretty cool. 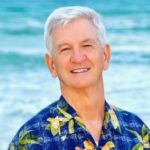 The state use of the federal highway without permit was illegal. But ok, Ige, I see the example you're setting: as long as we have a good idea, we just do what we want ignoring government orders. See you at the beaches.

Lee, another stellar job. Your writing is always captivating and interesting. You make us feel like we're right there with you. I wonder why the Feds were so against us using H3. I would have loved to take my camera out while waiting in line. God bless us all.

Great to see Lee Catalina back in action. ð