Will Kailua Support A Housing Development In Enchanted Lake?

A state law allows the DOE to lease and repurpose underutilized school lands for profit. 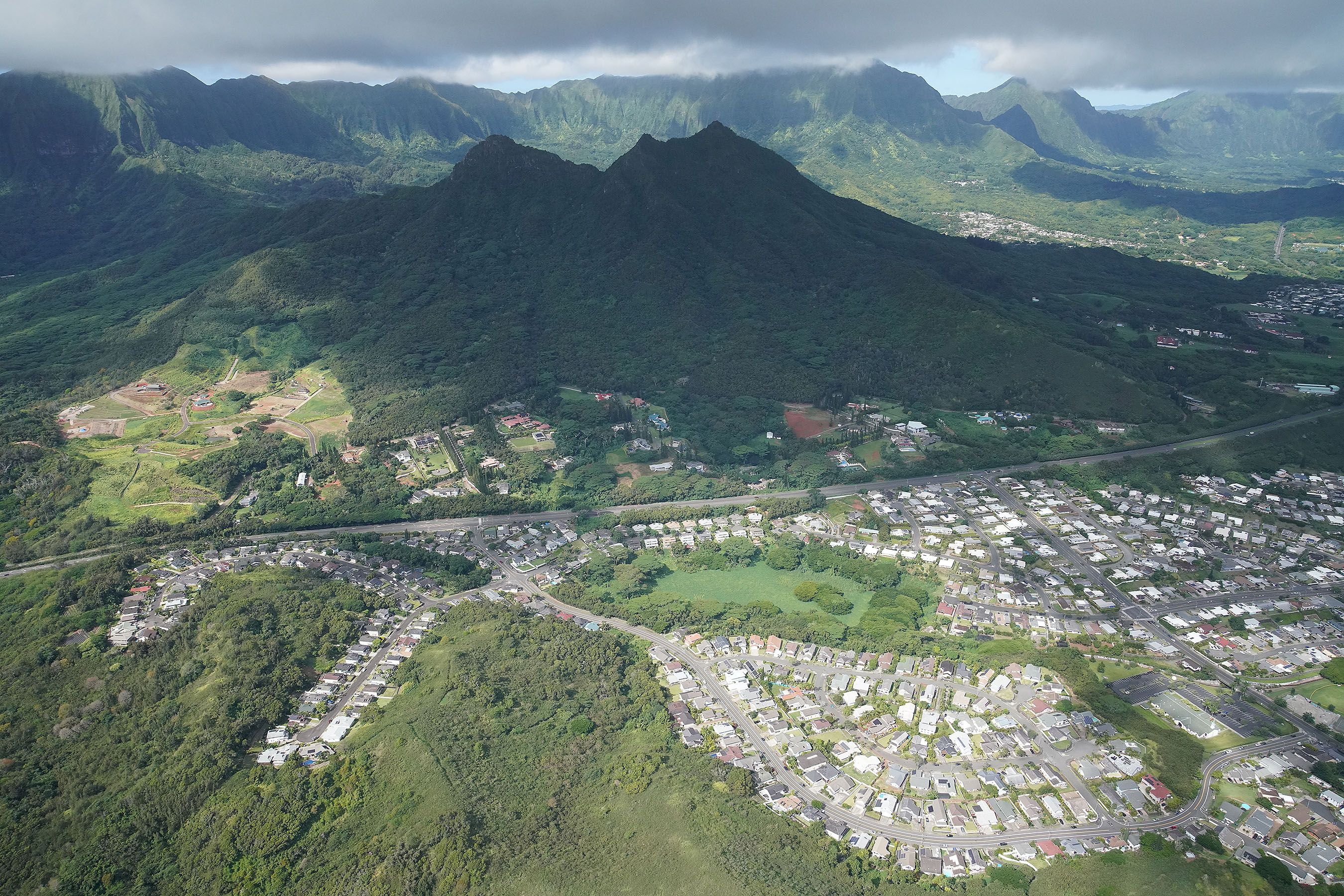 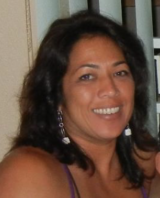 Lisa Cates lives with her family in Kailua and is active in her community. She has two boys that attend public school.

Kailua was always rich in cultural, social, and economic diversity. However, aggressive marketing turned it into a major tourist destination, altering the entire dynamic of the community.

Affluence was no longer exclusive to beach lots and private lanes. Wealthy newcomers to Hawaii purchased and remodeled houses in modest neighborhoods.

Soon, middle class subdivisions were seeing economic disparities between new neighbors and old, along with a shift in values once rooted in Hawaiian tradition and culture. Generational families were among strangers in the only home they have ever known.

Today, a working class salary will never afford homeownership in one of the most expensive zip codes on Oahu. Escalating rent and lack of affordable housing have forced families to relocate to other communities, taking important pieces of Kailua history with them.

Displacing local families not only impacts our neighborhoods, but it has also had a direct effect on our public schools. When families who would normally send their children to free public schools are replaced with those that can afford and choose private education, enrollment takes a hit. When enrollment drops at a public school, so does funding.

Hawaii is the only public school system in the nation that relies upon state funds and not property taxes. Each school’s budget is based on expected enrollment data collected at the end of the year to help the principal strategically plan for the next. The formula is meant to equitably distribute the Department of Education’s budget, however, small schools can find themselves struggling.

One Kailua school in particular is facing uncertainty. Keolu Elementary is one of the smallest K-6 schools on Oahu. Last year in an interview with Hawaii News Now, the principal expressed concern that attendance continues to decline because families can no longer afford to live in the surrounding neighborhood and are moving west.

Sixty percent of Keolu Elementary students qualify for free or reduced lunch and approximately one-third of students are Native Hawaiian.

Less than a mile away, Enchanted Lake Elementary has also seen a steady decrease in enrollment, forcing the large campus to operate well below capacity. In one academic year, enrollment declined by nearly 10%, amounting to a significant decrease in funds. Unfortunately, favorites like art and music are the first to face cutbacks when a budget is overwhelmed.

In November the Board of Education made the recommendation to establish minimum enrollment thresholds for small schools to ensure they are financially viable at the most basic level. If a small school is not viable it may be consolidated with a nearby campus. There are three public schools just in the Enchanted Lake neighborhood alone.

Although consolidation will boost school budgets in the beginning, it does not address the housing issue displacing local families. But one solution could help solve the other.

In 2013 the Legislature passed Act 155, or the 21st Century Schools Pilot Project, which gave the DOE the ability to lease and repurpose underutilized school lands for profit. Revenue generated from these businesses must be used for capital improvement projects to retrofit and modernize aging school facilities and new construction of schools built to 21st century standards.

The year 2021 will initiate the very first pilot project under Act 155. The DOE and the Hawaii Housing Finance and Development Corp. were exploring a model to build low-cost teacher housing but land values were not enough to offset costs. Building workforce housing would require substantial capital investment from the state.

However, private developers utilizing Low Income Housing Tax Credit programs can fund developments if the state leases them the land. If circumstances cause Keolu Elementary to consolidate, maybe DOE could lease the property to an affordable housing developer to construct a new development for Kailua.

But will the community support a housing development in Enchanted Lake?

In March, an affordable apartment complex proposed in Kailua was met with great opposition. The project plans construction in an older neighborhood on a parcel that requires vertical development to make it financially feasible. Plans for the three- and four-story apartment buildings on the R-5 zoned lot will house 73 one- and two-bedroom rental units.

Traffic, density, parking, and congestion are typical concerns with large developments in commercial zones; the Coconut Grove neighborhood, however, functions a lot as it did in the 1960s and residents fear impacts of the project will spill into adjacent side streets and neighborhoods.

Some have implied that Kailua opposes the project because neighbors don’t recognize the overall benefit affordable housing provides the community. Neighbors argue they support affordable housing but the proposed location cannot reasonably sustain a project of that size.

Purchasing a residential property rather than a commercial property saves the developer millions in land costs but at the expense of government regulations meant to protect neighborhoods. When illegal vacation rentals encroached into suburbs, the City Council made the unanimous decision to strictly enforce residential zoning laws that maintain the nature and integrity of neighborhoods.

The year 2021 will initiate the very first pilot project under Act 155.

Kailua residents are hoping lawmakers continue to uphold these fundamental principles and deny requests for land use exemptions that will upset the inherent characteristics of the area. Hawaii needs affordable housing and municipalities have been exploring the use of public lands as an option. Developers looking to build in high-priced communities like Kailua should investigate public land alternatives.

Amendments to Act 155 simplify the process by requiring the city to transfer ownership of school properties to the DOE. Lease limits were increased from 55 to 99 years to encourage private-public partnerships. So far, the only project sites for the 21st-century program are in Central Oahu, but the opportunity to provide affordable housing for teachers and working-class families in Kailua is too great to overlook.

The large 4-acre property at Keolu Elementary is an unconventional choice for affordable housing, but it provides adequate space to comply with zoning laws. One thing is certain, any proposal must be vetted to the public, and community input is vital. Developers don’t need to offset expensive land costs with exemptions if they use public lands.

Affordable housing in Kailua is important in restoring social, cultural, and economic balance in the community, and if done properly, is a great way to generate revenue to finance improvements in our public schools as well.

Note: Keolu is not being considered for closure, and there are many other parcels of state-owned land in Kailua that could be candidates for the 21st Century Schools pilot program. 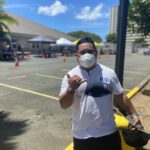 How One Pacific Islander Community Is Responding To The Pandemic

Lisa Cates lives with her family in Kailua and is active in her community. She has two boys that attend public school.

I was born and raised in Enchanted Lake, and still there now living in my childhood home with family because that's the only way any local can survive living in Kailua.  I have watched this sleepy country town change into a large tourist destination over the years, and it's rough, so I understand the push back that happens when they want to build more.  The decline of students isn't only because younger generations are leaving, it's because the majority of the housing became vacation rentals, so no families were there full time. We have so many monster houses, still being built all over. The residents have been duped before with projects dubbing themselves "affordable housing" (Ka Malanai).  So trust will never be there again. I mean they took away the real affordable housing to build not affordable housing and now say hey this town needs it, well then they shouldn't have taken it away to begin with.  But teacher housing on school grounds would be ideal.

I've lived in Enchanted Lake since I was 10 and I wouldn't mind seeing new housing built. It wouldn't affect my life at all.