Denby Fawcett: The Joy Of Voting For A Trump-Free Future - Honolulu Civil Beat

Denby Fawcett: The Joy Of Voting For A Trump-Free Future

In this time of uncertainty, my personal hope is for a president with a steady hand to steer the canoe through tumultuous waters. 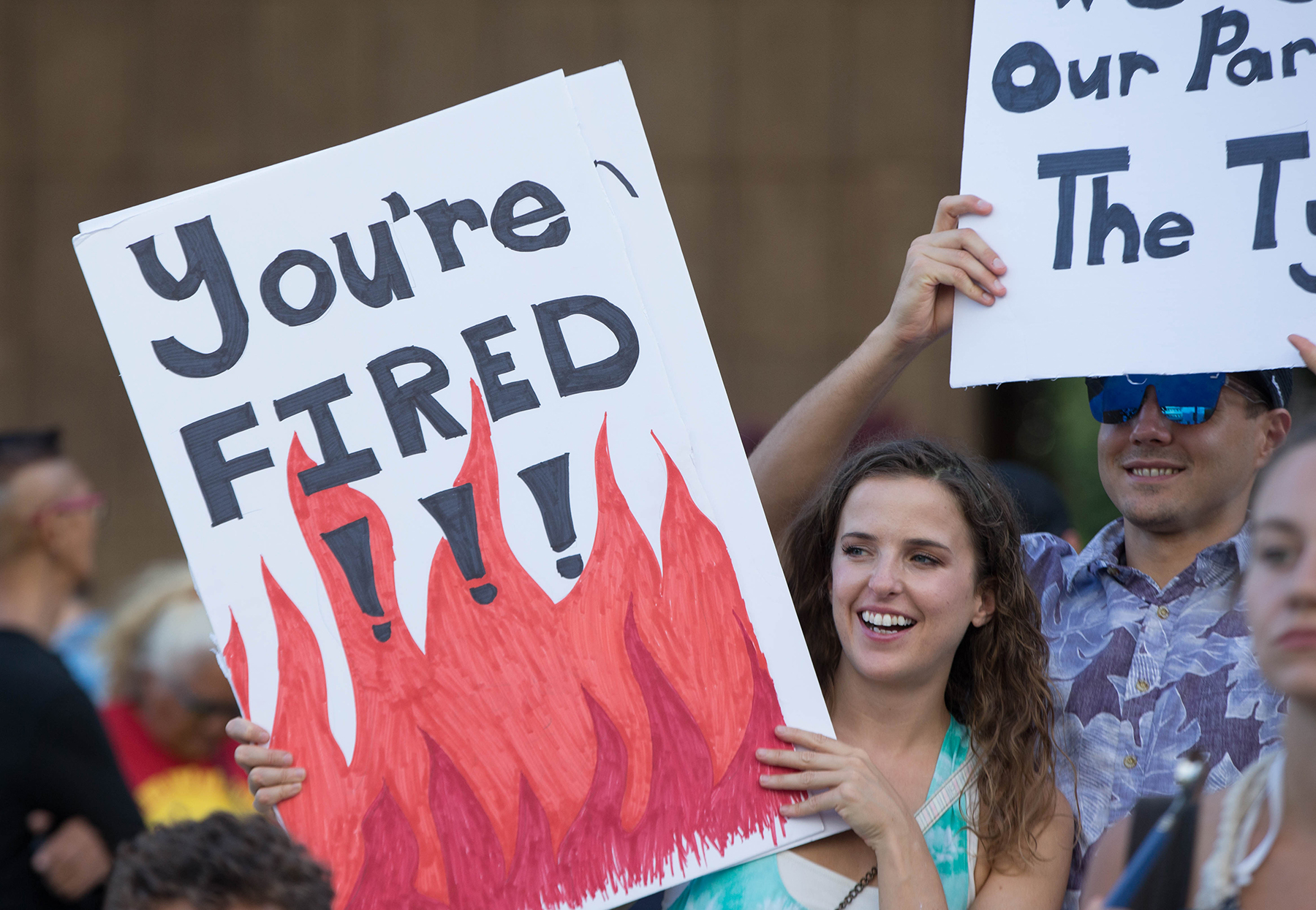 My ballot arrived Friday and I am voting today in anticipation of better days ahead — devoid of drama, misinformation and hate.

Even though a presidential vote cast in Hawaii will never be crucial to the outcome —  the state is too small with only four Electoral College votes — I am proud to participate.

I want to feel like I did my part to get rid of a tyrant.

It is sad to admit but Donald Trump has brought out the worst in some people, including me.

There is a narrow band of world leaders it has been acceptable to hate, including Cambodian dictator Pol Pot, Joseph Stalin and Adolph Hitler.

Yet, I can’t help despising Trump when I hear him dismiss the coronavirus that’s killed more than 212,000 Americans as nothing or read about him referring to Americans killed in wars as “suckers” and “losers.”

With more time in front of a laptop than usual during the pandemic, I read more, get madder and then recoil at the unacceptable notion of hating another human being, unless, of course, it is Pol Pot, Stalin or Hitler.

Apparently others are suffering from Trump-loathing, and recently from something sadder: for rejoicing when they heard the president was stricken with the coronavirus.

Writer Michael O’ Loughlin in “America: the Jesuit Review” said that a few Catholics, who were gleeful when they found out about the president’s COVID-19 diagnosis, now wonder if they need to go to confession.

Trump has tainted people, making them harbor unkind thoughts they might never have thought before when hearing about a man with a family suffering from a lethal illness.

After Trump tested positive for the virus, the dictionary publisher Merriam-Webster announced that searches increased 35,000% for the term “schadenfreude,” a word borrowed from the German language meaning “enjoyment obtained from the troubles of others.”

Trump, who came woefully unprepared to the presidency, had four years to learn how to be a leader but he failed, devolving each year into a more belligerent bully.

The pandemic became a showcase for his weakness.

He ignored his own government’s health guidelines, scoffing at mask wearing and shilling as a miracle cure discredited medicines such as the malaria drug hydroxychloroquine, and even proffering the idea of shooting up with household disinfectants to fight the virus.

Then he got sick himself along with at least 34 others in the White House.

Trump discredited not only Black people protesting the execution of George Floyd but members of his own staff who wouldn’t embrace his increasingly whacky ideas.

As mentioned, Hawaii  rarely gets  much attention in presidential election campaigns with its four electoral votes compared to California’s 55 votes, Texas with 38, Florida’s 29 votes and Michigan and Ohio, each with 18 votes.

I speculate that Trump’s mean-spirited ineptness during this pandemic is a key reason that Hawaii’s liberal voters are quickly mailing in their ballots — to wish the president a firm aloha, the kind of aloha that means get out the door and don’t come back.

And the outcome of any presidential election here is boringly predictable.

Hawaii has always elected the Democratic candidate except for 1972 and 1984 when islanders voted for Republicans Richard Nixon and Ronald Reagan, respectively.

What’s different and exciting this year in Hawaii is the unexpected surge of 150,000 new voters registering for the August 2020 primary election.

That’s a 17% hike in ballots mailed in for the Hawaii primary compared to 2016, the last primary in a presidential election year.

The Aloha State has had the lowest voter turnout in the country for a long time.

If the new increase in registered voters is tallied as a percentage of the total number of Hawaii’s people eligible to vote, including people not registered, Hawaii has  a 40% increase in turnout, putting it ahead of high voter turnout states like Colorado with 38% turnout.

In a recent Civil Beat article, political scientists Colin Moore and Neal Milner wondered if the increased voter interest is because it’s the first time Hawaii has had all-mail voting.

Or if there are other reasons for the unprecedented enthusiasm, including compelling events like the TMT protests, Black Lives Matter and the upheaval caused by COVID-19.

I speculate that Trump’s mean-spirited ineptness during this pandemic is a key reason that Hawaii’s liberal voters are quickly mailing in their ballots — to wish the president a firm aloha, the kind of aloha that means get out the door and don’t come back.

Moore and Milner say this presidential race is also generating new interest not just here but across the country: “Much of it seems to be driven by fear and loathing of the other side, a negative party identification.”

It is fine to talk about voting out of fear and loathing, which is the initial driver of my own vote this year: to boot out a president whom Michelle Obama charitably described at the Democratic National Convention as “clearly in over his head.”

But voting in America is an obligation much more profound than just getting rid of a jerk.

Casting a vote is an expression of faith and hope for a better future, not only here but in almost every country, no matter how wishful the desire.

I remember Vietnamese villagers during the war walking for miles from their tiny hamlets to vote even though the election’s outcome was rigged to favor the current corrupt leaders. The villagers still had hope.

In this time of uncertainty, my personal hope is for a president with a steady hand to steer the canoe through tumultuous waters.

We need a calm leader with a clear vision to bring light to the darkness of the economic downfall and to work closely with scientists to curtail COVID-19 infections and death in what’s expected to be at least another year of the pandemic.

Hawaii may not be a big force on the national political stage but I am happy to be a small player in the drama to elect a leader who will respect each of us and help us to return to our better selves. 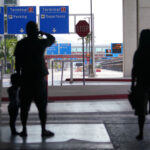 I appreciate & empathize with some of your feelings, Denby. I'm not a Trump voter; not Biden either. (Not voting for prez isn't my norm.)  But I ask you to reconsider what you opened & closed with: that Trump has "brought out the worst" in us, that he "tainted us, making us harbor unkind thoughts," and that electing a different leader will "help us return to our better selves." I'm guessing you actually know better than this.  If Trump--or any person--brings out our worst ... it means the worst was already there inside of us.  And no one "makes" anyone think an unkind thought, let alone harbor it once it's hatched.  You're giving away far too much power to other people if that is happening. Our thoughts, our actions, and the feelings we harbor and grow--that's our kuleana, not anyone else's. We all need to prepare now, to pono our hearts and minds, to prepare to live well, live pono--no matter who gets elected! Because a different leader, even a "better" leader in the White House, won't make us better people. The president is not a Higher Power, not even the president of these somewhat United States.Let's be well. Together.

The most unhinged commentary I've seen yet on CB.  But nothing new from the left.  Here's to hoping CB can find a truth-loving classic liberal to post much more interesting op-eds.Anyway, I think OhanaLobo's comment is spot on.  I didn't vote for Trump (or Hillary, gross..) the last time, but I am very glad to vote for him this time.

I wonder if Biden may win partly because people are just tired of all the drama and machinations. For me, this election canât be over soon enough. And to some degree itâs a referendum on the American people themselves.