Lee Cataluna: Protection For Renters Can Be A Nightmare for Landlords - Honolulu Civil Beat

Lee Cataluna: Protection For Renters Can Be A Nightmare for Landlords 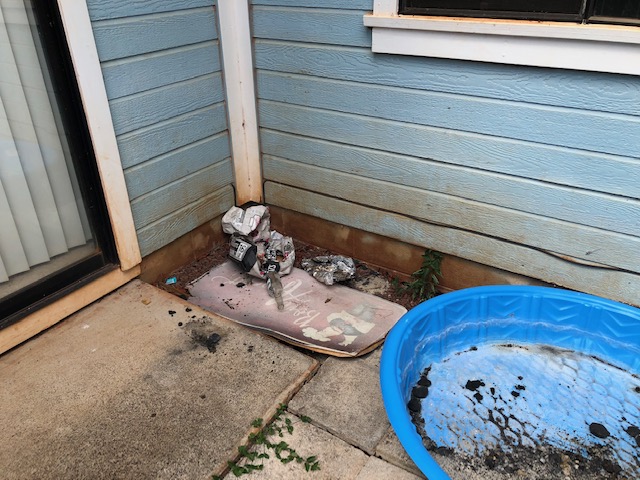 In April, when Gov. David Ige put in place a moratorium on rental evictions, the intention was to protect earnest renters who had lost their jobs because of the pandemic from being tossed out on the street by heartless, greedy landlords.

Landlords are so often depicted as heartless and greedy, as though offering a housing unit for rent is an essentially ruthless thing to do.

But people are complicated, and not every landlord is cruel. Not every tenant is honest. Not every helpful proclamation helps the little guys.

Last fall, Selina Lewis and her husband rented their 3-bedroom, 2-bathroom house in Kapolei to a family of four for $2,800 a month.

The first sign of trouble came in April, when the rent was due but went unpaid. Lewis waited a few days, and then sent an email to ask what was happening. The tenants responded, saying that one spouse had their hours cut at their job, and the other was immunocompromised and couldn’t work. They said they could pay part of the rent later in the month.

Lewis asked for a letter from the employer confirming the loss of wages.

“I followed directions. I didn’t invade their privacy. I just asked for documentation of hardship,” she said.

The rent was late again in May and June, but Lewis didn’t charge late fees. She figured they were struggling. She asked again for documentation of hardship and whether they had applied for rental assistance.

“Their answer was, ‘We’re very offended by your questions,'” Lewis said.

Meanwhile, the bills were piling up for Lewis and her husband. Their youngest son is in college. They have the monthly mortgage on both the house they live in and their rental house. They had to cover the costs of owning a rental property, such as insurance, property tax and general excise tax.

Lewis, who is a notary public for mortgages, applied for but was denied forbearance on the mortgage for the rental house. She thinks that’s because they refinanced the loan last year.

In July, the tenants paid only half the rent. At that point, the reasons they gave for not paying started to pile up: There was a family emergency. One spouse had to leave town and the other didn’t have access to the money. Then the said they were in quarantine and couldn’t leave the house to mail the rent check.

The rental house is next door to Lewis’s house. She asked if they could just put the rent check in the mailbox. The tenants said no, they didn’t want to infect anybody. Lewis started to suspect they were taking advantage of the situation, living rent-free because they could.

The rent checks stopped in mid-July, and so did the communication from the tenants.

“We did everything right and followed the law. But we’re the ones being hurt by this.” — Selena Lewis

The one-year lease was to expire at the end of September. Lewis notified the tenants in August that she would not be renewing their lease. However, according to the state Department of Commerce and Consumer Affairs, expiration of a lease is not grounds for eviction during the state’s moratorium. Tenants can stay on, incurring rent debt, but they cannot be evicted.

The state is even hinky about a landlord asking a tenant to leave. Instead, they suggest landlords and tenants to go through mediation.

In the middle September, the Lewises saw their tenants moving out.

Lewis contacted them to schedule the final walk-through of the house on Sept. 30. She got no response. Instead, she got a package in the mail containing the keys to the house and the garage door opener. That was the last she heard from them.

When she did enter the property, she found what every landlord dreads. The windows in the house had been left open and the wind and rain had come in, staining the carpet and damaging the blinds. The tenant had turned off the electricity but left food rotting inside the fridge. The house reeked of cat pee, though the lease specified “no pets.” It looked like someone had started a fire in the toilet. The back yard was littered with beer bottles.

The tenants had left behind various items, and according to Hawaii law, landlords can’t just toss those things in the trash. They must mail a notice of intent to the tenant’s forwarding address and put a notice in the daily paper for at least three consecutive days.

Lewis took photos to document the damage, wrote a detailed letter, and sent it via certified mail, to both a P.O. Box address she had for the tenants and to the address where one of them worked. The letter explained why she was keeping the security deposit, though the cost for new carpet, blinds and repairs will go well over the $2,800. She got no response.

She’s not sure if she wants to fix up the house and rent it again. It seems risky right now. Hawaii’s eviction moratorium has been extended through November.

She feels lucky that the tenants decided on their own to move out, but it’s a rueful sort of luck when you realize things are bad, but not nearly as bad as they could have been.

“We tried to be good landlords,” she said. “I feel like we were the nice guys. We did everything right and followed the law. But we’re the ones being hurt by this. I know I’m not the only one.”

Meanwhile, her daughter has looked up the former tenants on social media. They recently bought a food truck. 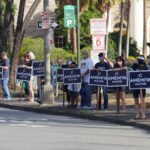 What if the owner decides to sell their rental? Assuming they are not breaking a lease, does the moratorium deny them the right to ask the tenants to leave or evict them if they refuse to vacate?

This article stimulated a very interesting discussion below.  The housing market from single family homes to multi-unit structures, is all connected, and it's interesting to consider the impacts of the moratorium and covid-related unemployment.  Implosion of the rental market will be balanced by units being taken out of the rental market and converted to homes for retirees.  In the long-term it looks like even tougher circumstances for working people.  It doesn't take many Californians to heavily impact Hawaii's real estate market.  But we'll still need people to do the work. Where will they live?

As a renter here in Hawaii, I know first hand how hard it is to find an affordable rental that doesn't require you to work three jobs. Tenants who take advantage of this moratorium, unless they truly need it, are fools because deferring rent is a sure path to homelessness, especially here in Hawaii where the option to buy is virtually non-existent for most of us.