Without Data And Stress-Tested Protocols, It’s Foolish To Reopen Hawaii

A poorly planned COVID-19 response will ultimately cause further harm to our hospitality industry workers. 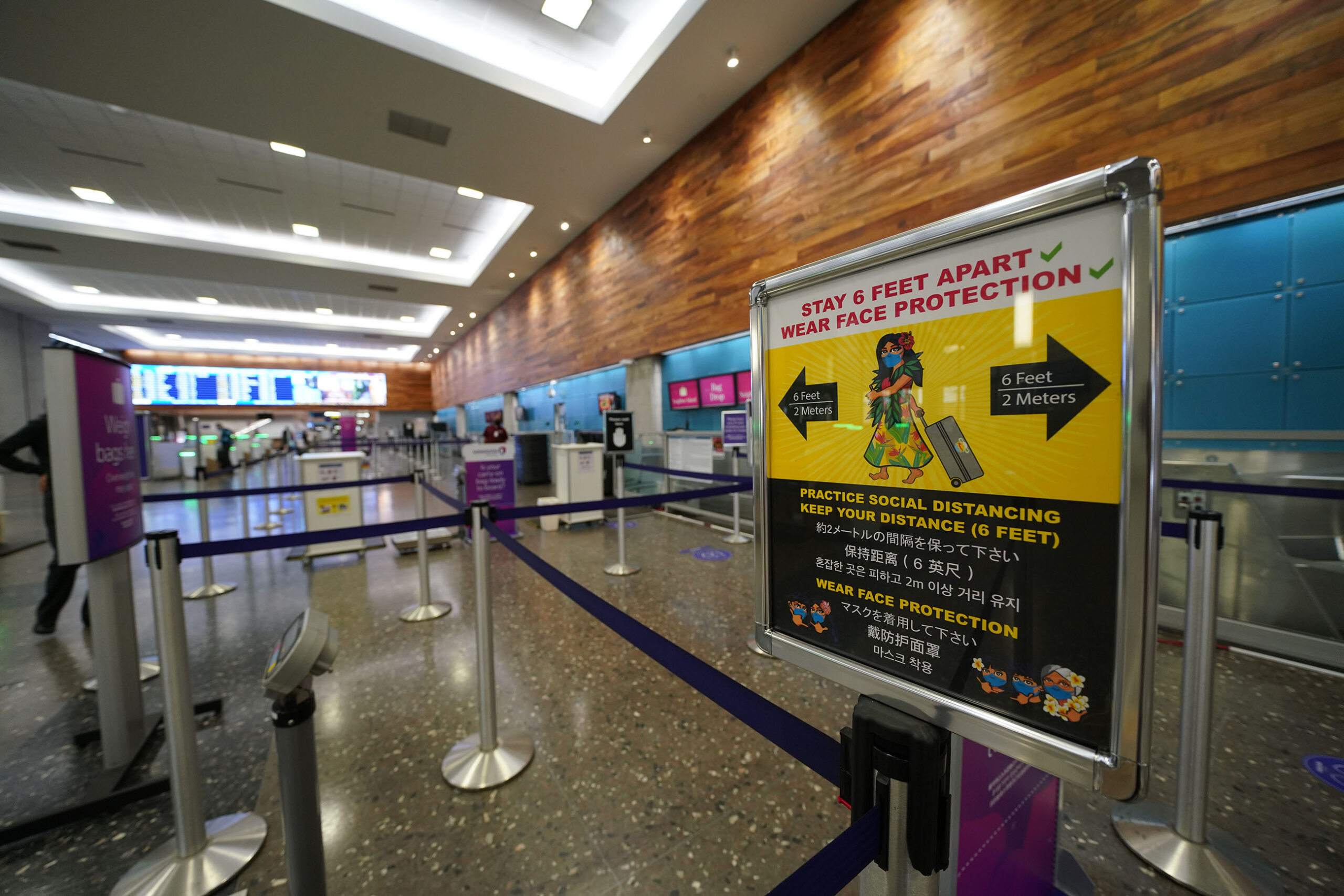 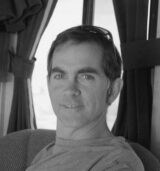 Why are we sabotaging a successful reopening with a single test that others have proven won’t work?

A recent, extensive report in the New York Times described a single test plan as “useless.” No industry (film, sports, etc.) uses it.

Tahiti, with a preflight test and a second self-administered fourth-day test, proved a second test too soon, and no quarantine, doesn’t work. Since they reopened July 15, they went from “COVID free” to 1,300 new cases in the last month alone, with uncontrolled outbreaks islandwide.

Multiple studies have shown that a PCR test will at best (day eight after infection, on average) catch about 79% of active infections. Given anyone who is infected when getting on a plane to Hawaii will be either pre-symptomatic or asymptomatic, and generally younger (more likely to be asymptomatic), we’ll be lucky to identify even 50% of infected travelers.

Yet we power forward with a “damn the torpedoes” approach that I haven’t heard a single physician (outside of political office) support. Recently we were told that asymptomatics are “very low risk” and we really don’t have to worry about asymptomatic travelers. That simply doesn’t match the science.

I’ve also heard that travelers don’t account for most cases. That’s true, most cases are community spread, especially with minimal surveillance testing and slow contact tracing. But obviously 100% of new “seed cases” come from travelers. One of the things we’ve learned from this pandemic is that patient zero matters, as they seed the future clusters that simmer and then clobber us later.

We all recognize the pain caused by a closed tourist economy, but efforts to reopen based on a date, and not data and stress-tested protocols, is going to backfire. Outbreaks at tourist hotels will mandate case investigation, isolation of cases, quarantine of all contacts, and hotel closures. This will not lead to a sustained reopening of tourism. We’ll soon be locking down again, after many more avoidable deaths.

It has unequivocally been shown that a poorly planned COVID response will ultimately cause further harm to those we are most trying to help: our hospitality industry workers.

In recent months we’ve failed dismally to protect our loved ones. We need to collectively own this. We’ve relied on an unenforceable “honor system” quarantine for arriving travelers. We’ve failed to acquire enough testing and contact tracing capacity to contain new outbreaks.

We’ve allowed preventable, unconscionable explosions of cases in the Pacific islander community, in our inmate populations, and now with our veterans, some of whom are dying alone. In three months, we’ve squandered the benefits of our remote location, and amazingly good numbers last spring, through hubris and a lack of attention to detail.

We need to embrace this reality in order to fix it. Replacing a couple of department heads is not enough. We need a change of heart and a commitment to science-based decision making, and we need to aim for a much higher bar.

Announcing a reopening based on an arbitrary date, and without consulting the neighbor island mayors, is not the right approach. Blanket guidelines that treat all islands the same also make no sense. On one extreme we have Oahu with over 6,400 known active cases, and on the other, Kauai, with zero, making it the only kipuka of its size in the U.S. Each mayor should be fully allowed to modify it for their local conditions using metrics, scientific benchmarks, and actual resources on-hand.

Why are we still aiming so low?

As a parent I was happy to learn that our Department of Education was publishing reopening metrics based on the CDC recommended framework. They in fact copied it almost exactly — except for one astounding thing.

For children in Hawaii, they adjusted the scale from “cases per 100,000” down to “cases per 10,000.” If you catch that missing zero, you realize that California kids don’t go back to in-person school until their county has had under seven new cases per 100,000 residents for the prior two weeks.

Yet Hawaii-based kids (and educators) are expected to take 10 times the risk by returning when there are under 70 new cases per 100,000. Do we really want to expose our keiki — and their families and teachers — to 10 times the risk California finds acceptable? Especially given we have less access to hospitals, medical staff, ventilators, PPE, testing capacity, and a solid contact tracing infrastructure?

This pandemic presents us with a serious medical challenge, which is indeed closely intertwined with our economic health. To beat this we need thoughtful, cautious deployment of stress-tested protocols designed and approved by locally based doctors, with clear metrics that are closely monitored with robust surveillance testing of asymptomatics.

A few countries have demonstrated what it takes. Most have shown us what doesn’t work. Why on earth would we not strive to learn from them all?

The single pre-flight test idea was first floated in May, when state Rep. Bob McDermott released his “Making Hawaii Safe For Travel.” At the time we were assured that nine critical steps would be taken to ensure the safety of our citizens.

Those steps ranged from requiring the airlines to monitor and transmit negative test results, to weekly testing of visitors and visitor industry workers. A central recommendation was to administer a second test on day seven — now unmentioned.

We still have time to change course.

Only one step has since been implemented — temperature screening at the airport — a methodology since proven to be ineffective and recently removed from the CDC’s guidelines.

None of those other eight steps have been implemented, much less discussed by our leadership. Those steps, along with many other prudent precautions we’ve since learned of, certainly won’t be in place before Oct. 15.

We still have time to change course.

Before reopening, we need to acquire sufficient supplies of tests so that we can require, at the very least, a second, post-arrival test before releasing travelers from quarantine. That test should not be given sooner than the seventh day after arrival, which means a strict, 7-day quarantine for those who hope to test out.

Why at least seven days? Test on day four and you’ll miss virtually everyone who caught the virus along the way to Hawaii. Five days after infection, the gold standard PCR test still misses around 38% of those infected.

At seven days you at least get closer to 75%. This is why, in fact, countries like New Zealand haven’t reduced a strict 14-day quarantine — it remains the only way to fully contain the virus.

With these modifications, coupled with a far more robust contact tracing system, we might stand a chance at reopening safely. But the single test plan is a recipe for disaster, as Tahiti demonstrated, even with a second test on day four. However much we all wish it were otherwise, to proceed as planned is a fool’s errand. 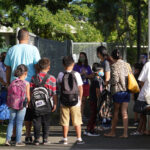 Eric Stinton: It's Time For Some Kids To Start Learning In Person Again

"Why are we sabotaging a successful reopening with a single test that others have proven wonât work?"This is the easiest question to answer in the entire covid saga. The state government is running out of money. Q2 tax collection was down more than 700 million and Q3 when it posts will be even more dismal. The choice is no longer public health vs private industry/small business now the choice is downsize the government vs public health.  There is no testing scenario that works well and big government will make the choice to protect big government every time.

There is a lack of testing on Kauai.  Why is that?  Is there some unexplainable political reason for this?

As an island resident, in addition to wishing for tourism to resume so that there is a reasonable revenue stream, I also wish to travel. Many places are, arguably, SAFER than here. That said, we all take our chances every day - people die unexpectedly from things OTHER than COVID. I don't want to waste my life in lockdown then die of a heart attack / car accident / falling tree / poisonous bug sting or any of a million other things because our leaders have their heads firmly planted in their okoles.