Lee Cataluna: Billy Kenoi Is Back With A Powerful Message - Honolulu Civil Beat

Lee Cataluna: Billy Kenoi Is Back With A Powerful Message

There's been a lot of buzz about the former Hawaii island mayor's speech on resilience. 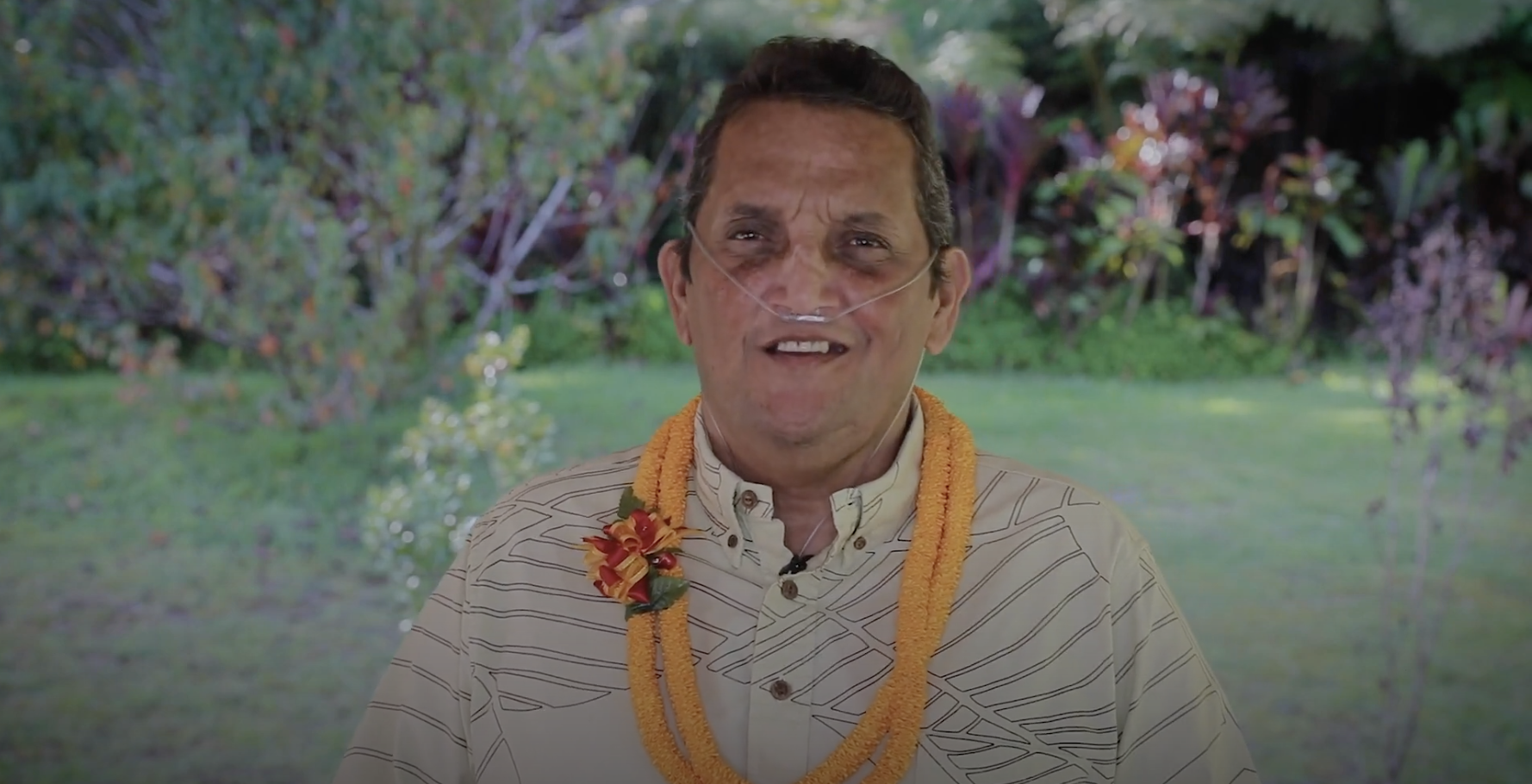 Billy Kenoi wants you to know that anything is possible.

He speaks from first-hand experience.

The former Hawaii County mayor’s speech to the Chamber of Commerce Hawaii on Nov. 6 generated quite a bit of excitement. This was not a “wear a mask, wash your hands, we’ll get through this” recitation. It was an inspiring sermon, a reminder to everyone in Hawaii that we’ve gotten through hard times before and we will again.

The virtual speech, recorded from Kenoi’s home in Volcano, was streamed to the event attendees and was, by many accounts, the best pandemic pep talk they’ve heard.

“Here in Hawaii, our kuleana is our kuleana. Our values, our existence on an island community 2,500 miles from anywhere else in the world, is our strength. All we have to do is look to each other for the solutions to the challenges we’re facing.

“When we think about it, we don’t need to send our capital offshore. We don’t need to spend our money online. What we do need to do is to take care and invest in our friends, our families, our neighbors and our community,” Kenoi said.

It’s hard to put a finger on why it was such a great speech. What he said wasn’t anything new. He has always talked about hope and grit and pulling together. It was the way he said it. It was how he looked.

What is ever-present but unspoken in Kenoi’s 12-minute video is the condition of his health. It is the underlying theme that gives credence to his message of resilience. He’s proof that anything is possible.

Kenoi, who served as Hawaii County mayor from 2008 to 2016, was diagnosed with a rare blood cancer, myelofibrosis, in 2015. Over the last five years, he went through a bone marrow transplant, organ collapse, a 17-day coma and too many complications to count. His family was told several times that he was going to die, but each time, he rallied.

At one point, in 2018, the Hawaii island community gathered by the hundreds in Hilo and Kona and online in a massive prayer effort for his healing as he lay close to death in a California hospital. Kenoi says that was the moment he turned the corner.

“There is no medical reason for me to be alive right now,” Kenoi said in a phone interview last week. He describes his current status as, “I live day by day.”

Kenoi didn’t talk about any of that in his speech. It was just there in the background, a testament to what’s possible, whether his audience knew the whole story or not. He didn’t mention the oxygen tube attached to his nose. He looks different after his ordeal, but he looks energetic. His skills as an orator and his ability to think on his feet are as sharp as ever.

He also didn’t mention his court battle in 2016, in which he triumphed over charges of theft stemming from admittedly sloppy accounting and mixing personal finances with a county credit card. His acquittal was a vindication, but he doesn’t want to talk about that.

What he did talk about was Hawaii’s children.

“You have to always find the issue that all people agree on,” Kenoi said. “It’s always about the kids. There’s no Anti-Keiki Coalition. There’s no Against Ohana League. Everything connects to what we all can agree on.”

Kenoi argued in his speech that healthy businesses are the backbone of healthy families.

“Businesses can’t be vilified and villainized as a bunch of greedy guys trying to make money. That’s how we clothe our kids. That’s how we send them to college. Healthy businesses mean healthy families.”

He talked about the recession of the late 2000s and how dire those days seemed, and how the community worked together to come out stronger on the other side.

“Here in Hawaii, our kuleana is our kuleana. Our values, our existence on an island community 2,500 miles from anywhere else in the world, is our strength. All we have to do is look to each other for the solutions to the challenges we’re facing.” — Billy Kenoi

Kenoi was asked by Sherry Menor-McNamara, president and CEO of the Chamber of Commerce Hawaii and his friend from high school days at Waiakea, to give the opening speech at the annual event.

He thought he could get through a 10-minute speech without the oxygen tube but then decided against it. “You have to always be authentic,” he said. So he kept the tube and gave a speech that transcended the distraction.

Some of Kenoi’s past speeches, his “greatest hits,” are posted on YouTube and are thrilling to watch, like when he made an entire room of tourism leaders laugh at themselves for “rebranding aloha” or when he told a gathering of Hawaiian men the meaning of his middle name. His graduation speech to Hawaii Pacific University in 2014 is a classic. If you haven’t seen those speeches, do yourself a favor and watch them now. There is no one who can do what he can do. Still.

Kenoi says he’s working on “little projects to keep my brain going,” like updating a classic 1970s handbook on how to run a political campaign in Hawaii that he recommends to every political hopeful who comes to him for advice.

This summer, he was a panelist for a policy discussion sponsored by the Daniel K. Inouye Institute. He loves talking politics, but says his focus is solely on his wife and three children, who are now in their 20s.

He has no plans to run for office. He is, however, willing to help when he’s asked, like when Menor-McNamara asked if he could give a speech about hope.

“Everybody is scared,” Kenoi said. “I thought about what I could say to help people be less scared.” 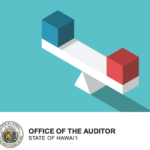 Tom Yamachika: Why Doesn’t The State Know How Much Money It Has?

I notice a lot of comments hold his personal ethical lapses in the past as a reason to be distrustful of anything about Billy Kenoi.  Putting these judgemental feelings aside a measure of a person's worth in our community is how they conduct and express their honest feelings about the challenges we all face.  In that sense, brother Billy speaks from a place of refreshing clarity and integrity.  I applaud him for his willingness to contribute selflessly in any way possible to uplift and encourage us all to persevere.  Mahalo Billy Kenoi.

I have been in meetings with Billy Kenoi on several occasions regarding issues in the Puna district.  He could be charming, but he could also be thuggish when challenged or when he thought he wouldn't get his way.  The whole thing with the county credit card was the result of hubris, pure and simple.  Billy wanted to live big, and there was that credit card, so why not.  When he paid back the $31,000, he said he had to use the county card because he didn't have one of his own.  You have a job paying $100,000+ per year, and you can't get a credit card?  That alone was an alarm bell.  As for the prosecution, here on the Big Island we all knew that it was designed to end Kenoi's political career and not to convict him.  There were people who didn't want him running for higher office, and that was for selfish reasons, not for the greater good.  In the end, it all worked out.  I don't wish him ill and hope his health continues to improve.  I'm just glad he's out of politics.

That was nice! Billy left my view in a dim light. But, over the years, I have noticed the growth and his ability to bring people together. He may be the Leader we need! Wish him the best!