Tom Yamachika: Why Doesn’t The State Know How Much Money It Has? - Honolulu Civil Beat

Tom Yamachika: Why Doesn’t The State Know How Much Money It Has?

The state has special funds that are sitting idle and holding hundreds of millions of dollars. 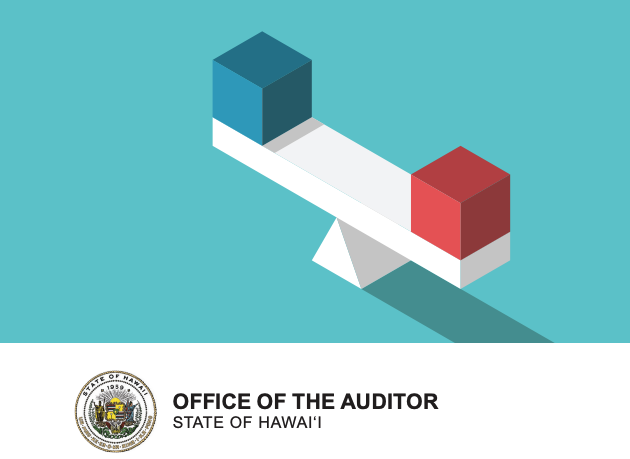 For most of us, if we are asked how much money we have (perhaps by a bank or a credit union that is considering lending us money), answering the question isn’t terribly difficult. Look up a bank account or two, add a brokerage account if we are fortunate enough to have one, and we go from there.

For our state government, apparently it’s not so easy. Not only do the state accountants need to deal with general funds and the money there, but we have hundreds of special funds — little pockets of money held for different purposes.

Sometimes there is a law establishing the special fund, sometimes not (agencies can and do establish funds administratively).

In an attempt to keep track of the money, the Legislature passed a law requiring agencies to report on the special funds they have, and then they sent the state auditor to check up on the agencies to make sure they did that.

According to the auditor’s reports, some of which we have covered in this space, sometimes agencies comply with the law, sometimes not.

And there are no real penalties for disobeying the law.

Does it matter?  Well, consider Auditor’s Report No. 20-08, which concluded: “More than $483 million in excess moneys may be available to be transferred from 57 special and revolving fund accounts to the General Fund without adversely affecting programs.”

That report followed another report, No. 20-06, which “identified $2.28 billion within 257 accounts associated with departments’ special and revolving funds that either had no financial activity during the past five fiscal years (FY2015 through FY2019) or had fiscal year ending balances that were significantly more than necessary to support the associated programs, based on the funds’ average outflows over the past three fiscal years.”

There are idle funds holding money. Lots of money. And these are only the funds that the auditor knows about.

Les Kondo is the state auditor. His office has identified excess funds in dozens of state accounts.

If our government wants to take extreme measures like cutting back on core services and asking Joe and Jane Taxpayer to dig ever deeper into their pockets, there better not be millions or billions of dollars just laying around.

So, what we need to do is something a little more radical to make sure we know where the money is.

Let’s pass something that says that ALL funds — general, special or revolving, statutory, administrative or anything else — are maintained by the Department of Accounting and General Services (DAGS), the folks who are supposed to cut all or most of the state’s checks now.

Agencies can spend the funds to the extent they can do so now, but DAGS gets the bank statements.  Of course, if the Legislature doesn’t like the extent to which a certain agency is spending money, it can change the law.

If an agency tries to pull the wool over DAGS’ eyes, the responsible party can be punished for theft. People can go to the hoosegow for that. By the way, our law (HRS sec. 708-830) already defines theft to include “failure to make required disposition of funds.”

Once we have a single agency responsible for keeping track of all the state’s money and once we have measures in place to ensure that other agencies aren’t stashing cash in a closet somewhere, we should be able to figure out how much money we have.

Then we, as the public, can have more confidence that our government can figure out its financial condition and tell us the truth about it. 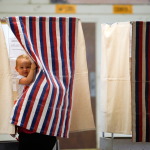 The Office of the State Auditor is where the responsibility for auditing should be analyzed andgovernment employees made accountable.  The problemis the Auditor has no teeth.  The various departments canrefuse to supply information and no penalty can be accessed.  The Auditor must be backed up by the AGoffice for this plan to work.  Until this happens nothingwill change.

Because it's a secret, Tom. That way we can just pass a budget and spend with no worry.

Thanks Tom for another great and informative story. Thought to add to this by addressing the 'system' that would need to report on these Special Funds.There was a major IT project to 'upgrade' the State's accounting and financial system several years ago, both software and hardware.  The current FAMIS system, the accounting and financial system currently used, so outdated (50 years old or more), extremely slow, and requires double entry (by the different agency in their own systems and then a second time, in FAMIS by DAGS personnel. One frustrated Director even pointed out that the current reporting systems don't have built in reports for Year over Year reporting! Not sure if that project is still in the works but the recently completed payroll program, although somewhat successful had it shares of problems according to State employees.  There was also a statewide ERP (Enterprise Resource Planning) IT Project that was canceled after spending $13 Million on the RFP process.Again, tracking the money in these Special Funds is a great idea, but there is a need to upgrade the accounting and financial system for this idea to work.  Governor and Legislators will say 'No Money'.