Chad Blair: A Casino In Kapolei? Don't Hold Your Breath

A DHHL proposal to build a casino in Kapolei has folks again talking up the idea of legalized gaming in the islands. 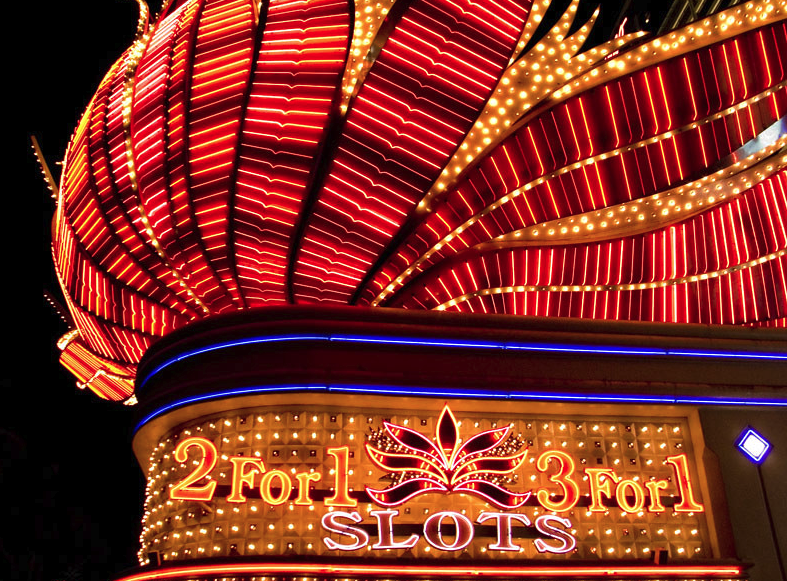 Poker. Craps. Slots. You can’t play them legally in Hawaii.

But, if a proposal before the state Department of Hawaiian Home Lands garners support, all could be allowed in Kapolei.

The Hawaiian Homes Commission has scheduled public hearings Monday and Tuesday via videoconferencing to decide whether a casino should be built on DHHL lands designated for commercial use.

The issue has provoked much interest: In addition to news reports, DHHL says that about 100 pieces of testimony had been received as of a Friday afternoon deadline.

The casino is described as a $50 million destination resort that could include a golf course, an aquarium, theme parks and more. The casino itself could be open all day every day.

The idea, as the draft proposal explains, would use the limited authorization of casino gaming to address “the dire financial state” of DHHL by ensuring that the department is the “primary beneficiary” of the operation through a lease agreement and “direct collection” of state tax payments on gross gaming revenue.

The bill, which would have to be approved by the Hawaii Legislature and the governor (more on that in a moment), cites as rationale a section of the state Constitution crafted during the 1978 Constitutional Convention: “The State and its people do further agree and declare that the spirit of the Hawaiian Homes Commission Act looking to the continuance of the Hawaiian homes projects for the further rehabilitation of the Hawaiian race shall be faithfully carried out.”

The bill further says that more than 28,000 Native Hawaiians are awaiting homestead leases while DHHL “struggles” to develop land and lots. To do that, the legislation says more than $6 billion for “infrastructure costs alone” is needed.

Based on the current funding levels, the bill calculates, it will take 100 years to meet the needs of beneficiaries. The COVID-19 pandemic is cited as contributing to an “unprecedented and historic” budget shortfall.

Let me just state right here and now: It is very, very unlikely that Gov. David Ige and the Legislature will approve a DHHL casino in 2021, especially in a session that will be dominated by budget woes and the pandemic.

Senate President Ron Kouchi is already on record saying that it would take “long odds” (so to speak) to pass such a bill. Republican House Leader Gene Ward, who has long pushed for DHHL to get more support from the state, is also opposed.

And Sen. Mike Gabbard, whose district includes Kapolei, said Wednesday, “I’d instead encourage DHHL to focus on those kinds of projects to raise revenue which are less controversial and have less of a social impact.”

Gabbard also pointed out that DHHL’s proposal raises a lot of legal questions, “given the fact that Native Hawaiians have still not received federal recognition like Native Americans.”

That it does. The Kapolei casino idea touches on several longstanding issues: chronic mismanagement of Hawaiian home lands, the struggle of Native Hawaiians to chart their own course, and how state agencies like DHHL and the Office of Hawaiian Affairs are subject to state and federal laws and leaders even while their priority is to beneficiaries.

It was, after all, the U.S. Congress in 1921 that passed the Hawaiian Homes Commission Act, thanks in no small part to territorial delegate Prince Jonah Kuhio Kalanianaole. The homesteading program run by DHHL today includes management of more than 200,000 acres of land statewide.

The Legislature has clashed with DHHL in recent years over funding, something that ended up in the courts. Cedric Duarte, a spokesman for DHHL, told me Friday that under the Ige administration funding for the agency from the state has been at record levels over the past five years.

DHHL receives roughly $24 million a year for administration and operational costs and around $25 million for capital improvement projects. But what the department says it needs, especially when repair and maintenance costs are factored in, is five times that amount, or about $240 million annually — hence the 100 year projection.

When the so-called Akaka bill proposing federal recognition for Native Hawaiians was being debated (and ultimately defeated), its opponents included U.S. senators from Nevada and Arizona who worried that gambling might come to Hawaii and that the bill was race-based.

Then there is the fact that Las Vegas is fondly called the “ninth island” because of local love of Sin City. “About 1 in 10 citizens of Hawaii visit Las Vegas each year, with many visiting two or three times per year,” according to a 2018 press release from the University of Nevada, Las Vegas.

Hawaii also already has gambling, albeit illegal forms such as cockfighting. The very same week the news broke of the Kapolei casino, Honolulu police carried out a search warrant on a suspected illegal gambling room in the Kapahulu area.

And we like to gamble. A 2017 Civil Beat Poll reported those who support a lottery, for example, led opponents 55% to 34% in the poll, with just 4% unsure and 7% saying it doesn’t matter.

Year after year, gaming proposals crop up at the Legislature. They have included calls for a casino in Waikiki, casinos in ships offshore, a lottery, Powerball, online betting, horse and dog racing, bingo and more. They all die, heavily opposed by law enforcement, conservative and religious groups, social service agencies and some (though not all) in the gaming industry itself.

But the financial lure is very tempting. The Tribal Business Journal reports that $30.5 billion was gambled at Native American casinos in 2015, compared to $29.8 billion at commercial casinos.

Of course, gambling is another form of tourism, something that COVID-19 has shown us how too dependent we are on visitors.

And yet, it’s worth pointing out that the casino bill says no other casinos would be allowed in Hawaii, and that the lease would be for just 20 years, although it could be extended. It calls for licensee applicants to create partnerships with educational institutions for job training for Native Hawaiians.

As well, annual financial reports must be submitted to the governor, the Legislature and the Hawaiian Homes Commission. There would be regular audits. And some proceeds would be deposited regularly into a gaming fund that would be used for a compulsive gamblers program and to address traffic and road issues in the resort area.

There is so much that could go wrong should this bill become law. But it illustrates that the issue of gambling in Hawaii continues to entice us. 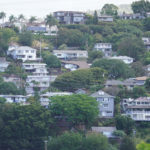 Tom Yamachika: Why Are Some Landlords Refusing COVID Funds?

I just donât like being told what I can or canât do.The only 2 states in the country that donât allow gambling are Hawaii and Utah.Why are we still debating this subject?If it can improve the way that helps Hawaiians get into their own land,go for it.Stop wasting time and make it happen.

Would just be more corruption to the already heavily corrupt system and it wont be Hawaiians who bennefit , just look at all the monies generated from ceded lands is all those multi millions of dollars bennifitted Hawaiians

Gabbard's answer is a classic non-answer.  But it's par for the course, as far as what lawmakers have resorted to, time & time again over the decades, to justify their opposition to legalized gambling.What I would like to know is: how sincere are our politicians when it comes to their anti-gambling stance? Are we to believe that they truly care about gambling's social/financial ills, if they themselves are known to test their luck in casinos in Atlantic City or the Indian reservations? Are we to believe they truly are concerned about the "criminal elements" of gambling, if they accept political contributions or accept hotel room/meal comps from resorts in Vegas?For once, can a reporter come right out & ask our lawmakers point blank: Do you gamble? Do you frequent casinos?Lastly, gotta love the, not 1 but 2, pics of the gaudiest casino signs for this article. No attempt to sway any reader's opinions on this issue, huh?