The media often ran into unnecessary roadblocks from the previous administration. Here’s hoping for a fresh start. 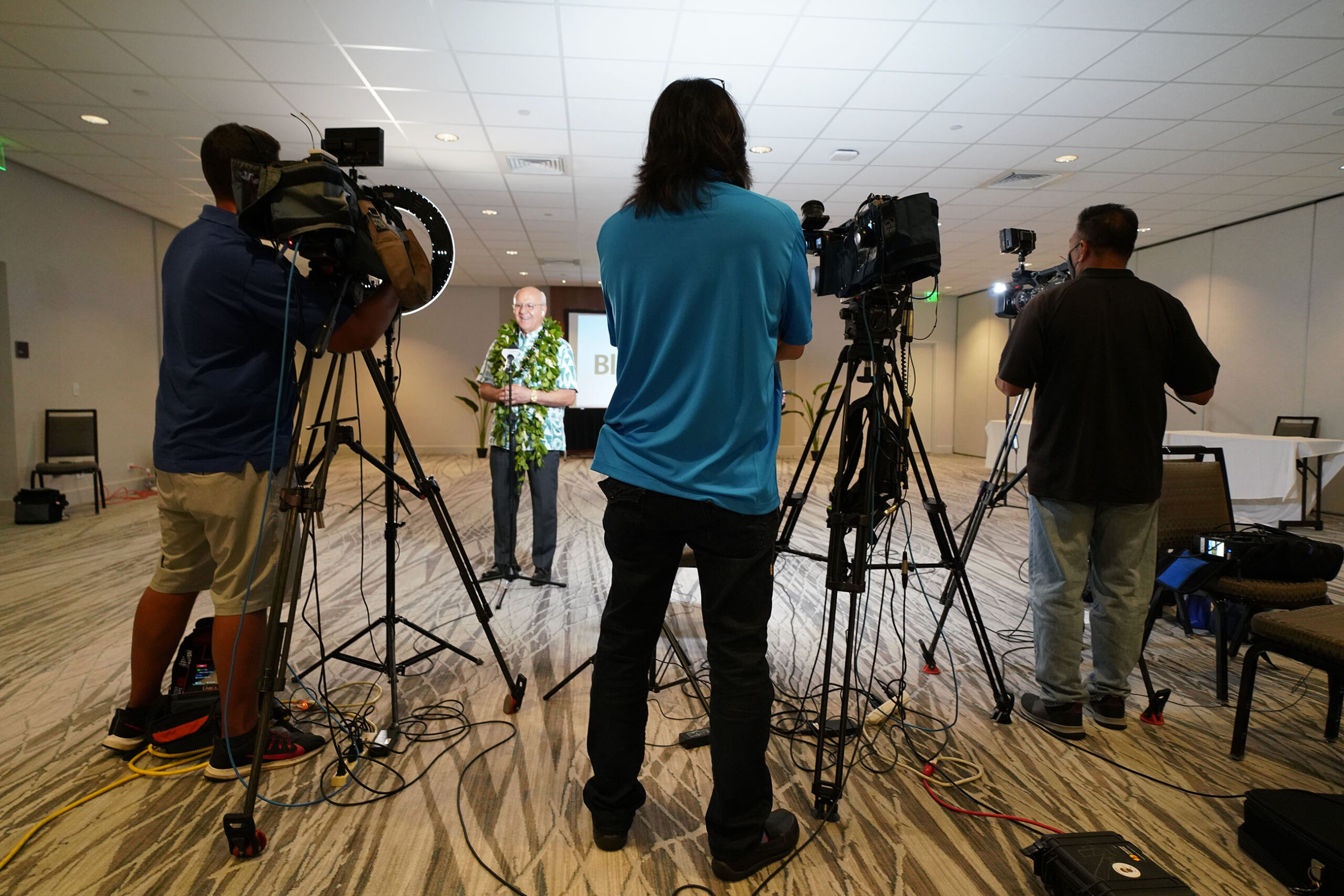 Rick Blangiardi, who will be sworn in as the chief executive officer of the City and County of Honolulu on Saturday, ran on the campaign message “It’s about you.”

It was messaging that sought to ensure voters that what he most cared about are the things important to citizens and not himself.

While Blangiardi was very light on details about what he would do once he got into Honolulu Hale, he did identify the following as his top five priorities:

It’s a good list. Now, with a solid mandate from voters, the former television executive turned mayor must deliver.

We wish Blangiardi the best but offer some suggestions to help his administration do its job and, by extension, help us do ours.

Blangiardi the candidate was accessible to the media when he needed to tell his story and persuade voters. Blangiardi the mayor-elect has been less available, speaking through press releases and spokespersons and often declining comment altogether such as on troubling developments within the Honolulu Police Department.

The former head of Hawaii News Now (our media partner) should not need to be reminded of the essential role the media plays in our society, of course. But we hope that he will pick up the phone when reporters and editors call, and that he makes his Cabinet and other appointees easily accessible as well.

The relationship between the press and top elected officials is, understandably, at times adversarial. But the best way to improve that relationship is through honest, open communication. It almost never serves the public or an administration well for journalists to be forced to repeat in story after story, “The mayor did not respond to media inquiries.”

Be Transparent With Us

They are called “public” records because, with few exceptions, they are in the public interest and — never forgot this, please — taxpayer-funded.

Blangiardi inherits a huge plate of issues that frustrated his predecessor and that are only exacerbated by the continuing pandemic and its negative impact on the economy.

While vaccines are now being administered and tourism arrivals have ticked up, no one really expects Oahu and the state to emerge from these crises anytime soon.

Tough calls are going to have to be made, and soon. Blangiardi will also have a City Council with five new members out of nine. They will have their own ambitions and concerns.

Already there are some moves by the mayor-elect that seem questionable.

While the Cabinet and leadership team announced Tuesday include a few carryovers from the Caldwell administration, obviously qualified nominees and some intriguing picks entirely new to city hall, naming a former leader of a pro-development lobbying organization to lead the Department of Planning and Permitting gives us pause.

Perhaps that problematic part of Dean Uchida’s background will be offset by his time as an executive with a major homebuilder and the land division of the Department of Land and Natural Resources. We’ll know soon enough.

Rick Blangiardi may continue to preach how “it’s about you,” but as he will soon discover, the attention on the new mayor — nearly all of it — will also be about him.

For our part, we will be watching, asking and reporting. Happy New Year. 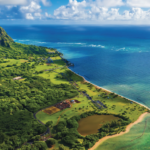 Progress On Climate Change Is Pathway For Economic Recovery

Blangiardi didn't list "tackling the pandemic" in his top 5 priorities. Not a good sign for HI's economy since it's impossible to separate the pandemic and its effects on people, businesses, and the economy. He already made public comments several weeks ago that he believes Oahu's current covid response policies/guidelines are too strict, not based on science, etc. In reality, the CDC and DOH metrics for reopening schools and businesses are based on science and recommendations from people with advanced degrees in epidemiology and infectious disease. Prioritizing testing, contact tracing, efficient vaccine delivery, and public messaging on the importance of physical distancing (and masks) are the strategies that will get kids back in schools and allow businesses to safely reopen/stay open. Pretending covid isn't a serious threat to public health/safety isn't good for the economy. That's been Trump and the federal government's "strategy" for 9 months, it's clearly not working. Look at Taiwan, their economy grew in 2020 and businesses/schools stayed open BECAUSE the government and citizens worked together to fight the pandemic head-on with pandemic response policies based on science.

Reading the comments it sounds like some people have already written off the next 4 years for Honolulu.  I wasn't happy with Trump, Ige or Caldwell but you have to work with whoever wins.  Email your elected officials.  Tell them what you think.  Constant public outrage is what got Anderson and Espinda to resign.  Writing to Civil Beat is fine but ultimately an email to your elected officials is what is going to make changes.  If enough people put pressure on them, they will listen or crack.I will admit that some of the emails that I have sent have been responded to with canned replies.  This is more true of the congressional and gubernatorial officials.  I've had more thoughtful replies from my district or even other legislative officials.  Others like the Hawaii Senate President or House Speaker don't even respond.But everyone needs to tell your elected officials what you think even if you didn't vote for them.  It does not end after you cast your ballot.

Some advice Blangiardi:  Get informed about how city and state government work.  It was clear during the campaign that you had never read the City Charter or State Constitution, so please do so now.  Then talk with people in each one of the city agencies who've been there a while to find out what that agency does, what they'd like to do, and what is outside their kuleana. With that type of grounding, you would be off to a good start. Lastly, with each of your decisions, don't just think about how they will impact "people", think about how they will impact the neediest people. For the sake of Honolulu and its people, I wish you well!