In a political climate where too many leaders are cowering in fear over social media comments and Twitter rants, David Ige and Kirk Caldwell withstand the storm. 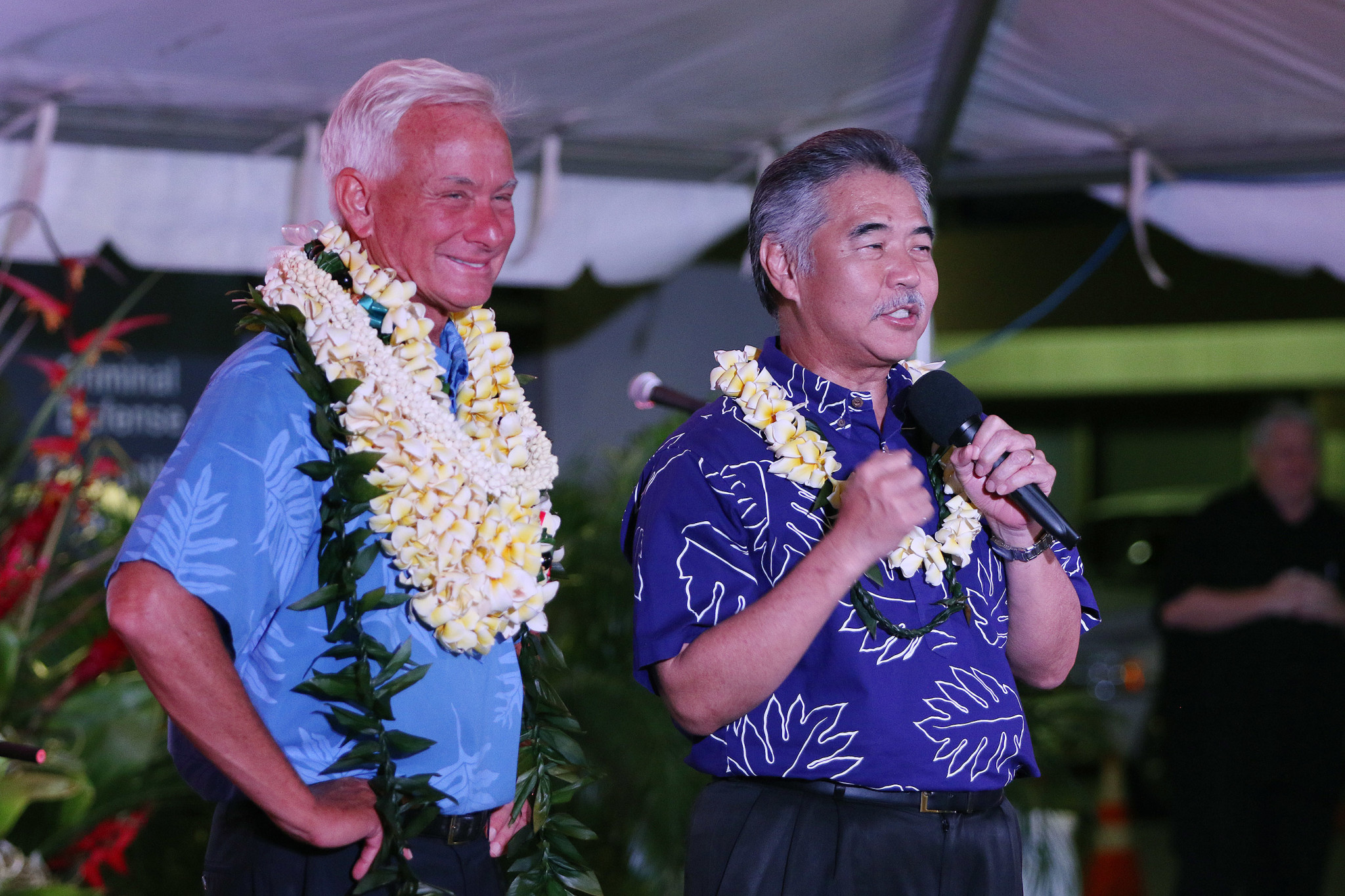 There is currently much discussion of politicians and political operatives on the national level being almost frozen with fear because “somebody” might say something mean about them on Twitter. Their every move is dictated by how it will be perceived on social media and what sort of criticism or nasty nicknames might come their way if they do not follow what the online herd or the most powerful Twitter user in the world says they should do.

Imagine being afraid to speak the truth or take proper action because of what someone might say — and not even to your face, but online — far-removed and bloodless? Imagine quaking in your shoes because someone might hit the all-caps button and call you a dirty name?

We still teach the kids the old “sticks and stones” suck-it-up line about how words will never hurt them, but in the last several years (OK, mostly in the last four years) there have been so many  “leaders” who seem to believe the contrary. Kids are taught to stand up to a bully, or to at least withstand teasing, but adults in public office cower and submit.

The kids notice. They see the discrepancy between how they’re told to be bigger than hurtful words, and how online comments seem to rule the world.

In the past, when invited to speak to students about writing and journalism, I would always get the same questions:

“How do you get story ideas?”

“How long does it take you to write something?”

“How do you handle writer’s block?”

It used to be stuff about the process of writing.

More recently, all students want to talk about is the blowback. “How do you handle mean things people say on social media?”

And not just college students. Little kids ask me this question. Kids in elementary school. As if it is the hardest part of my job.

It isn’t enjoyable, but it mostly doesn’t matter. It’s survivable. It’s ignorable. Nobody really cares about mean things that are said about other people. Everyone else is more worried about what mean thing someone is writing about THEM.

But that’s easy for me to say because I’m not a politician.

(And, of course, I give as good as I get. I would be weird if I didn’t acknowledge that my job is often to be critical of local leaders, and that what I write often provides a springboard and a forum for all sorts of comments and commenters.)

Gov. David Ige congratulates Mayor Kirk Caldwell on election night 2016, when Caldwell won reelection. If they only knew what was coming.

If fear of a take-down on social media dictates what politicians in the national spotlight do and say, then that pretty much makes Honolulu Mayor Kirk Caldwell and Hawaii Gov. David Ige two of the most fearless badasses around.

I mean, I know as well as you do that there is not much classically rugged about either one of those two gentlemen, but they deserve credit for having the fortitude to keep getting up and doing another press conference, and another, and another, despite the load of monkey poop that gets flung their way on social media every time they open their mouths.

Though they both pursued the privilege to hold executive office in the public arena, where quite often decisions have to be made that will make some people very upset and every move is subject to criticism, they sure didn’t anticipate that a virus would sweep across the world and cause cascading crises that require unpopular dictates from them every single day, sometimes many times a day.

And yes, the social media takedowns of both Ige and Caldwell have been brutal. I looked up a bunch of comments to quote here, and then decided that nah, no need to lift those up any higher. Not that the criticism is always unwarranted, but it’s all out there if you want to dig it up and unbox it.

Caldwell had been a favorite social media punching bag even pre-pandemic, and the hits have only increased. His various COVID-19 orders that at times made it OK for people to go to the beach alone but not OK if they take their kids, or OK to swim in the ocean but not to stand on the sand, or his weird curfew that lasted one weekend all brought an onslaught of online criticism.

Ige took a lot of heat when he essentially shut down the visitor industry by mandating a travel quarantine early on and kept it in place through the middle of October. Former Hawaii County Mayor Billy Kenoi took note and said: “To his credit, Ige had the guts to stand up to the entire tourism industry to protect Hawaii from the virus. Can you imagine the pressure he was under? That took courage.”

Ige says he actually does read social media comments, so he’s not just willfully ignoring it all.

And now he’s going into battle with the unions over furloughs. That’s going to be brutal.

Should we hold our tongues, holster our texting fingers, be gentle and compassionate with government leaders who are just trying to do a job that is so high-stakes and has no precedent? Nope. Not at all. Let ‘er rip. But every once in a while, maybe it’s good to look over and give them a nod and go, “Hey, we see you. This can’t be easy.” 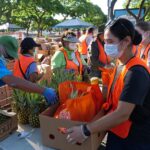 Danny De Gracia: More People Are Going Hungry And It's Only Going To Get Worse

There aren't many positives that come out of a pandemic. One of the greatest gains made during this one was that people could see what they meant to their elected officials. Some made orders that only make sense from the standpoint of what is good for business and swept past any respect for life.People are still waiting for help from the gov't. They not going to get it. All that money is going into state funds at year's end. Anybody bravely speak up for those people who were suffering. Getting them funds, unemployment, rent was not a big concern. Yet HPD got overtime.That's only one example where the people have been sidelined for larger interests. Isn't that clear when tourism reopens right at the start of the second wave? Is it worth the chance to find out if its going to work? Places that opened to college students, for example, had increased deaths directly related. We are putting our poor up to that risk. It's disengenuous.We can't lose faith in ourselves and what we see going on. We need real leaders we cannot get since we're so uneducated about how things work. There's a vaccine. don't let it make you forget who is important here.

For the circumstances that we found ourselves in starting in late March this year, anything that any leader did to mitigate the situation was bound to fail in the eyes of a majority of the people they led over. What I suspect will be the "judgement" on any of these leaders is not what they did during the crisis, and the failures from them, but how they work to recover their image with the introduction of the vaccine and things start to return to normal sometime in the second half of 2021.

I appreciate that Ige had the wherewithal to shut tourism down when needed, which couldn't have been easy, but he tends to be reactionary rather than visionary. The Safe Travels program has been poorly implemented because leaders didn't really commit to finding ways to truly make it safe for tourists to come. Refusing to pay for a second test for visitors has only cost us more money.