Lee Cataluna: Leeward Professor Inspired Greatness On And Off Stage 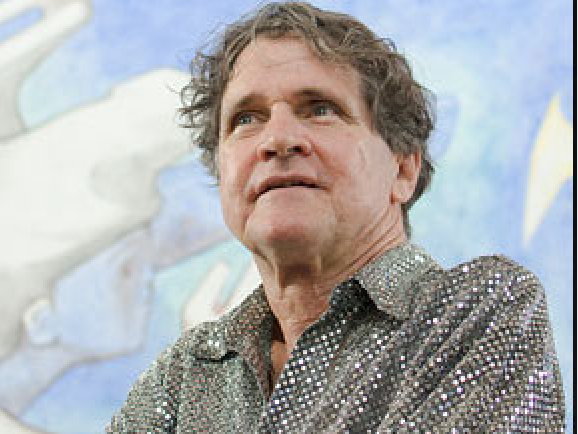 “He was the first person to say we are all beautiful creatures. Magical. I never saw myself as beautiful or thought that I could create magic,” said Chelsea Yamashiro, a teacher and performer. “I bring this mentality to my students now; that they are magic and beautiful and forces to be reckoned with.”

For 36 years, he taught acting at Leeward Community College, polishing raw talent, helping to launch careers, insisting that acting was to be practiced as a discipline and a commitment. As much as he contributed to building the creative workforce in Hawaii, he was also determined to build good citizens.

When he retired from LCC in 2011, Cravath said his greatest accomplishment was putting at least 100 students on stage every year, thousands over his career. At just about any theater production in town, you can find at least one, often many, of his former students, and you can hear their stories of a professor who was encouraging, at times brutally honest, and fiercely devoted to excellence.

“It was his class that led me to audition for Miss Saigon and eventually win the lead role,” said Kristian Lei, who played the lead role of Kim in the Cameron McIntosh production in Germany, and has built a career in professional theater. “Paul recognized that talent in me before I could. That’s the epitome of a great teacher — to see gifts in their students and help them see it in themselves.”

But Cravath knew he wasn’t running a farm team for Hollywood or Broadway. He knew many, if not most, of his students may never set foot on stage after his class. His mission was to teach life skills that would transcend his course, and carry on to any career goal. He wanted to shape strong people, brave thinkers, reliable humans.

Toward this end, Cravath drew up a list of rules which he called “Ethics of Theatre.” He presented the list to every student in his class and on his stage. Years after graduation, his students can still recite the rules:

“I used to think I was teaching theater, but so much of what we talk about is personal growth and development,” Cravath once said.

Actor and stand-up comic Daryl Bonilla remembers that Cravath would sit behind the curtain during performances, never out in the audience. As a student actor, Bonilla once was late for his entrance, and the scene moved on without him.

“With Paul right there, I turned to him, smiled, nodded, and sheepishly walked back to the dressing room,” Bonilla said. “I’ve never missed an entrance since.”

“I taught some beginning acting classes at UH when I was a graduate student, and I hated it. I was 45 and had been acting myself for 30 years. As much as I enjoyed coaching actors, the idea of trying to impart all I had learned about acting to clueless students seemed ridiculous. Paul hired me to teach Introduction to Theatre and Drama at LCC, and I started dropping by his beginning acting classes. Wow!” Burdick said.

Originally from Minnesota, Cravath came to Hawaii in 1971 after getting his MFA in theater from Tulane. He studied Asian theater at the University of Hawaii Manoa, where he earned his Ph.D. In 1988, he joined the faculty at LCC.

Cravath won a Fulbright grant to study the Indian film industry and aesthetics, and published a book, “Earth in Flower: The Divine Mystery of the Cambodian Dance Drama.”

But Cravath knew he wasn’t running a farm team for Hollywood or Broadway. He knew many, if not most, of his students may never set foot on stage after his class.

At Leeward, he taught the classics while also supporting the creation of new plays. He championed place-based theater productions, working with kumu hula Victoria Holt Takamine on a play called “Mānoa,” and later, creating “The Leeward Trilogy,” a series of large productions named for and inspired by westside Oahu communities. New plays about Hawaii were as important and serious as the literary canon.

The performances Cravath staged at the community college became known for daring design and creative risks. In the ’90s, he staged Moliere’s “Tartuffe” with a huge trampoline built into the floor of the stage.

“If you saw his Leeward productions, there was no question that he gave every actor the opportunity to go big. Each one got a moment where all eyes were on them,” said Professor Craig Howes, actor and Director of the Center for Biographical Research at the University of Hawaii Manoa.

“Most of them did not go on in theater. For many, it might have been the last play they would ever do. But he put them out there, and made them feel that nothing in the world that night, that week, that month, was more important than what they were doing … And he insisted that everyone in the cast supported everyone else in that shared commitment. He somehow managed to have productions with some of the biggest, most extreme performances you would see anywhere, but with no ego. How do you do that?” 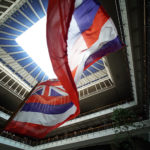 Hawaii's Legislators Should Act Boldly In The Upcoming Session

So sad to hear of Paul's passing.  He was my Dharma brother, living at the Kagyu Thegchen Ling (Tibetan Buddhist) center in Manoa and later at Friends of Buddhism house.  Although he'd had polio as a kid and walked with a limping gait, he never let that stop him from being energetic, positive, fun and a bit mischievous.  Generous of heart, he was warm and welcoming to all who came to either center, he was dedicated to keeping each one going.  Loved you my friend!

I wish I had the opportunity to have known this man

A truly fine, gentle, and warm man. I was honored to perform with him in the Kumu Kahua production of SUMMER'S WAR directed by Dennis Carroll. I truly loved the man.Mahalo Lee for this tribute.