Chad Blair: New Progressive Caucus Hopes To Be A Force At The Legislature - Honolulu Civil Beat

Chad Blair: New Progressive Caucus Hopes To Be A Force At The Legislature

The new caucus will advocate for issues members say are not getting the attention they deserve. 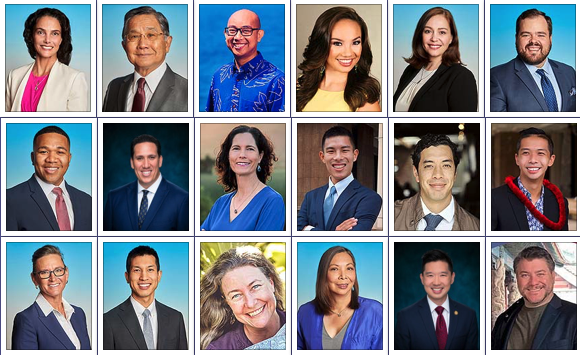 A few weeks back I was asked on a Zoom invite about the impact that new, progressive-minded legislators might have at the Hawaii Legislature.

I replied that what often happens is that new members tend to come in to the Capitol with plenty of vim and vigor but eventually become subsumed into the greater whole. Unless they can find their way into leadership posts, their influence may not be that great and their own ideas for policy may not get far.

In retrospect, my response may have been too cynical. I am also reconsidering my view in light of a new development: the launching of a brand new Progressive Legislative Caucus.

The caucus, a House of Representatives press release explained on Jan. 12, “will focus on the key issues of equality and justice and will work to develop and empower public leaders who will improve the economic and social conditions” in the state.

While none of the progressives yet carry the clout of top leaders in the House and Senate — the Saikis, Lukes, Kouchis, Dela Cruzes and their ilk — it is an impressive number in the 76-member Legislature and suggests that the caucus might have some sway.

LoPresti, who is on his second stint in the House after a failed run for the Senate, describes the caucus as a resource for encouraging members to “build up one another, have real policy discussions and debates, and find ways to empower progressive legislative voices and ideas that most Americans in general and Hawaii state residents in particular support.”

“We want to build a more just society,” LoPresti told me.

For him, that means introducing legislation to raise the minimum wage from $10.10 to $17. Another issue is paid family leave. Both issues were considered in the 2020 session before the coronavirus invaded our state last spring and snuffed out all but the most essential legislation.

For San Buenaventura, who was elected to the Senate last year after serving in the House, the focus is on reforming asset forfeiture laws. That involves not only trying to change rules that allow law enforcement to seize and keep the possessions of people who have been charged — but not necessarily convicted — in criminal cases but also people trying to protect their savings and wages from creditors.

“It goes back to what I saw as an attorney where I represented a lot of working-class people,” she said. “I saw a lot of people who had worked all their lives and all of a sudden, because of the impact of the 2008 recession, they basically lost everything.”

San Buenaventura said the harsh impact of that recession continued for years. The COVID-19 pandemic has only made things worse, hence the need for enabling legislation on asset forfeiture.

A Movement With History

Legislative caucuses can be made up of members from both chambers and even from both major parties.

Usually the groups propose specific legislation. In the case of the Progressive Caucus, however, because it was formed only late last year it won’t produce a package of bills until the 2022 session, said LoPresti.

Members will instead meet regularly to talk story about ideas and issues, and weigh in on proposed legislation.

LoPresti says he sees “little daylight” between the terms “liberal” and “progressive,” but he points out that the Progressive Caucus has a lot of freshmen and skews younger in age. Like LoPresti, San Buenaventura and Keohokalole were part of the freshmen class of 2014.

Historically, the progressive movement dates to the late 19th century and early 20th century and centered on a wide range of issues such as the right of women to vote, the end to harsh child labor standards, efforts to root out government corruption and to break up powerful business conglomerates.

Today the movement is perhaps best exemplified by Vermont Sen. Bernie Sanders and Rep. Alexandria Ocasio-Cortez who have pushed ideas like Medicare for All and the Green New Deal.

There has been pushback from moderate Democrats and especially Republicans. Just last week the Biden administration terminated the Trump administration’s 1776 Commission that was characterized by The New York Times as “a sweeping attack on liberal thought and activism that calls for a ‘patriotic education,’ defends America’s founding against charges that it was tainted by slavery and likens progressivism to fascism.”

Hawaii has from time to time embarked on a progressive path, most significantly with the passage of the 1974 Prepaid Health Care Act that requires Hawaii employers to provide health care coverage for all eligible employees.

The power of ideologies ebb and flow, but the Legislature in recent years has approved progressive-leaning laws allowing for same-sex marriage, medical marijuana and decriminalization, and medical aid in dying, to name just a few. But progressives are always seeking more progress.

The main purpose of the Progressive Legislative Caucus is to at least start talking about ideas to make things better in our world.

“I basically want to talk to like-minded legislators and see if, even if bills don’t pass, whether we can at least have the conversation,” said San Buenaventura. “It’s really easy to feel like your voice is drowned out when your bills are too progressive and don’t seem to pass or get mileage.”

The new caucus is also about mentoring.

“There are opportunities for legislators like me to help with leadership training for younger legislators,” said LoPresti. “It’s about trying to expose them to opportunities early and to help elevate progressive voices and policy proposals. We need to push the changes our society deserves.” 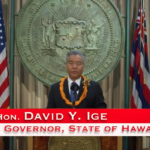 Ige's State Of The State Speech Skips The Difficult Details

I am very hopeful hearing of the progressive caucus. Supporting each other in passing progressive legislation is a HUGE change!

To Perseus: Currently, the cost of all local housing development starts with how to pay Wall Street banks for financing, and then how land owners, developers, realtors, construction contractors and unions, and county property tax collectors get their "cut" before determining what is defined as "affordable." Our big "local" banks are also primarily owned by absentee shareholders, and export most local profits out of state. "The Public Banking Institute was formed in January 2011 to work for Public Banking at all levels: local, regional, state, and national. This is not a new or radical idea."Privately-owned banks have shareholders who generally seek short-term profits as their highest priority. Public banks can reduce taxes because profits are returned to the general fund of the public entity. "The costs of public projects are also greatly reduced because public banks do not charge interest to themselves, which can reduce the costs, on average, by 50%."With city and state-owned banks, we cut out Wall Street middlemen. Our communityâs cash stays home to benefit us! Bank fees are eliminated, interest costs drop, and public bank profits are reinvested into our communities."

I hope this is not just another flash in the pan legislative maneuver.  Waiting to introduce something in 2022 is toolate and too far away.  We want action now. Waiting is no longer a feasible option for corrective legislative action.