Denby Fawcett: It’s Finally Time To Evict Donald Trump From Our Brains — And From Office

Trump, more than any other president, has been able to engage both his supporters and detractors with his ceaseless grab for attention. 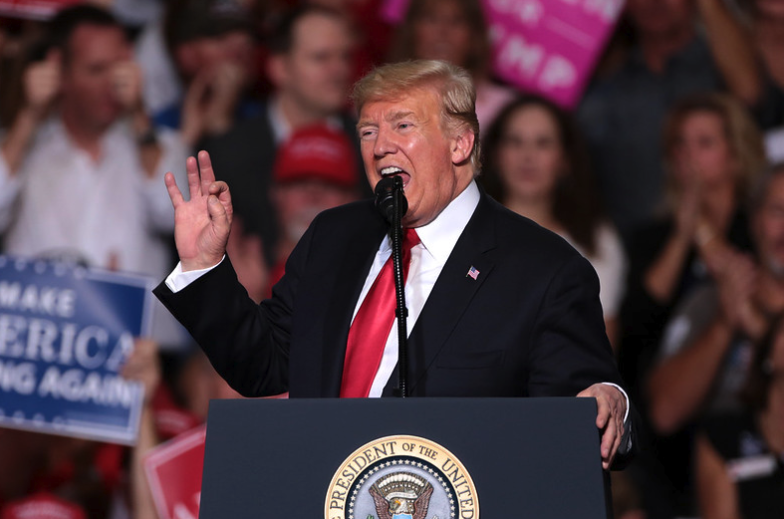 At last merciful silence from the White House. Only after Twitter and other social media platforms suspended President Donald Trump’s accounts is it possible to fully grasp how noisy he has been for the last four years.

Trump incited a riotous mob last week, encouraging his supporters to go to the U.S. Capitol and prompting a frenzy of destruction to try to overturn the lawful certification of Joseph R. Biden Jr. as the next U.S. president, leaving five people dead, including a Capitol police officer.

It took the insurrection for Twitter and other platforms to finally muzzle the president indefinitely.

We have been given respite from Trump’s daily ruminations, although that might be temporary because like a zombie who keeps advancing, Trump is certain to start his own social media platform to continue spewing his hatred and lies.

When MSNBC show host Rachel Maddow asked Hillary Clinton a few years ago about Trump’s obsessive attacks on her, Clinton said, “I have been living rent free in Donald Trump’s brain and it is not a nice place to be I can tell you.”

The former secretary of state and presidential candidate was referring to Trump’s never-ending calls for her to be investigated, which she said was his way of firing up his base and deflecting attention from his own misdoings.

Clinton may have seen herself as a fixture in the president’s head. But the real story is how Trump managed to live rent-free in most of our heads for the last four years.

Trump, more than any other president, has been able to engage both his supporters and detractors with his ceaseless grab for attention. His crazy tweets, transmitted sometimes hourly, became a time suck and a major distraction.

New York Times columnist David Brooks pledged to evict Trump from his head where he had taken up “an amazing amount of brain space.”

“My brain has apparently decided that it’s not interested in devoting more neurons to that guy. There’s nothing more to be learned about Trump’s mixture of ignorance, insecurity and narcissism. Every second spent on his bluster is more degrading than informative,” Brooks wrote.

Bypassing Congress and talking directly to the public through the media is a hallmark of every 20th century president, as described by political scientist Jeffrey K. Tullis in his book “The Rhetorical Presidency.” Trump is no different in that way.

Rhetorical presidencies starting with Theodore Roosevelt and Woodrow Wilson are a modern evolution from 19th century presidents, who sent their proposals to Congress, often via written messages rather than taking them first to the American people.

But Trump is definitely different from his modern predecessors in that his messages to the public have been tainted by his lack of understanding of the job of the presidency and his ill preparation for his position, as well as his tendency to make up things.

Levin pointed out that Trump came to the presidency without ever having held elected office or a senior position in government or the military.

He said Trump’s engagement with politics both before and while in office focused on “bombastic commentary.”

“Trump seemed to understand the power of the presidency as fundamentally rhetorical — a way of changing reality by saying it should be different, or insisting that it was,” Levin wrote.

He called Trump’s behavior a more radical rhetorical approach to the presidency than taken by those in office before him.

“He implicitly assumed that announcing a new policy or action was the same thing as undertaking it. And at times he even behaved as though declaring a new reality simply made it true,” wrote Levin.

Before he was elected, Trump was well-practiced in bending reality. His job had been promoting himself and his real estate products and marketing a fictional version of himself as a successful tycoon on the reality TV show “The Apprentice.”

After a careful review of his tax records, the New York Times found that many of Trump’s developments had suffered huge losses but that he’d been thrown a financial lifeline of $427 million from playing his role on “The Apprentice” and licensing and endorsement deals based on his trumped up TV image.

The Times called Trump’s fantasy character “the myth that propelled him into the White House.”

Trump’s forays into fantasy have been highlighted by his approach to the coronavirus pandemic, at first calling it a hoax and later claiming it was under control and would be over by last Easter.

Trump’s most recent fantasy was that the presidential election had been stolen from him after he won by a landslide.

“He proved unable to digest unwelcome news and unable to respond to it with anything but speech and tweets — a denial of plain fact that he seemed almost to believe could bend and transform it,” Levin wrote.

If he intends to run for office again, Trump needs to focus instead on publicizing his real successes.

Those include getting almost 74 million popular votes — more than any sitting president before; changing the face of the judiciary for his conservative supporters by appointing three associate justices to the U.S. Supreme Court and 54 judges to the federal Court of Appeals, as well as his efforts to bolster peace in the Middle East by creating an informal alliance between Israel and some Arab states to isolate Iran.

But maybe that’s too much reality for @realDonaldTrump, where talk, chaos and fantasy seemed easier than the grinding hard work of being president of the United States. 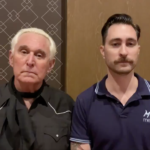 Nick Ochs And Hawaii: A Harbinger Of Local, Right-Wing Politics In Our State?

Trump stands like the "Joker" in our midst hand thrust to the sky laughing at his own apotheosis, the Coronavirus his crown.  His lost minions  gathering as I write this  week to throw themselves into the volcano of his delusions. We may have ghosted 'divinity' in our political and secular lives and seen more and more of our young people become "nones" but it seems many still need to worship something transcendent , they will even fashion their own god from the tinsel and glitter of rumors and myths.  As the second witch says to Macbeth after he has stolen the crown by killing the rightful King, "Something wicked this way comes..."

On the other hand, can you believe that our Federal Government is having an in person inauguration of President elect Biden. That is a recipe for disaster and a super spreader Covid 19 event. There is no social distancing, etc. Just do a Zoom meeting and make everyone stay home than there won't be any protests or violence. What the government wants for the people should be what they want for themselves. Could you imagine if all the lawmakers got COVID 19 and died; Our country would be on the brink of destruction. With Trump leaving office, this country needs to think smarter not dumber.

I would not be at all if the outcome of all this was to be a three party political system with Dems, Repubs and something else that was essentially non-Trump Repubs. Less likely but also possible would be a split among the Dems into Progressives and Institutional. I think that would be great. The current two-party system (plus marginal outliers) is past its expiration date.